Invitations to Play and Learn: Science Center and Collaberation

As the big children continue to mature in their learning I am trying to move them towards more independent learning and learning to work together to do a project or master a concept. As I set up the schoolroom upstairs I tried to think about making spaces that would encourage them to work together with minimal help or supervision from me.

One natural place for that kind of work is in science- so I decided to establish a science center and to have them work with each other on the both scientific areas we had chosen for this year.

I tried to make the space inviting and to have them work in it every day. All of the materials they might need are nearby and the little table provides enough space to work without isolating them from each other. 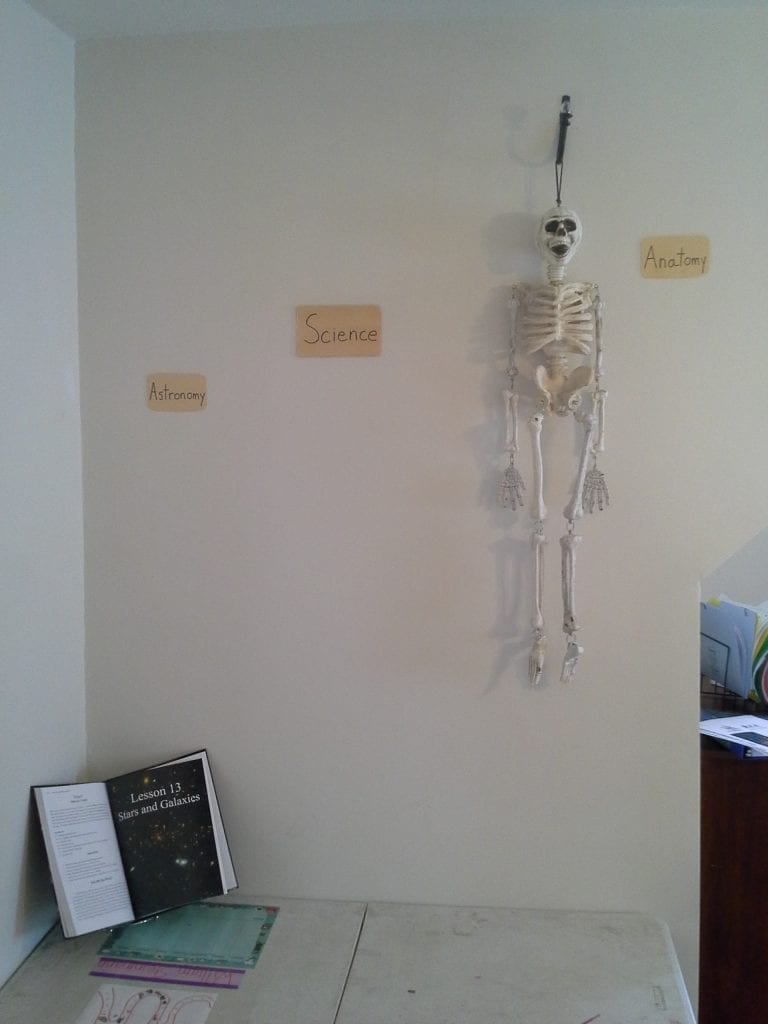 I thought it would be appropriate to study the stars during Epiphany so I collected materials on constellations and stars and wrote assignments into my planner.

So far I’ve learned the following:

In two weeks they have read two books about stars, started a “galaxy of star facts” on the wall, and made and mounted a diagram of the life cycle of a star. 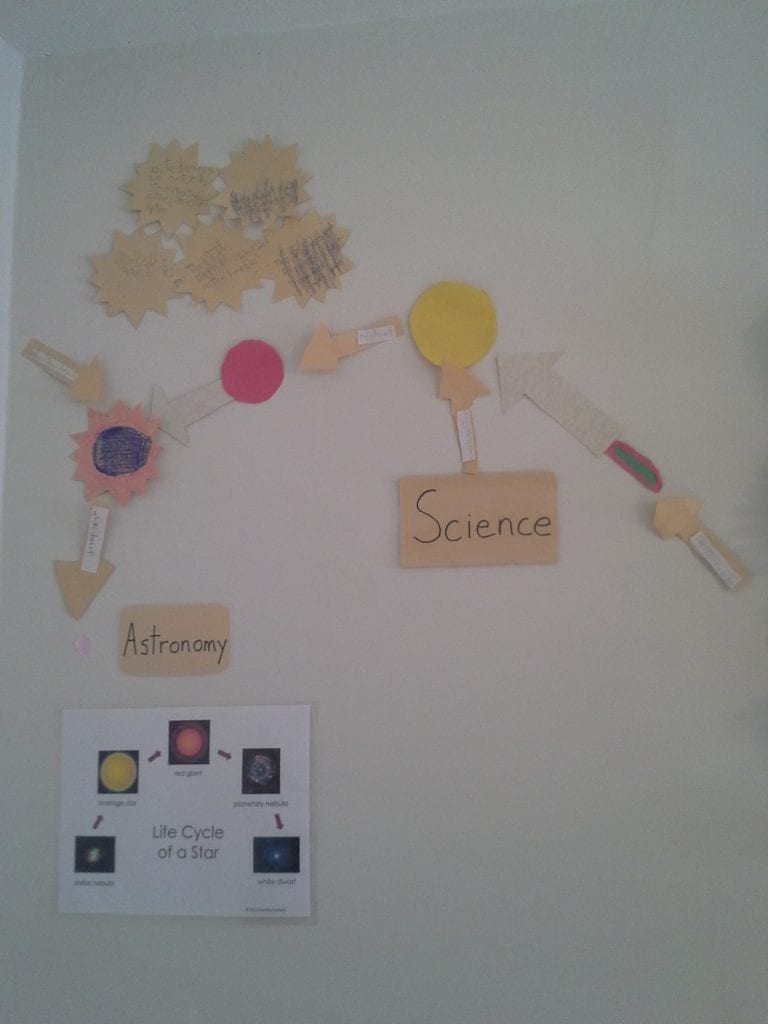 The “Galaxy of Star Facts” is at the top of the picture. 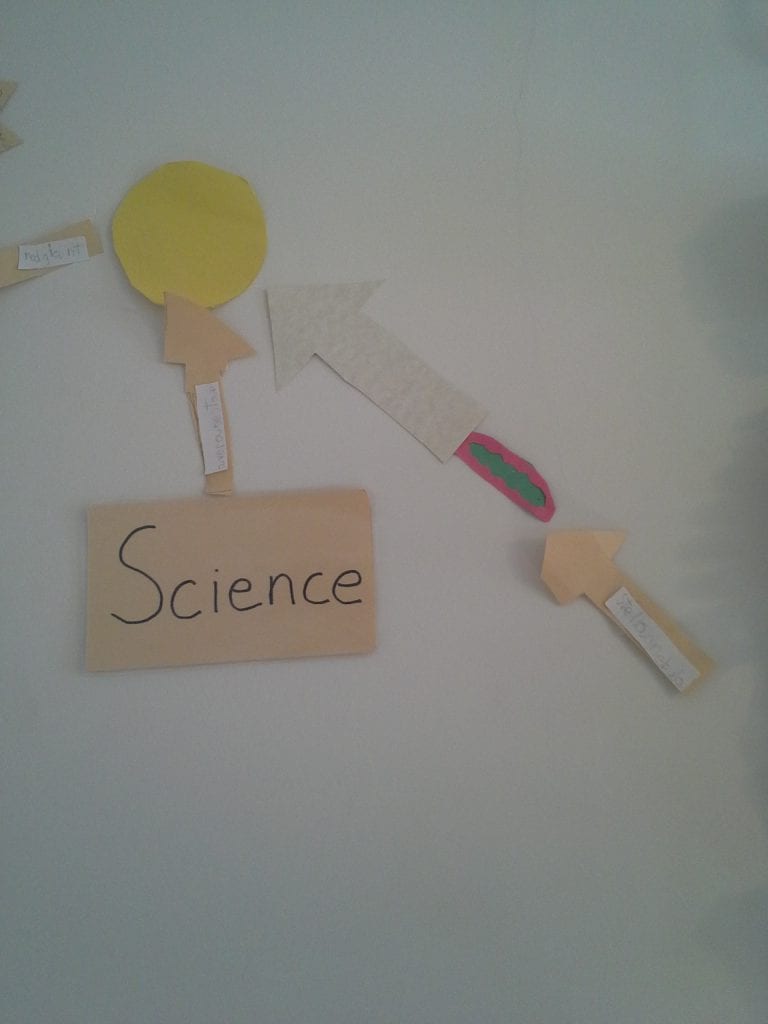 We’re not moving as quickly as I had thought we would, but I’m not unhappy with that. Science is something we do all year and I’m very pleased with the way having them work together with very little input from me is helping them to deal with their strengths and weaknesses. The skills they are developing in listening, making a plan for a project, figuring out who should do what to accomplish it and actually implementing their plan are skills that will be useful for their entire lives. They are learning the material thoroughly even if slowly and that’s a trade off I’m content with for now!

This entry was posted in Elementary Education, Elementary School Projects, Science, Uncategorized and tagged invitations and provocations. Bookmark the permalink.