Invitations To Play And Learn: The Skeleton In The Sandbox

Posted on September 3, 2014 by Kyndra Steinmann

The big two are doing doing Story of the World Book One this year for their history. The book covers the ancient world from prehistory to the fall of Rome and begins with a discussion of where historians get their information so we’ve been talking and reading about archeology.

As is becoming more typical in our learning, I introduced some of the basic concepts, then checked a couple of books out of the library. We had the books around for about a week, during which the big two looked at them and read bits of them to themselves and the little boys. On Thursday I assigned the main archeology book as their history reading for the day (it was part of the Usborne Young Scientist series). This was a read and report type of assignment. They read together and then used a combination of narration and my asking questions to tell me what they had learned. 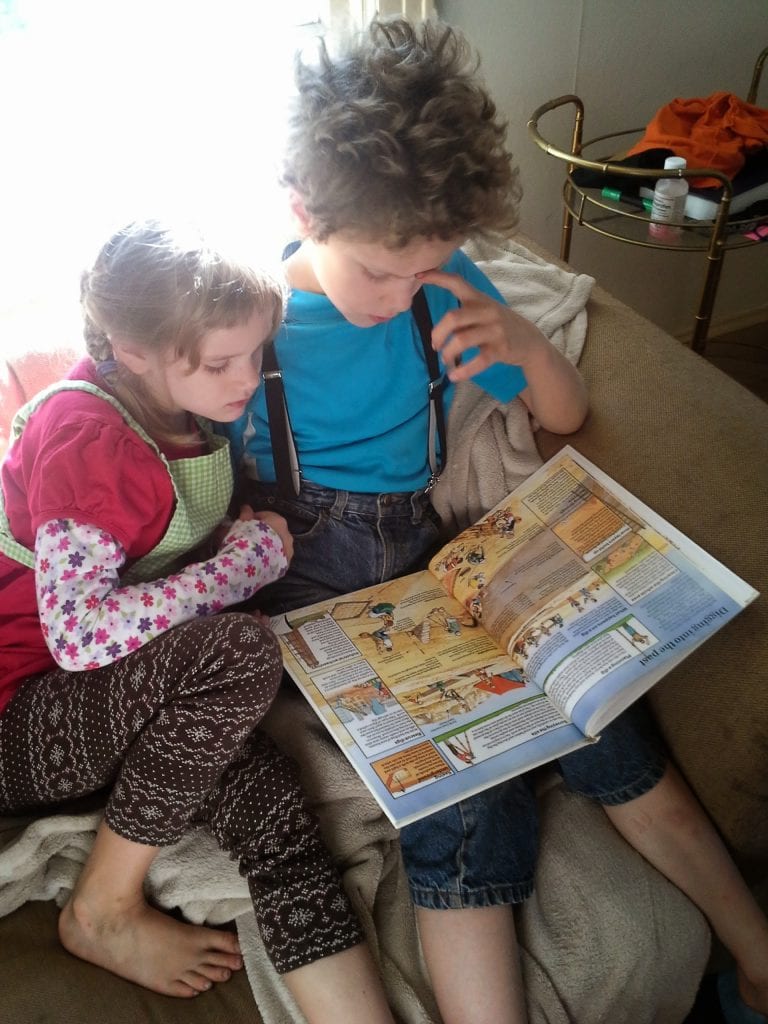 I wanted something more to get across some of the concepts of the precision needed to make a good dig, and the kinds of information that can be gained from archeology so I set up an invitation in the sandbox.

Skeleton, beads, a couple of toys, a broken dish with dried beans and rice grains; a couple of spoons, a sieve and a brush as well as a clipboard with some questions for the big two to think about and some blank paper for drawing whatever they thought they needed to.

When they got up from naps I sent them out, with their equipment to find a site for a dig. 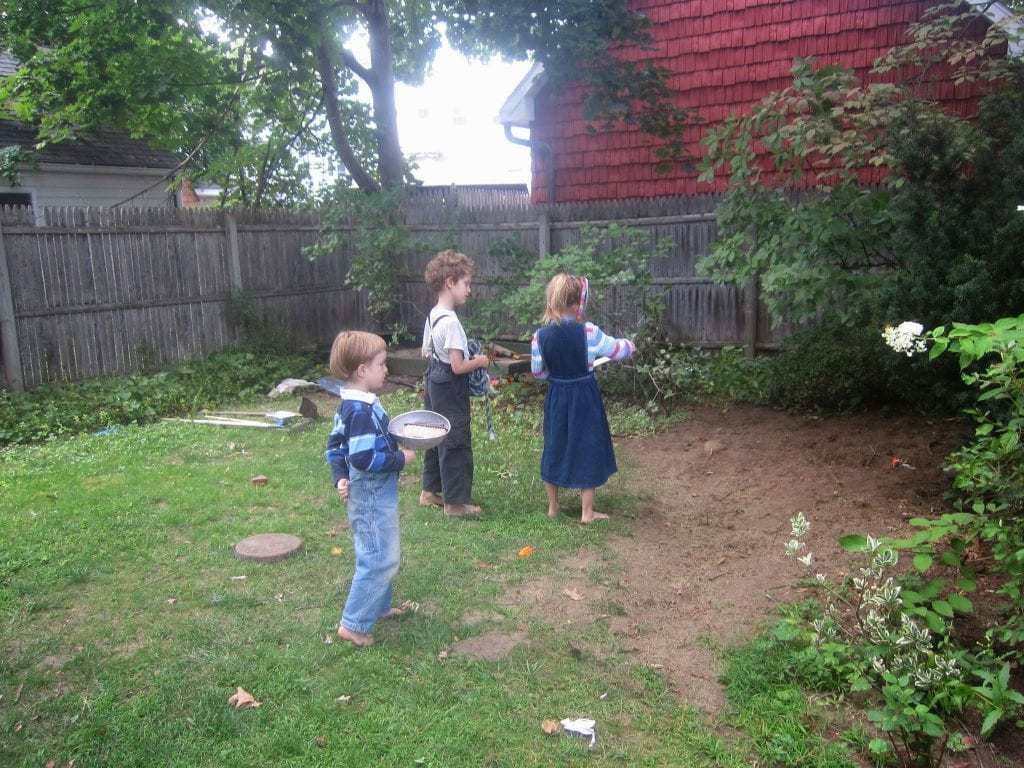 After looking at some spots in the yard and doing a bit of exploratory digging (as well as some arguing over whether the disturbed dirt they were seeing had been from a previous dig or a squirrel) they happened upon a promising spot…. 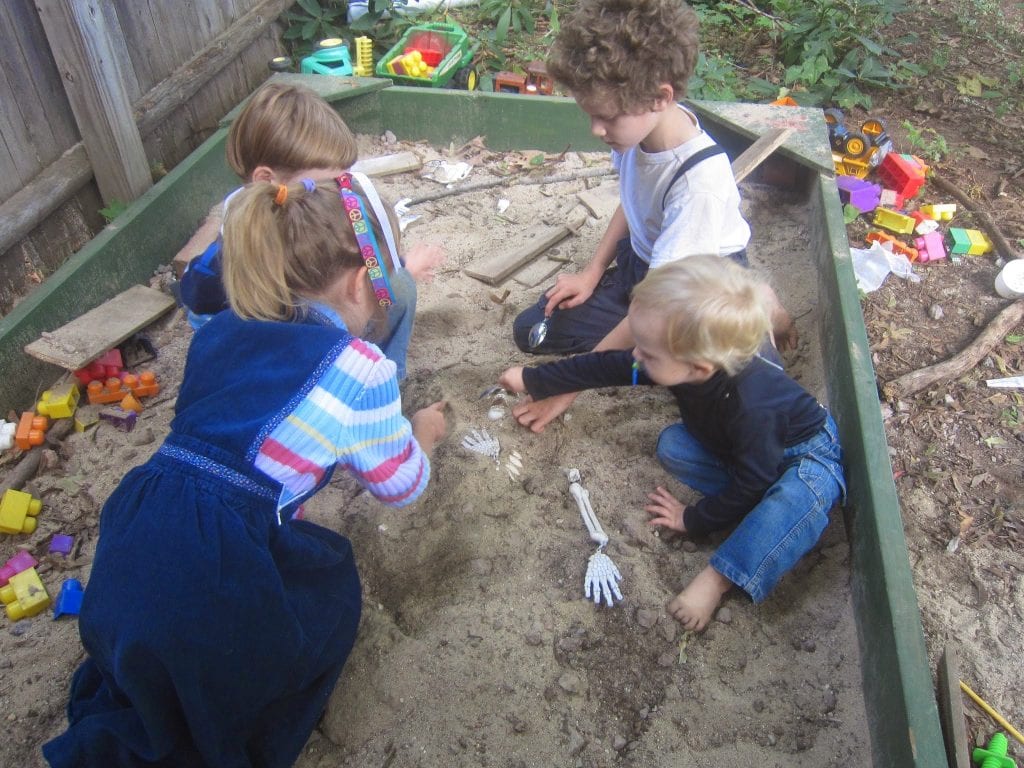 Two of the three archeologists were clearly more treasure hunters than historians. They moved much too quickly for the chief archeologist so he made them leave the dig until he could make a diagram of what had been uncovered and where 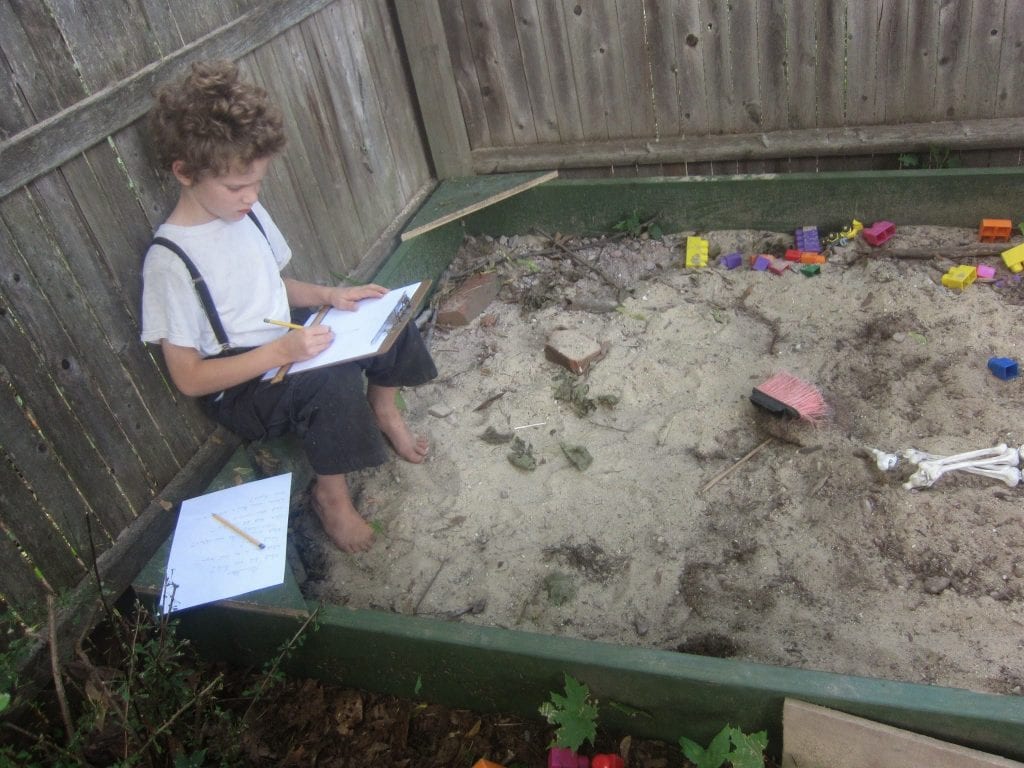 My precise child draws the site.

When they resumed digging they removed the skeleton and sifted the sand for small objects. 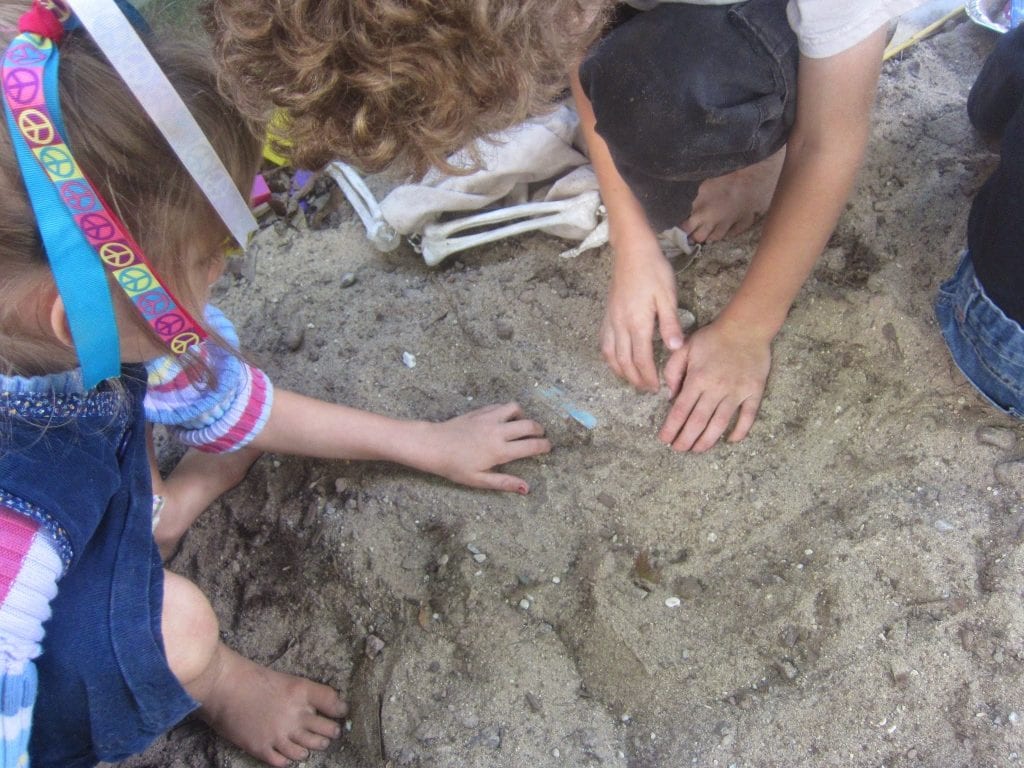 Discovery of an object buried with the skeleton- a toy boat, what could it mean? 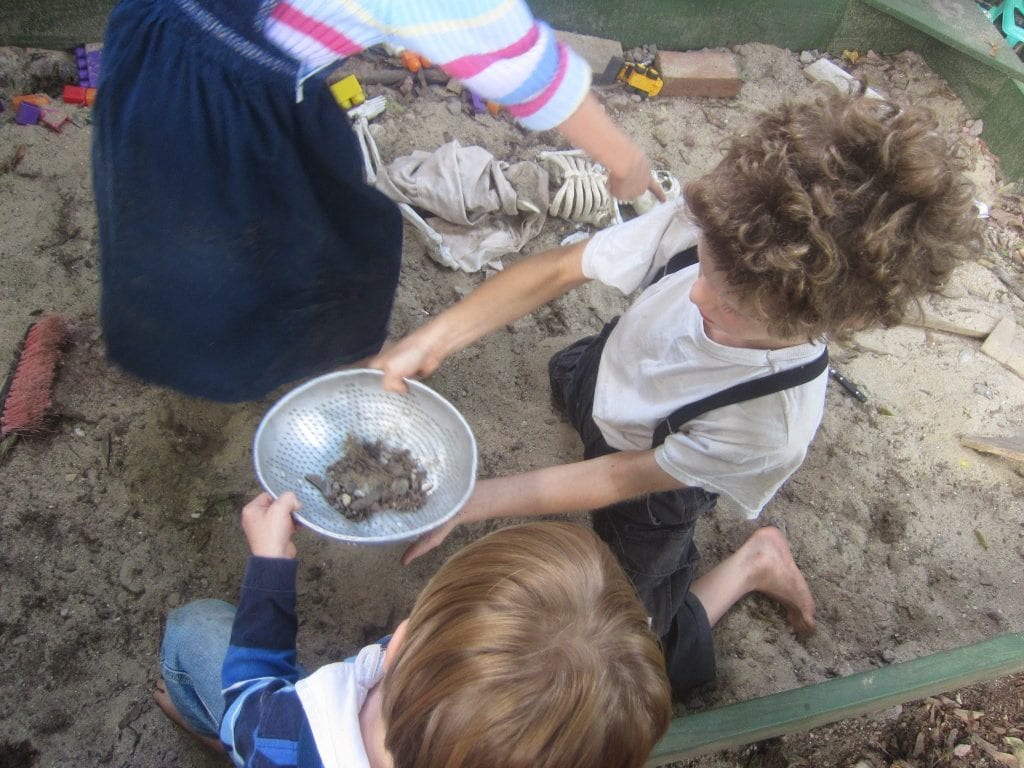 Sifting for sherds, rice and beans…

All the finds were cataloged and some preliminary conclusions were reached as to the type of burial, and the importance of the details….but that’s another post!