Posted on August 5, 2014 by Kyndra Steinmann 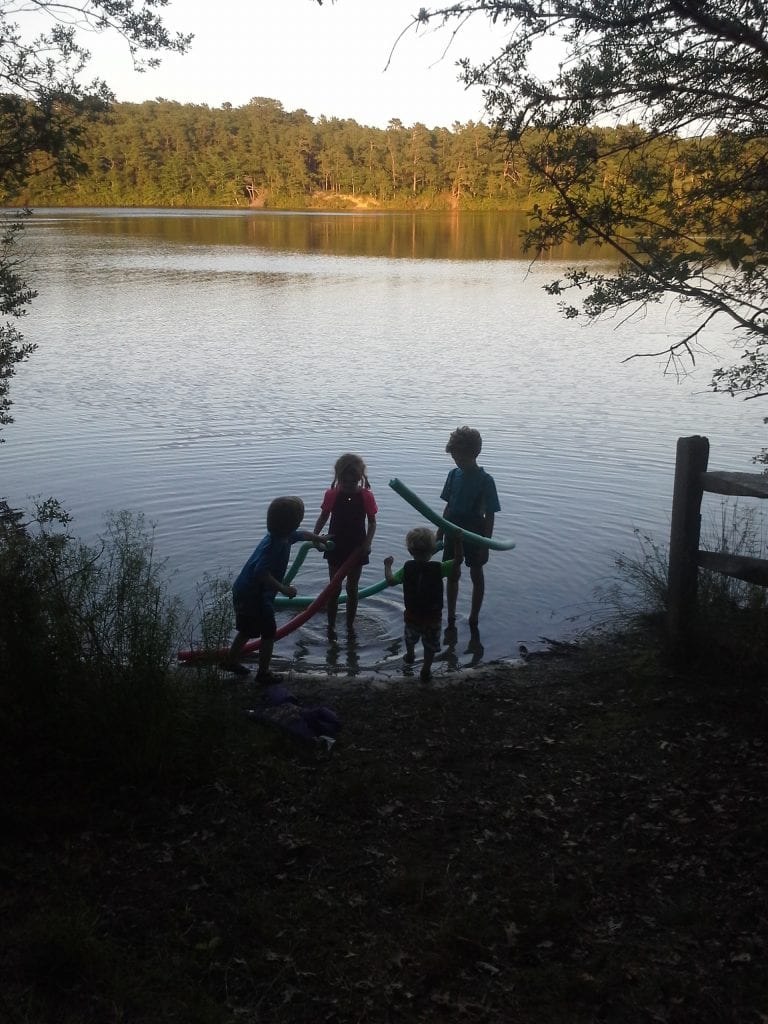 We drove out to Cape Cod yesterday, the children and I. S will join us at the end of the week as he can catch a bus out here for about $20 and avoid driving in weekend traffic (one of the benefits of the Northeast is good public transport).

My grandparents have a cottage here on the same glacial melt pond where they brought my mother and her siblings when they were children. They bought the cottage when I was about ten (?) and my siblings and I used to spend a few weeks with them every summer. I’m so excited about being able to bring my children here and revisit (relearn) the places we loved!

We arrived about supper time and the children unloaded the van with great enthusiasm since I had promised them a swim in the pond when they were done. The cottage faces the pond but is up on a bluff so we use the little “public beach” next to it as a way to launch boats and go swimming. ?Beds made and supper (glop because it’s quick, easy and Grandma invented it!) started we hurried into swim things and scampered down to the water! 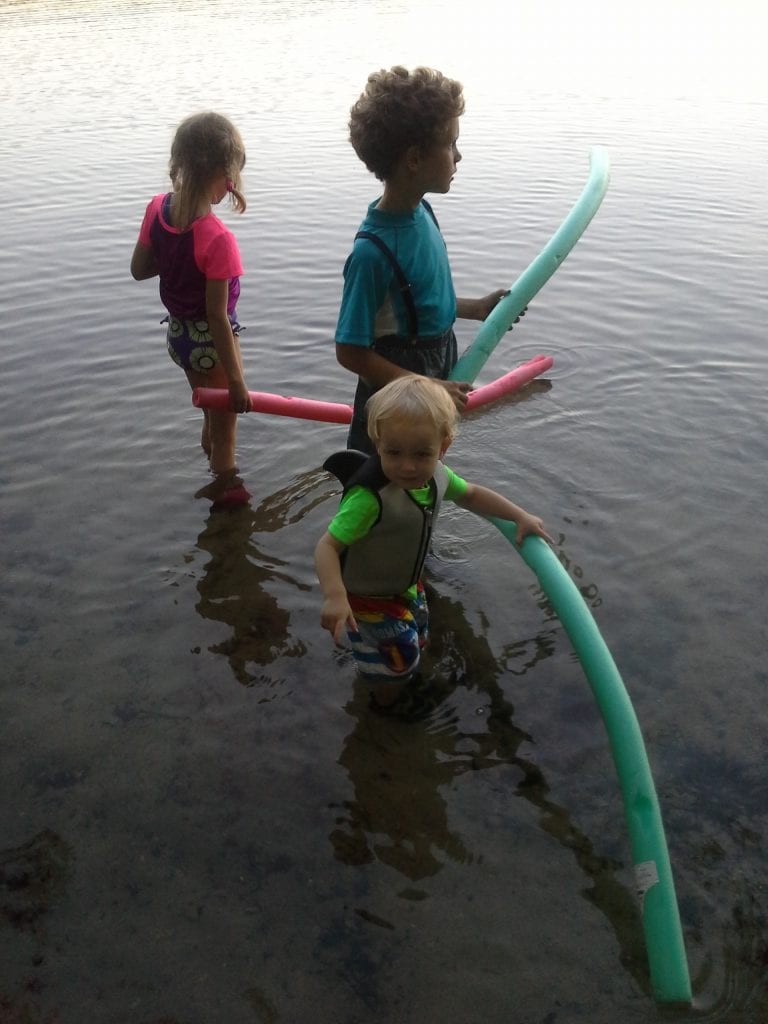 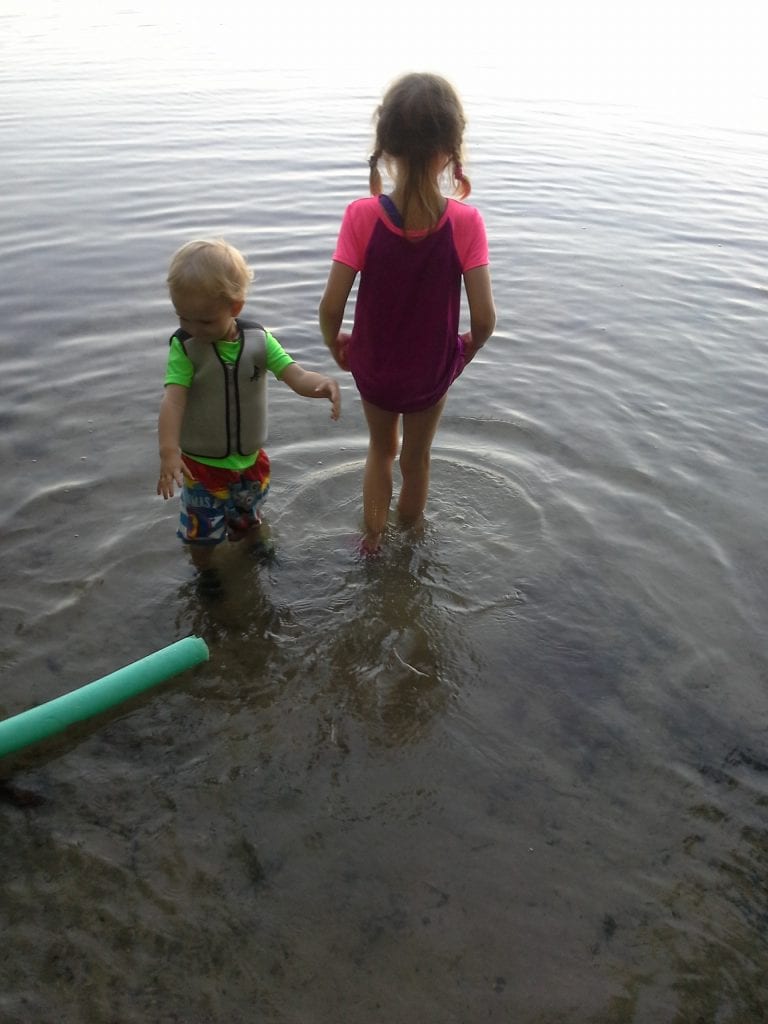 The big children are a bit nervous ?around water but enthusiastic once they got going. Jack has no fear and dunked himself half a dozen times claiming that he was “an ella! Nose in pond!” ?I’m so glad he has a flotation vest and that it has a handle on the back for grabbing him!

Today I think we’ll go to the beach, depending on the tides, I also need to hit a grocery store and buy Buggle a pair of swim trunks as I somehow managed to forget his!

And I hit the publish button before finishing!

Bedtime was a bit difficult- strange rooms and beds and small children…..but (I thought) everyone was asleep by nine-thirty. I went to bed around ten-thirty only to be awakened by the sound of playing at midnight! Upstairs to investigate and I found Buggle and Jack out of bed and playing with Lincoln Logs!! ?Put them back to bed and waited ten minutes to be sure they were asleep.

Back to bed myself.

Around one in the morning Bull woke up and then kept himself awake for a bit by randomly kicking the wall!

By two everyone was asleep again…

And awake again by seven!

Good thing I have plenty of coffee and can and will buy more!

This entry was posted in Life, Vacation and Travel and tagged Cape Cod, Exploration Week, Memories, Travel and Vacation. Bookmark the permalink.