Posted on September 18, 2012 by Kyndra Steinmann

The other week the children came in in great excitement with several “mellow worms” they had captured on the parsley plants. We put them into a large jar with some sticks and fed them quantities of parsley. I actually bought parsley at the farmer’s market for the caterpillars!

There was a great deal of theorizing about what would happen and how quickly. They understood the theory of metamorphosis but seeing it in action was different! 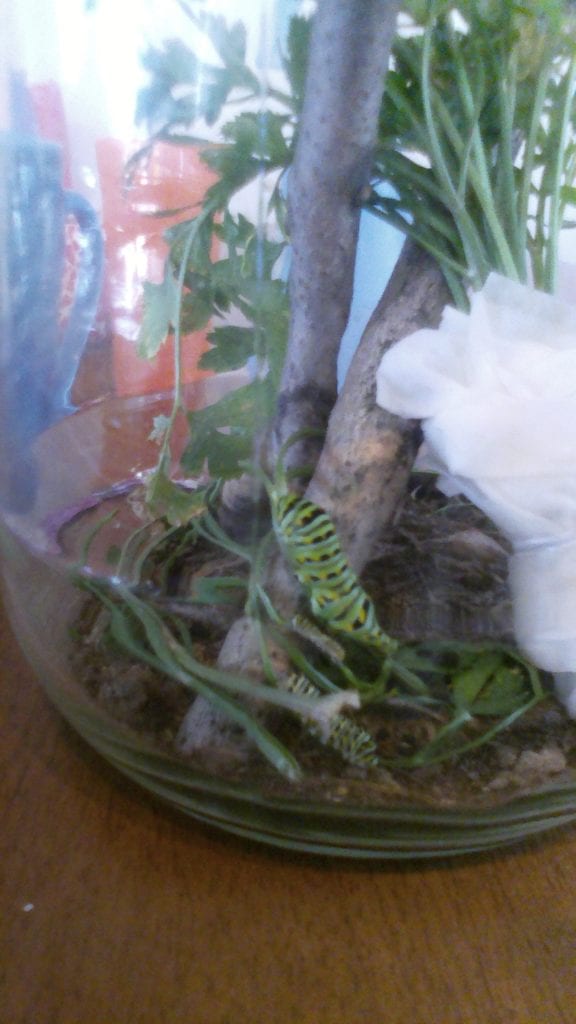 First we had this- hungry, hungry caterpillars…. 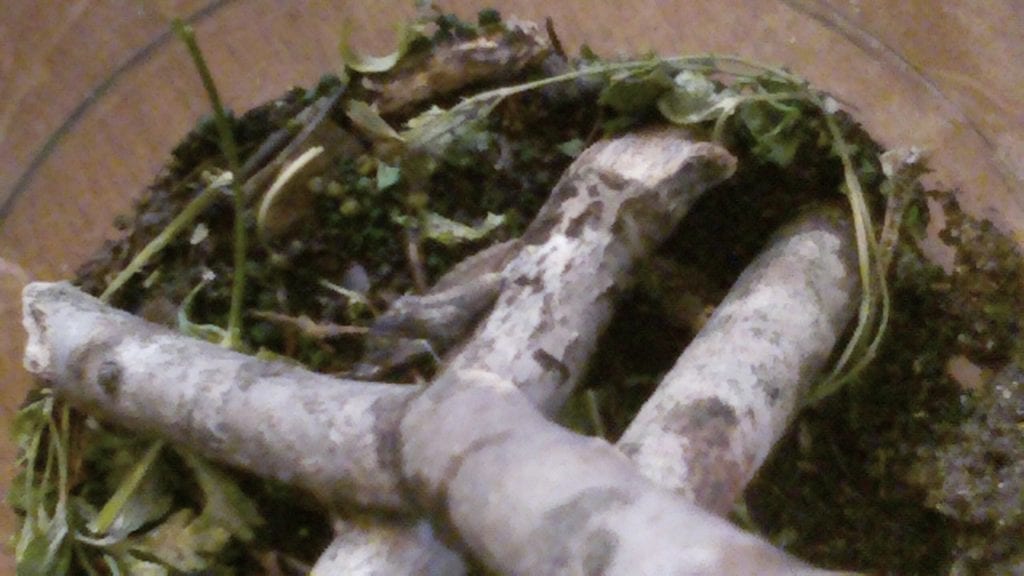 Then we had this- total of six chrysalides

So far three of them have hatched… 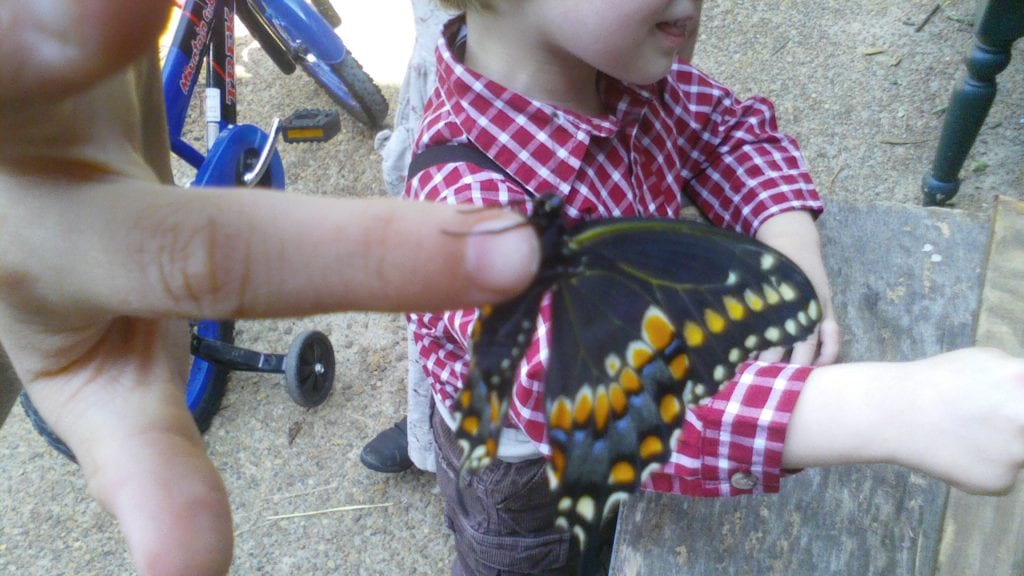 The first two hatched while we were out of the house and were ready to fly when we got home! 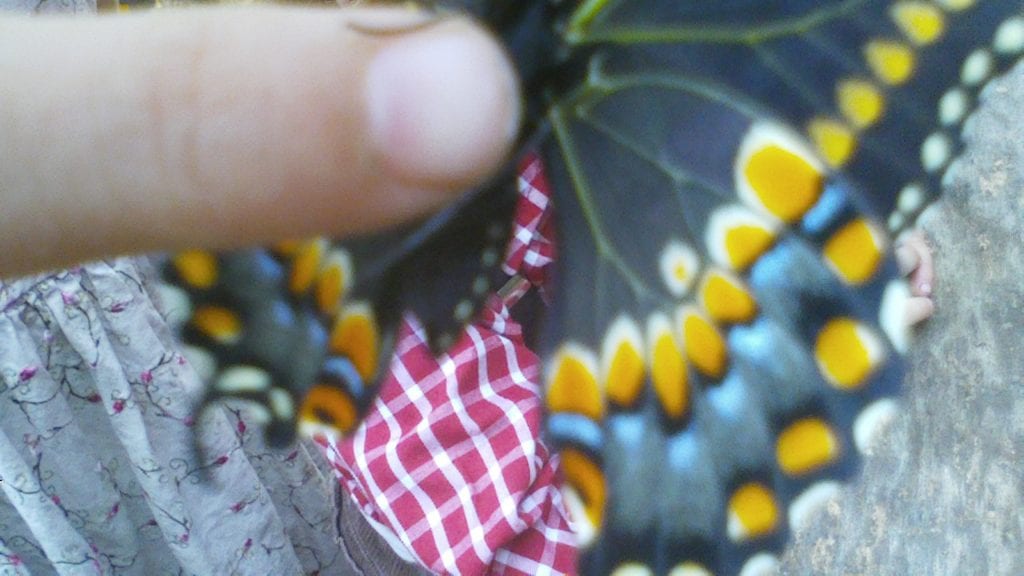 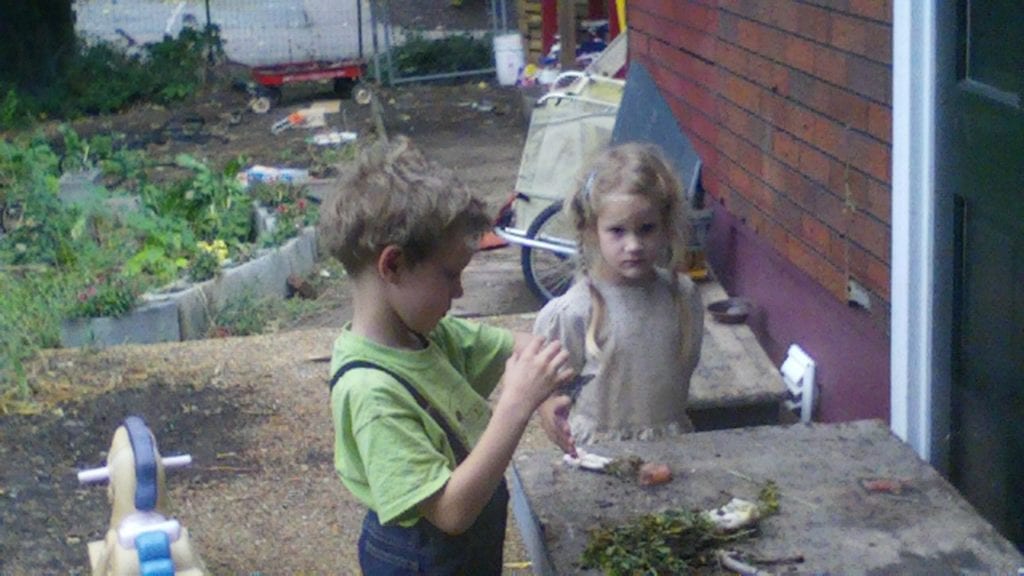 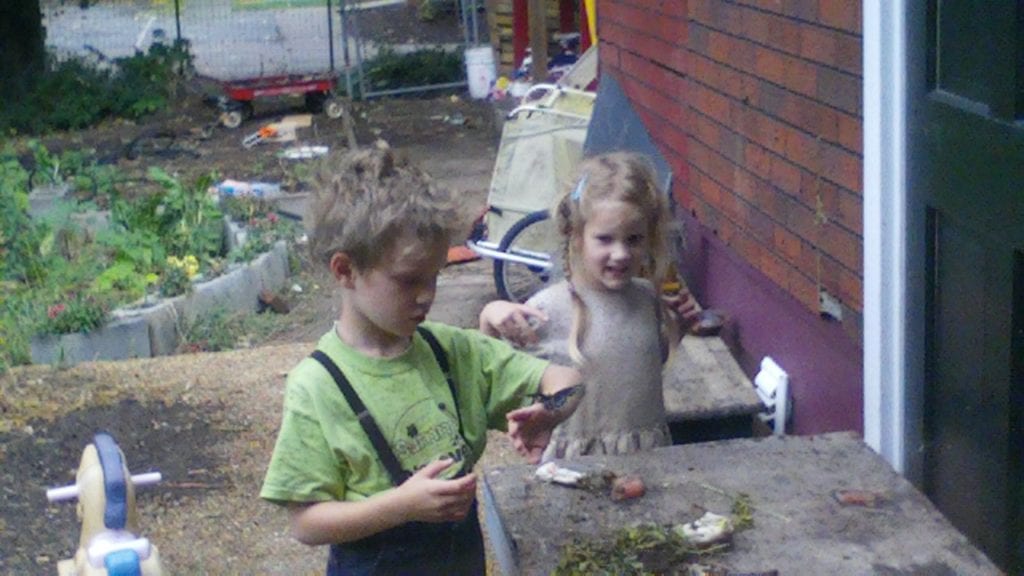