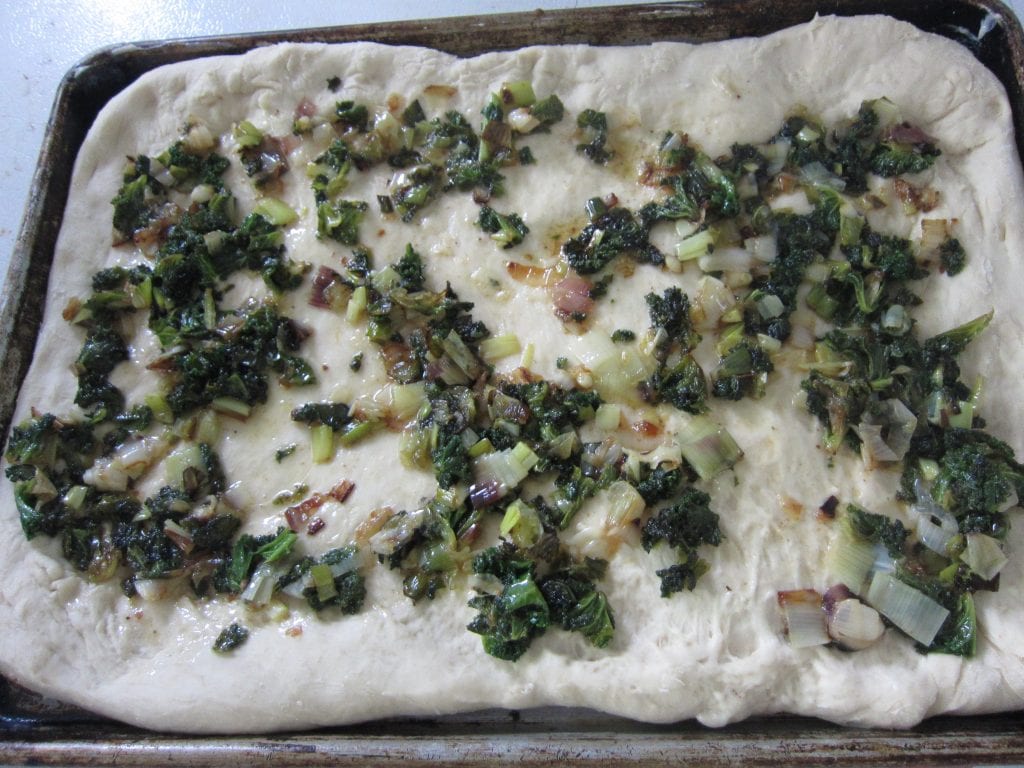 Making pizza without cheese is a bit of a challenge!

At the beginning of February S and Bull went off of dairy products. Bull had been having a problem with eczema and S had been having increasing pain in his knees. Since he bike commutes painful knees are a serious problem and it occured to us that since several members of his family have trouble with milk and he doesn’t tolerate it real well that removing butter from his diet might make a difference in his knees!

Both of them are doing much better and while it has been a bit of challenge to our cooking it hasn’t been very bad. The biggest difference for me has been in my Meatless Monday Cooking as I was very prone to including cheese in a dish for protein and in our homemade pizza!

I make pizza dough every week for a friend who cooks for a local private school, and often make enough dough to make a pizza or two for us on the same night. This meant that Thursday’s were a super easy cooking night for me, but now I have to think to make sure that there is protein in the dish. Thankfully I don’t have to be meatless as well!

Now that the first spring greens are available one of last week’s pizza was onion, Swiss chard,carrot and bacon. Here’s a vegetarian version: 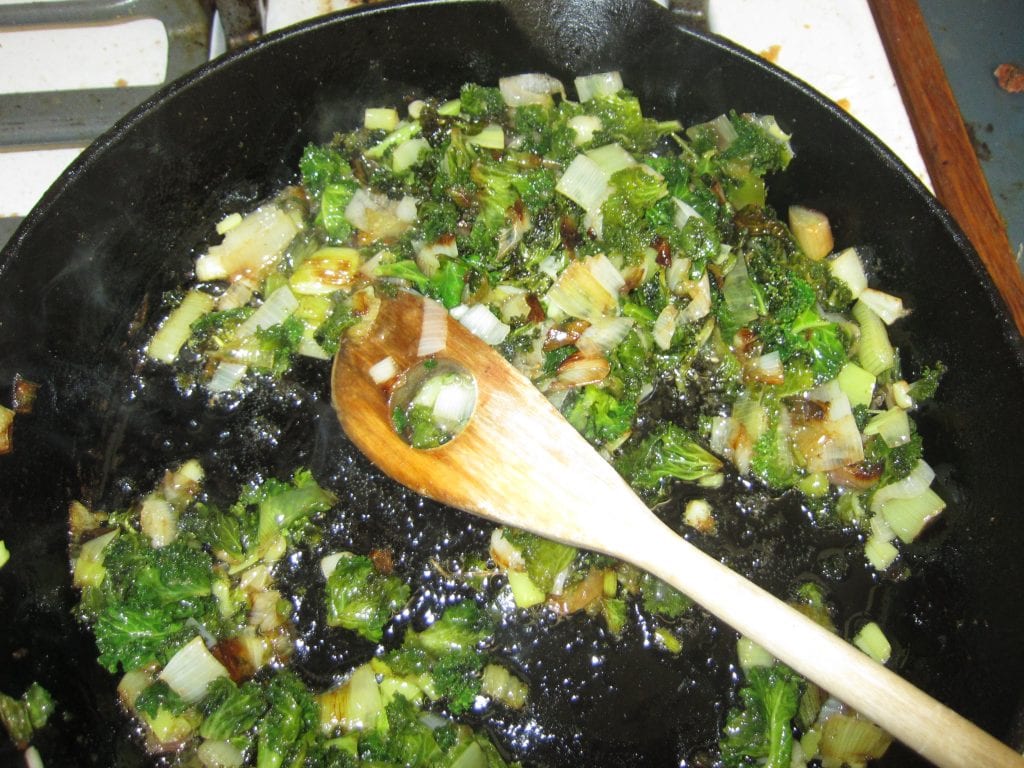 Dice up an onion and saute in oil (I used olive). strip the chard leaves from the stalks, dice up the stalks and carmelize them as well. 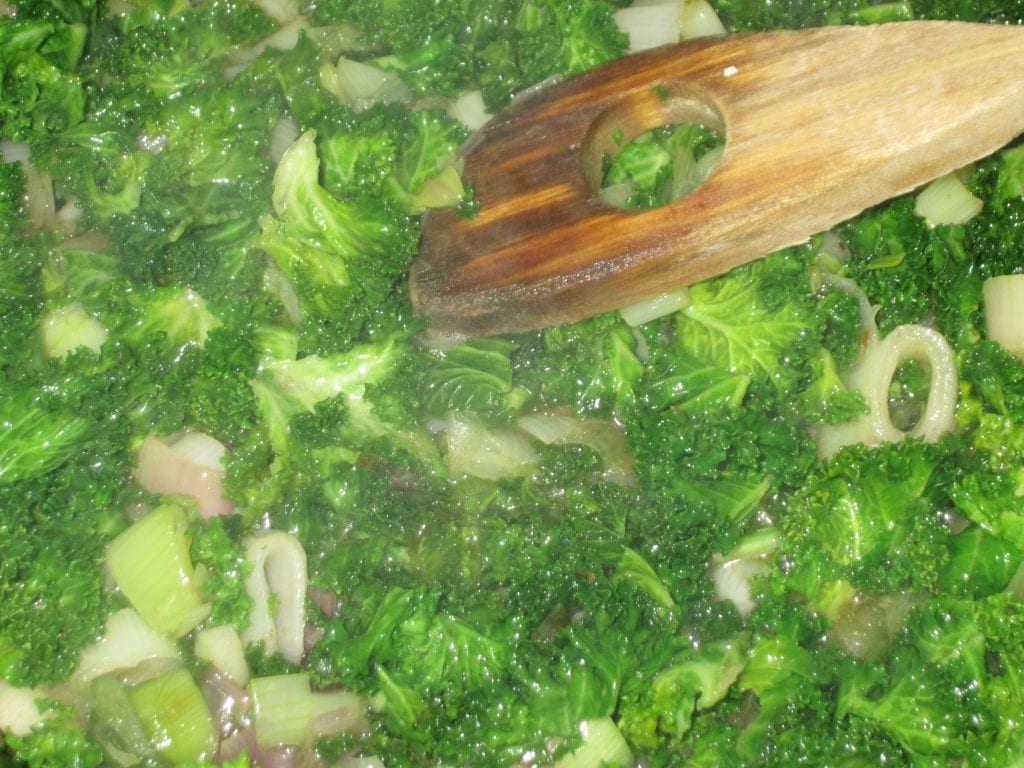 Once the desired level of carmelization has been reached add the chopped chard leaves and saute stirring occasionally until they are bright green.

Making pizza without cheese is a bit of a challenge!

Since you don’t have a sauce as such or any cheese, make sure that you pour any remaining oil onto the pizza dough, along with the vegetables. This keeps the dough from being too dry when baked.

Obviously there isn’t any protein in this dish. I served it with another protein. I’ve also gone ahead and added a spoonful or two of red lentils (they cook into a mush so aren’t very noticeable) or ground chickpeas. I’ve thought about substituting chickpea flour for some of the wheat flour in the pizza dough. That would give a complete protein (legume + grain) and wouldn’t take much chickpea flour.