Jack has a favorite stuffed animal that we call Eeyore. He’s small, just right for a toddler’s hands (although Jack usually carries him by holding his ears in his mouth) and made of worn and faded grey-blue terry cloth. He was S’s critter when he was a baby so Eeyore is a bit on the fragile side. He lost most of his stuffing over the summer, before I was able to carefully stitch up a rather large hole and I noticed the other day that his feet are wearing out and are going to need some creative mending.

Here’s the real problem though. Eeyore stinks! Jack loves to hold him in his mouth and also is very generous with offering other people “snuggles” with Eeyore and Eeyore plain smells. I knew I needed to wash him, but between his delicacy and Jack never wanting to put him down I’ve been putting it off.

The other day was beautiful and sunny though, and Jack was busy playing on the porch with Bull. I quickly retrieved Eeyore and brought him into the kitchen for a bath. 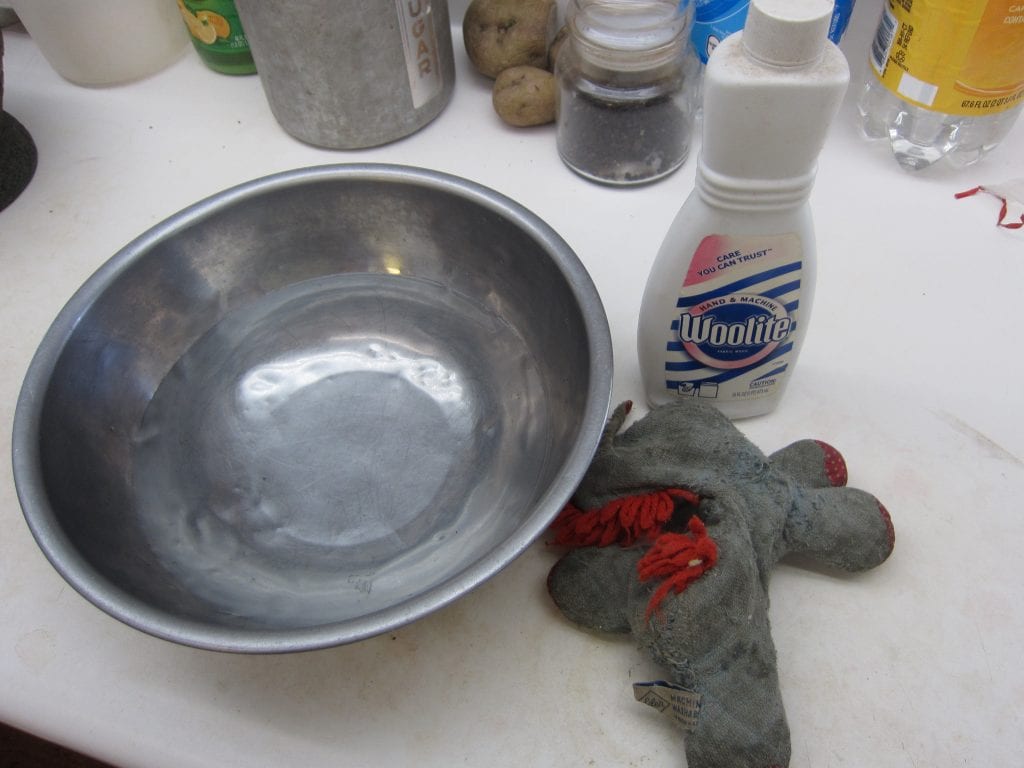 Woolite, warm water and Eeyore where all I needed. 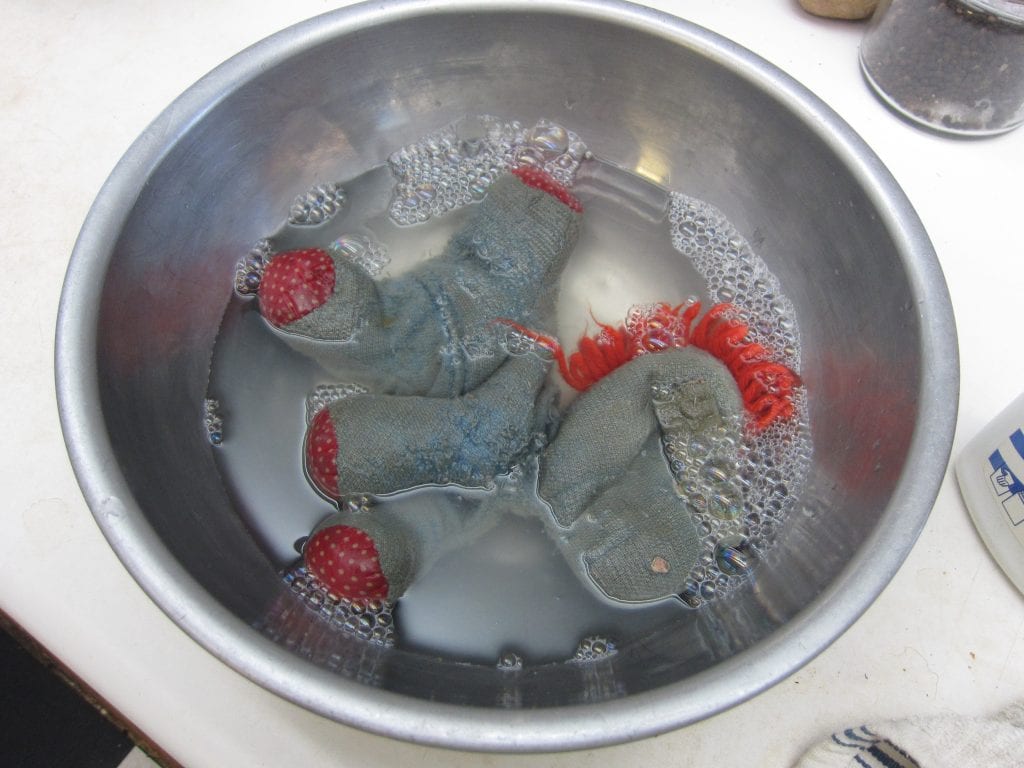 A capful of Woolite stirred into the water and in Eeyore went for about three minutes. 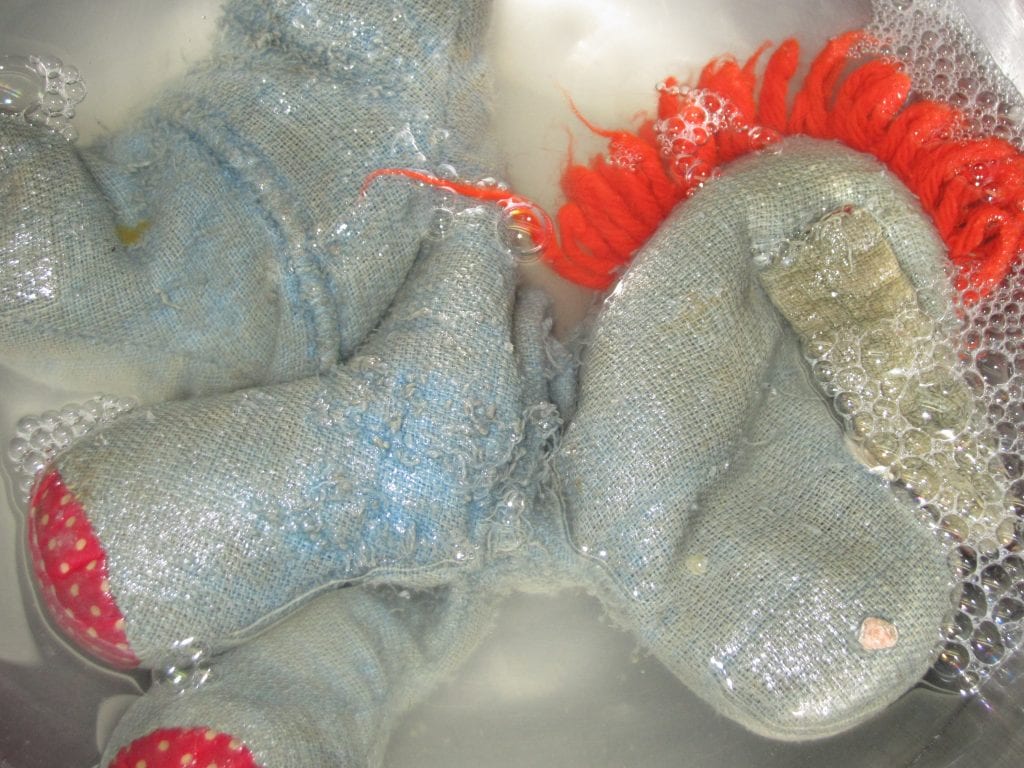 I could see the water start to change color, which was a good thing as he’s much to fragile for scrubbing! 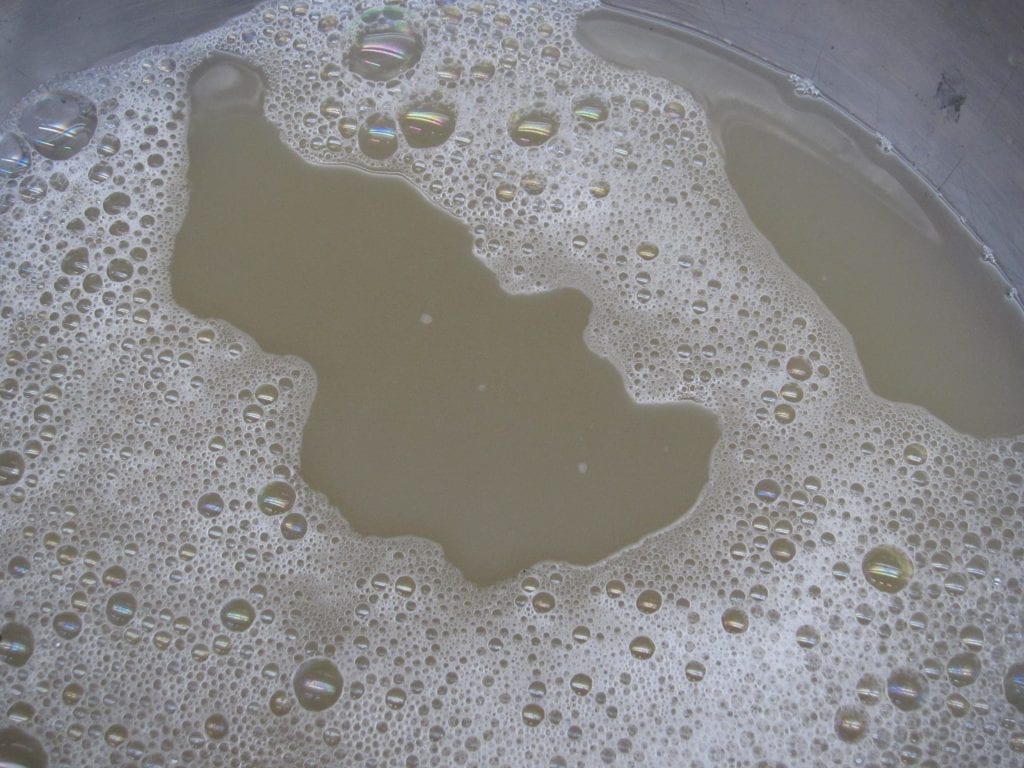 I dumped water this color twice! 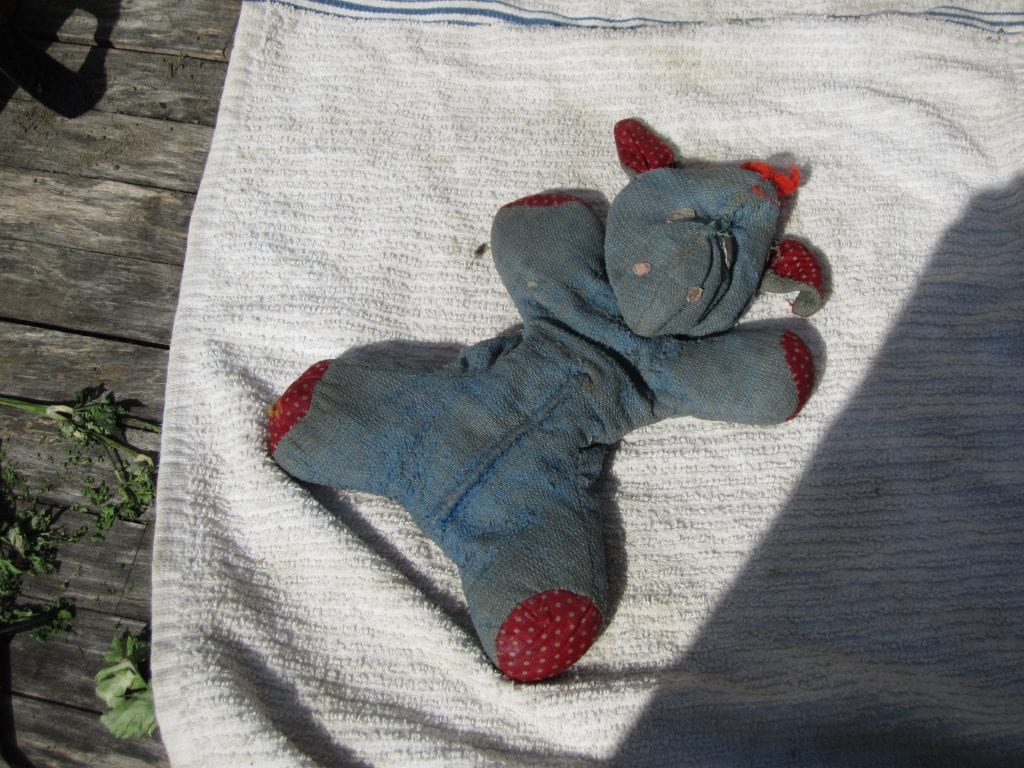 I carefully laid him on a towel to dry! 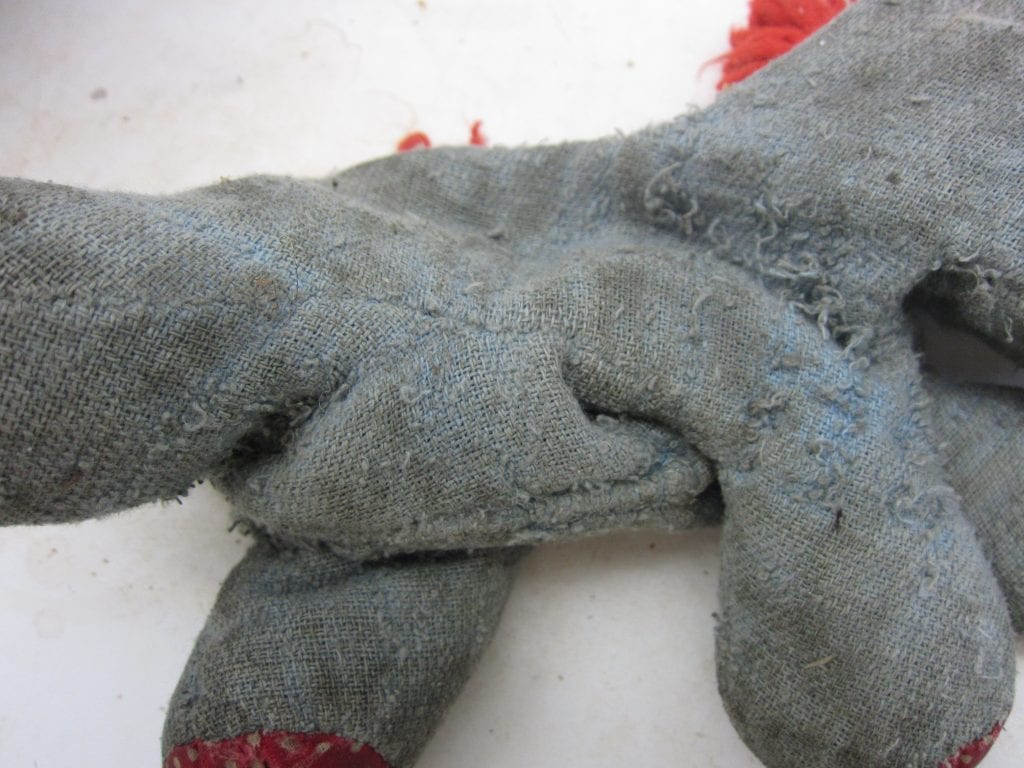 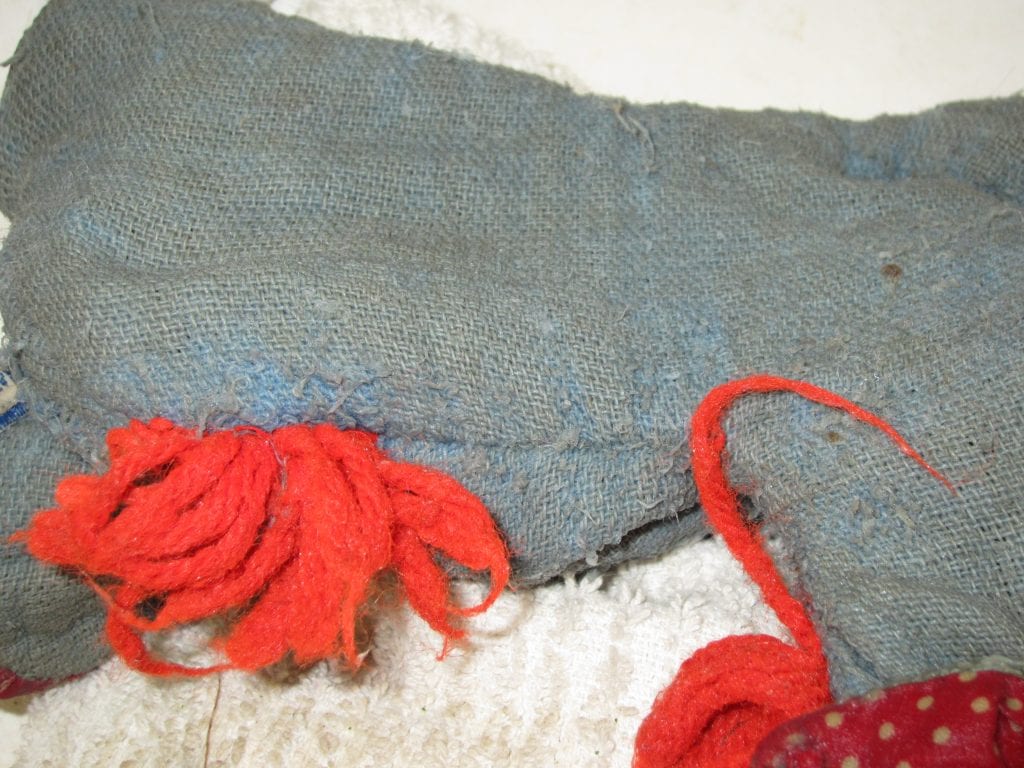 and After. No more smell!

I ended up sticking him in the dryer to finish drying as nap-time was coming. As far as I can tell he wasn’t damaged in any way by washing and when Jack stuck him up against my cheek this morning it was so nice to be able to “snuggle” without wrinkling my nose!