One of the things that has been very different about homeschooling this year has been the addition of two little boys who don’t really do school!

I do about a half-hour’s worth of work with Bull but Jack is obviously much too young for any “schooling”! In the early part of the year he slept while we did school but now that he is nine months old the morning nap is getting shorter and he is more able to get into things when my back is turned.

He started pulling up to stand about ten days ago and has rapidly progressed to getting up and down anywhere he can get hold of something and trying to climb up into the bookshelves and his toy box as well as crawl under the couch! He is quite loud and entertaining which means he is also VERY distracting. 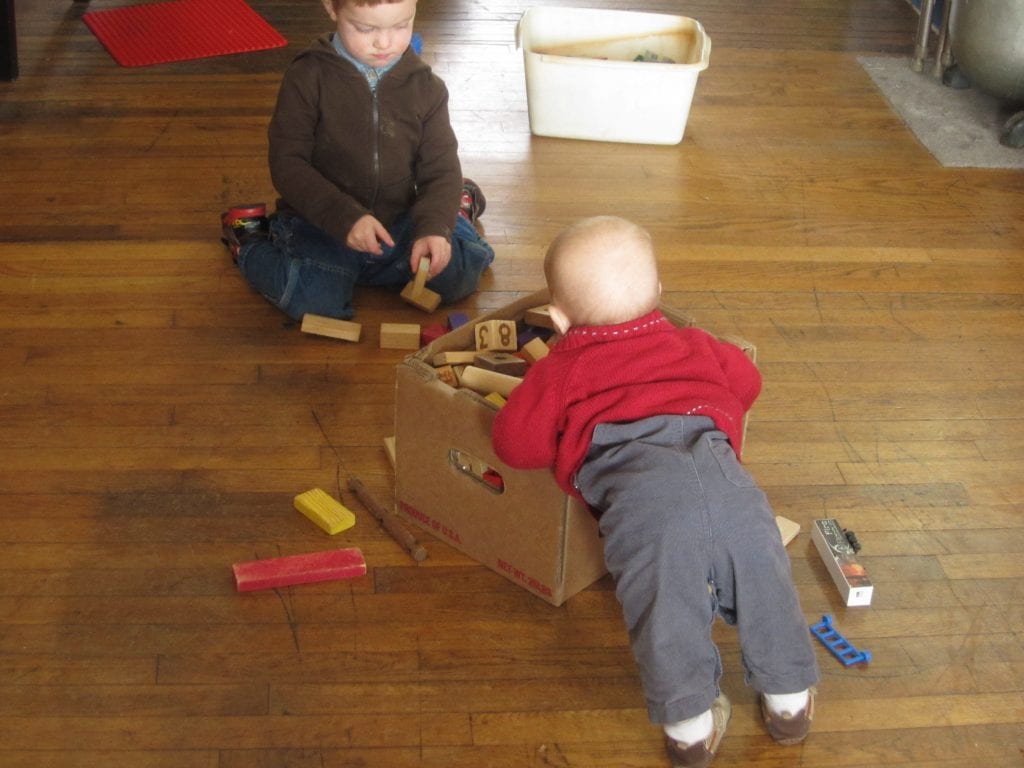 Climbing into the block bin and back down is faster than going around!

I can bang them together with loud cries of joy! 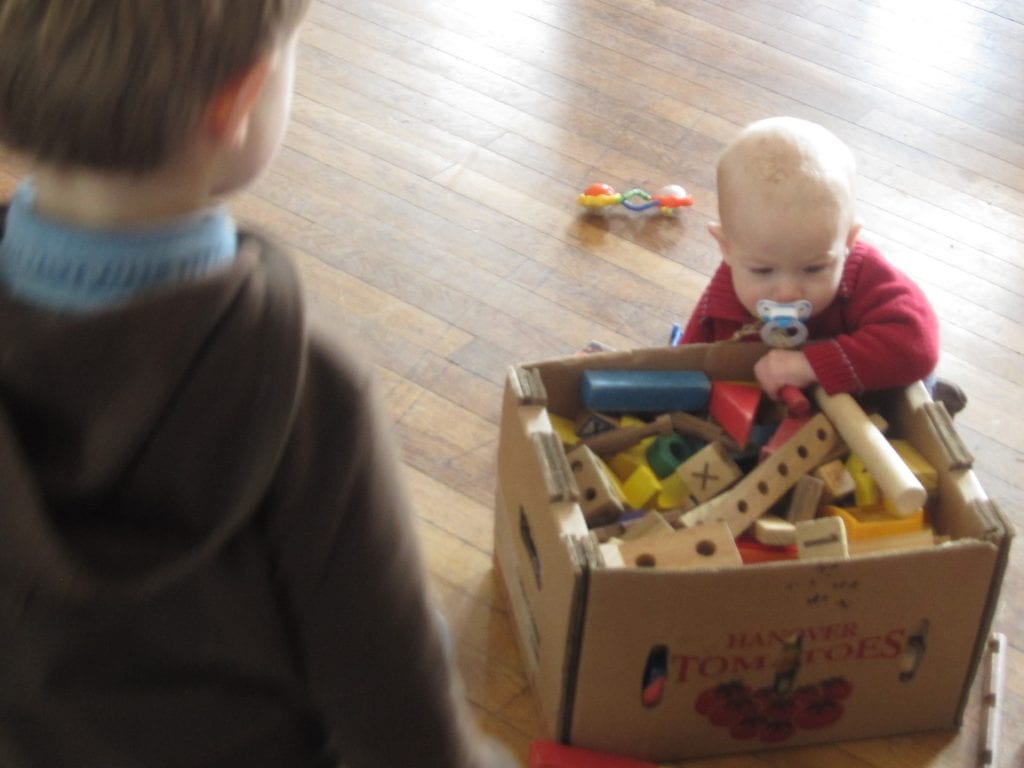 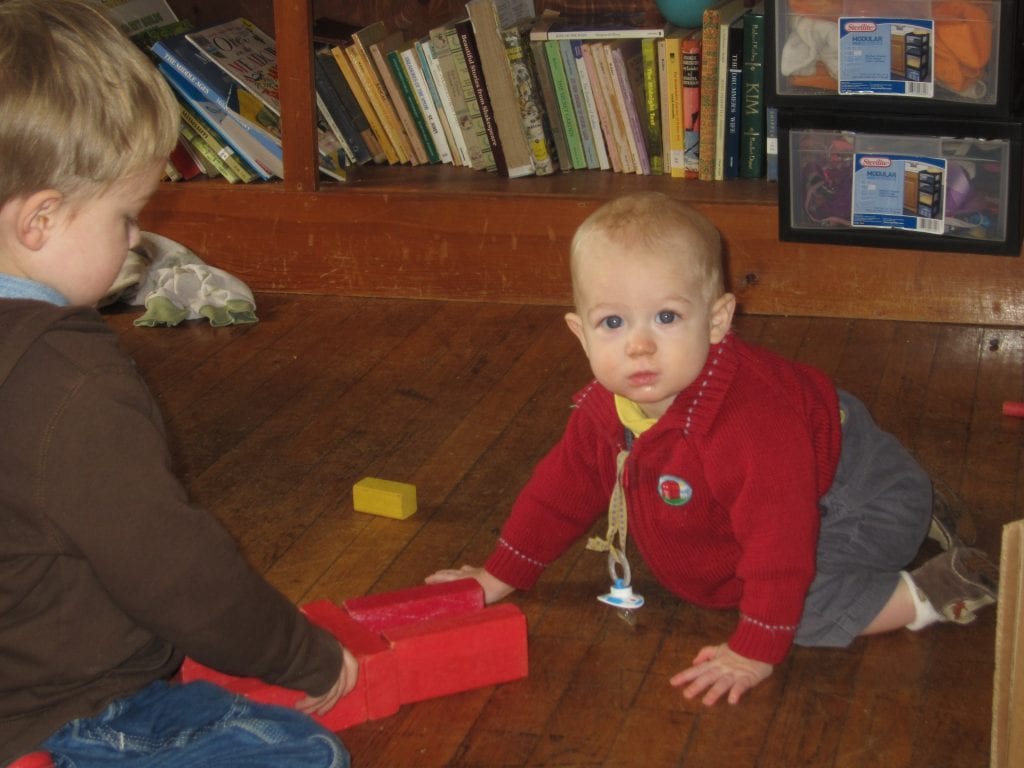 We call Jack “The earthquake”

The other thing that helps with keeping the little boys happy during school is keeping our school sessions short. We normally work for only 30-40 minutes or two subjects before at least one of the older children will have a break. I use the break time to either focus on my little guys (which often takes the form of getting Bull to help me with laundry or the dishwasher) or let the biggest three play outside for a bit while I feed the baby.

My final resort if I must have 10-15 minutes of no interruptions from the little boys (like during a reading lesson) is a snack. It works every time even if I do end up having to sweep! 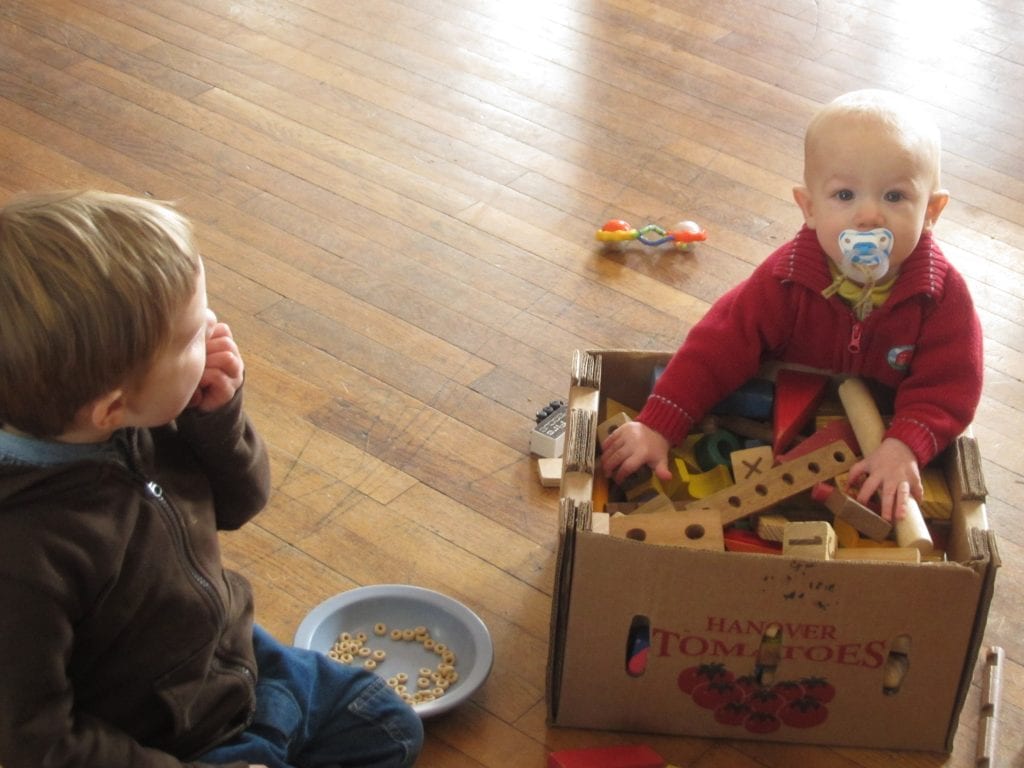 They inevitably get spilled but I’m convinced that just improves them in the boys’ minds! 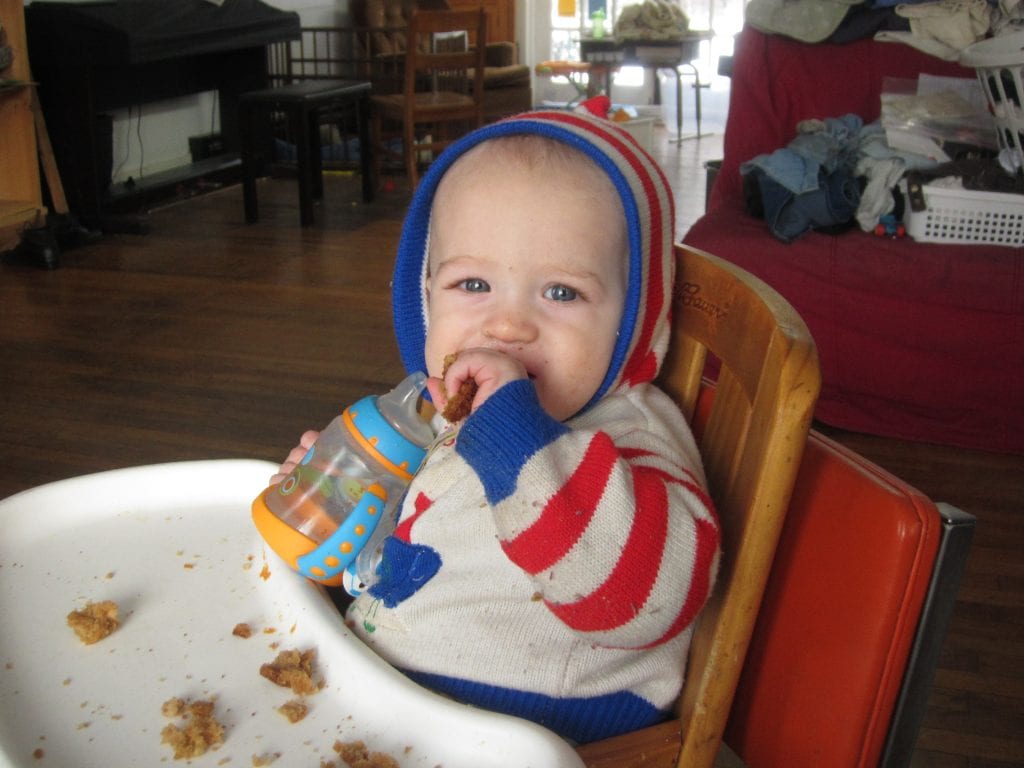 He makes a mess but he’s quiet and happy! 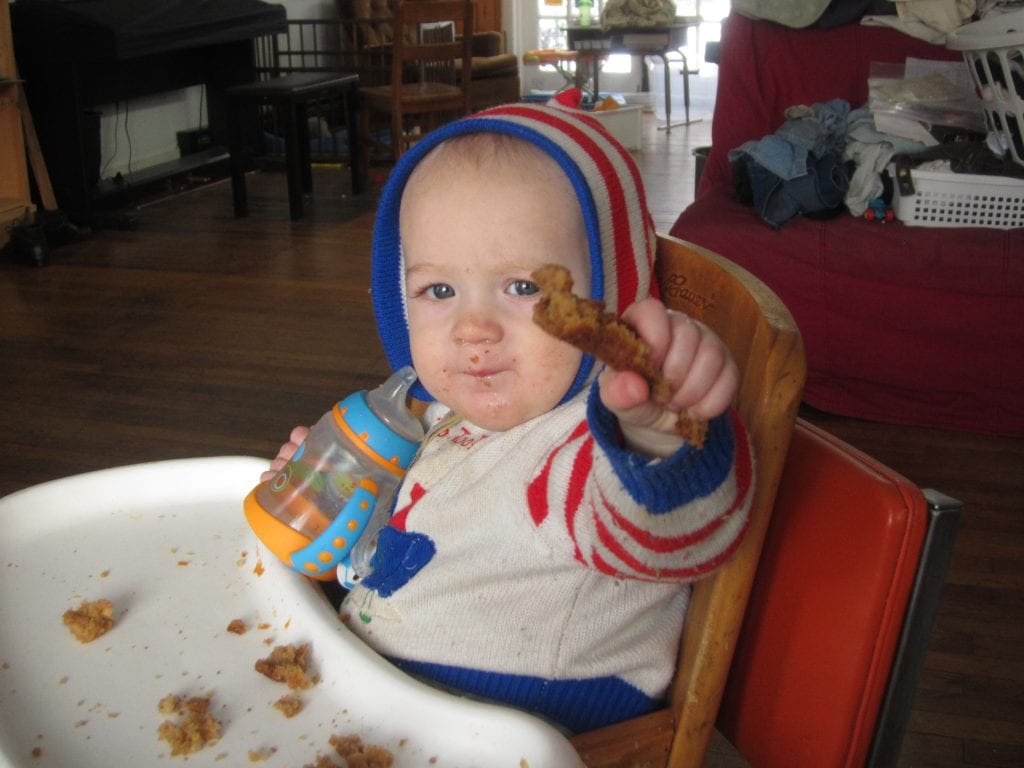 “Want a bite of my soggy bread crust?”