Posted on October 2, 2016 by Kyndra Steinmann

Lately the four year old, Jack, has been becoming very distraught when told he did something naughty. There have been tears and tantrums, and throwing toys over consequences like sitting for four minutes that he used to just calmly do.

We’ve had a fair number of new things lately so I thought he was reacting to those. Several mornings of doing stuff that doesn’t involve “his best Mama” was stretching him (as I intended it too) and I thought he was just a bit emotional. Certainly his declarations of “I’m just a boy who needs his mama.” would seem to indicate some self- recognition that he needed to anchor himself. Or did it?

Today was grey and cold so I lit candles on the mantel in the living room. Wide, stable pillars that will burn for hours, well up out of the reach of little hands. This is normal for fall and winter here, and I don’t even recall that I said anything to him about not touching other than to remind everyone not to leave a stool or chair where Daisy could climb up and touch (I’m not even sure she’s noticed them, actually).

After supper Jack came into the kitchen and informed me in a proud but sheepish way that he “could touch fire and not be burned”.

“Did you mess with the candles?”

“That was very naughty and you will have to sit for a long time. ” (which means six minutes instead of four, plenty long to him!”)

I knew he was low on sleep after a long weekend so I asked if he needed to go to bed instead?

So I carried him up and calmed him down so I could “hear about his day” and at that point I suddenly understood.

He’s reached the beginning of being accountable for his actions. His conscience had told him not to touch, he’d touched anyway and now he felt like his relationship with Mama was all messed up!

So we talked. I explained what his conscience was and how when he did things his conscience told him not to, he then was upset because he knew he’d been naughty and his relationship was messed up. We talked about asking for forgiveness and about how right now he’s just accountable to me and Papa but that in a few years he’ll be big enough to also understand how naughtiness breaks his relationship with God and then he’ll be big enough to go to confession.

I’m not sure how much he got, but he was a much happier boy after apologizing and being forgiven and came down and sat nicely for his minutes with his conscience clear! 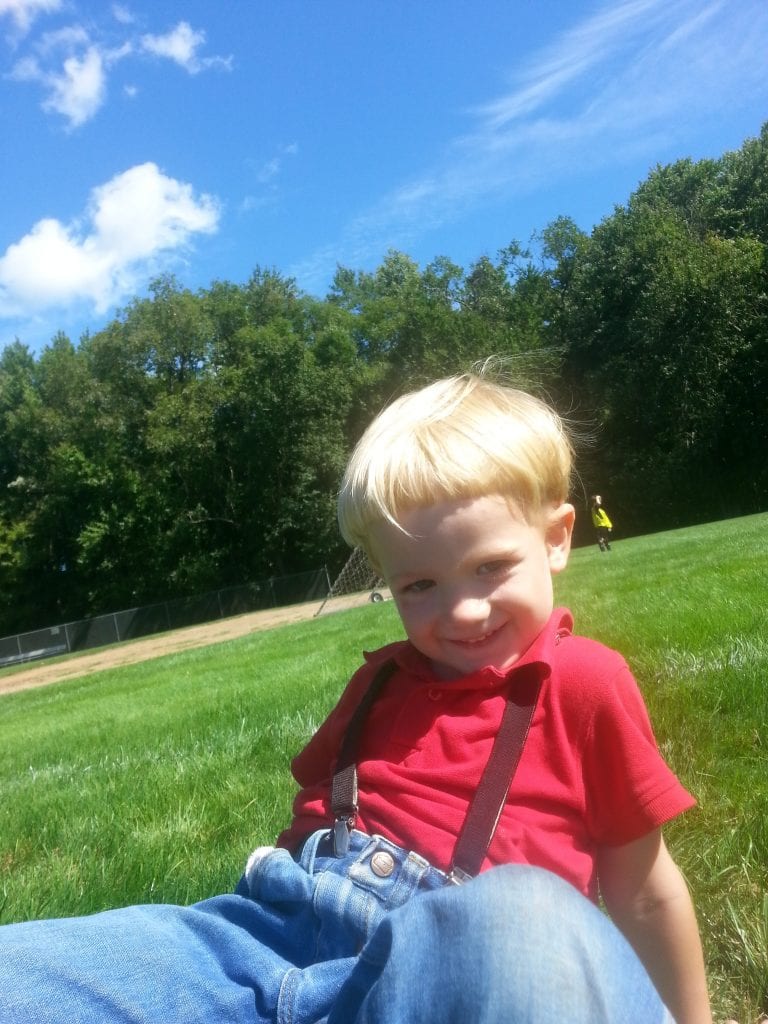