Posted on February 8, 2013 by Kyndra Steinmann 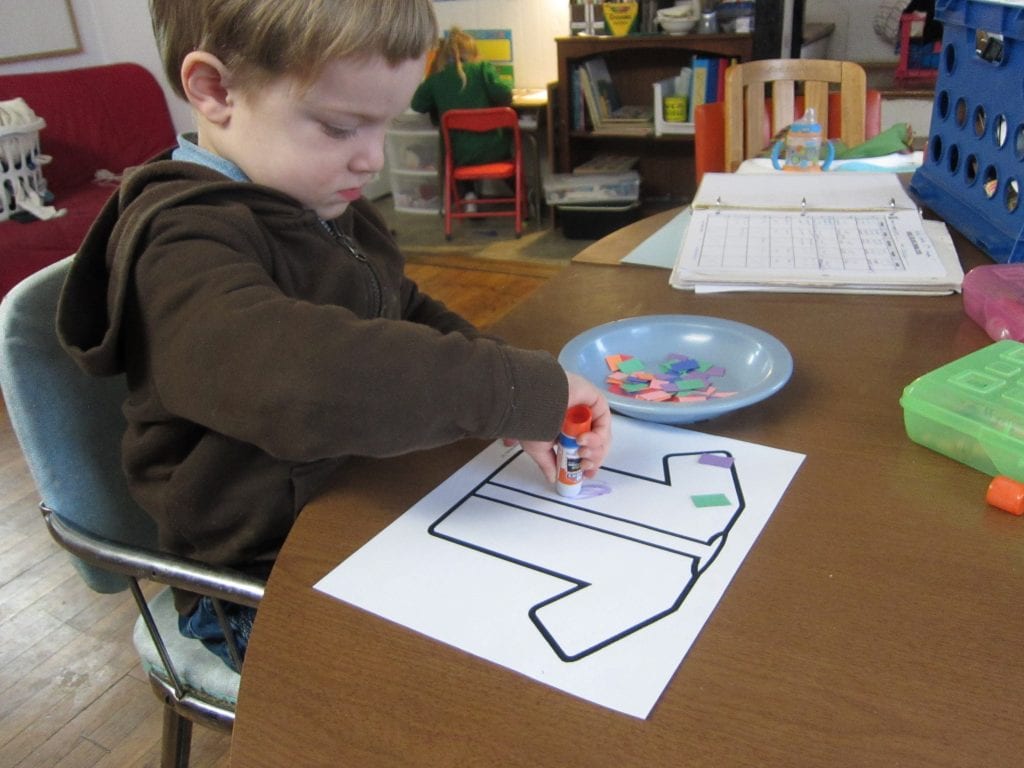 Bull hates to have sticky hands so gluing requires a great deal of attention.

One of the things that I have noticed about Bull is that he is much more athletic than the other two. This is a very good thing as his surgery at two months old severely effected his stomach muscle development so the fact that he loves to run, jump and climb has been a kind of natural physical therapy for him. It has been very effective and at this point I would say that he is on par with children of his age for large motor skills. His fine motor skills are also normal for a child his age which means that I need to specifically focus in his schooling on improving his hand eye coordination and the finesse with which he handles his pencil and other small objects.

We have a variety of activities that we use for this: lacing cards, stringing beads on pipe cleaners, and lots of gluing. I particularly like gluing as it enables me to work with his extreme dislike of having his hands sticky while also working on hand eye coordination.

Anytime I can adapt one of his activities to include gluing I do.

This past week we had the story of Joseph’s Many Colored Coat. The ABCJLM curriculum had a picture of a coat for us to color. Instead I cut out a number of small squares of colored paper and we glued them on the coat. 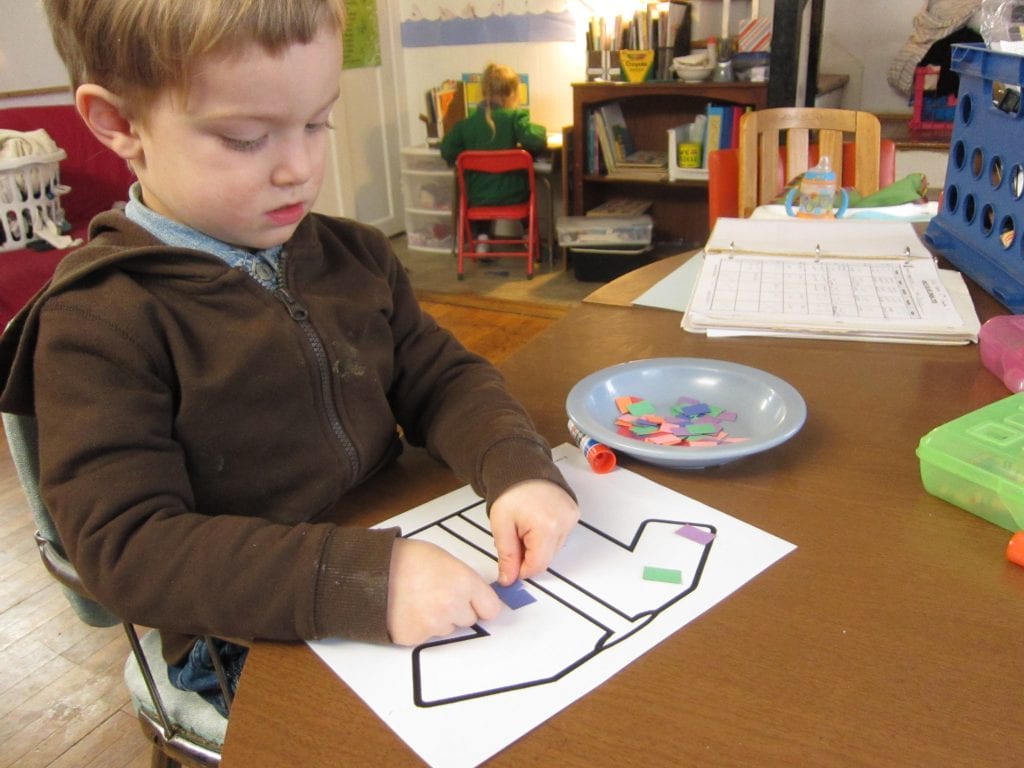 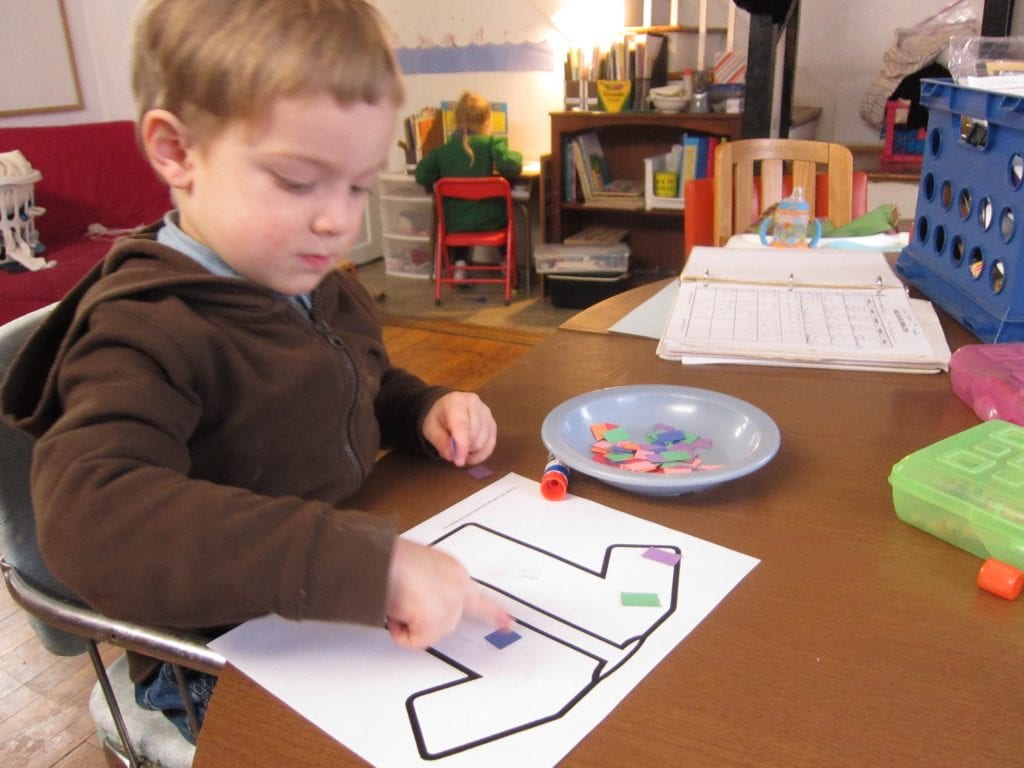 He wanted me to wipe his fingers every time they were the least bit sticky. 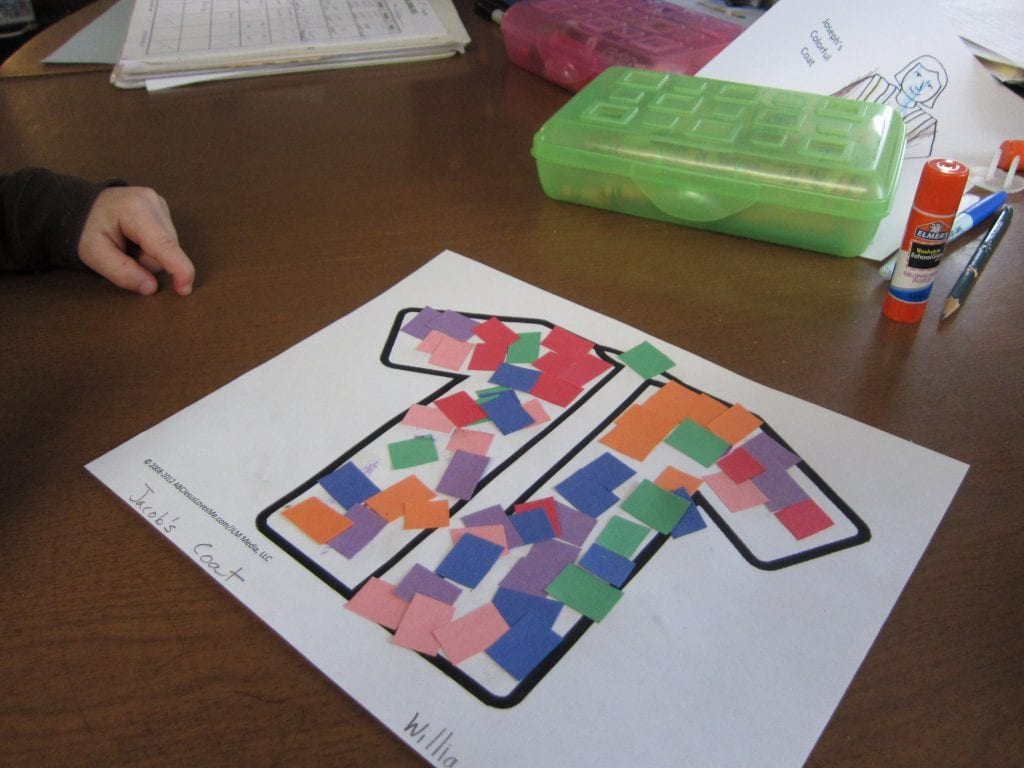 After a bit he started trying to make patches of a certain color by gluing a number of the same color squares near each other.

This was a very easy activity. It hit a number of the things we need to work on while being free enough that he adapt it to his tastes. I’ll definitely be looking for similar things to do with him.