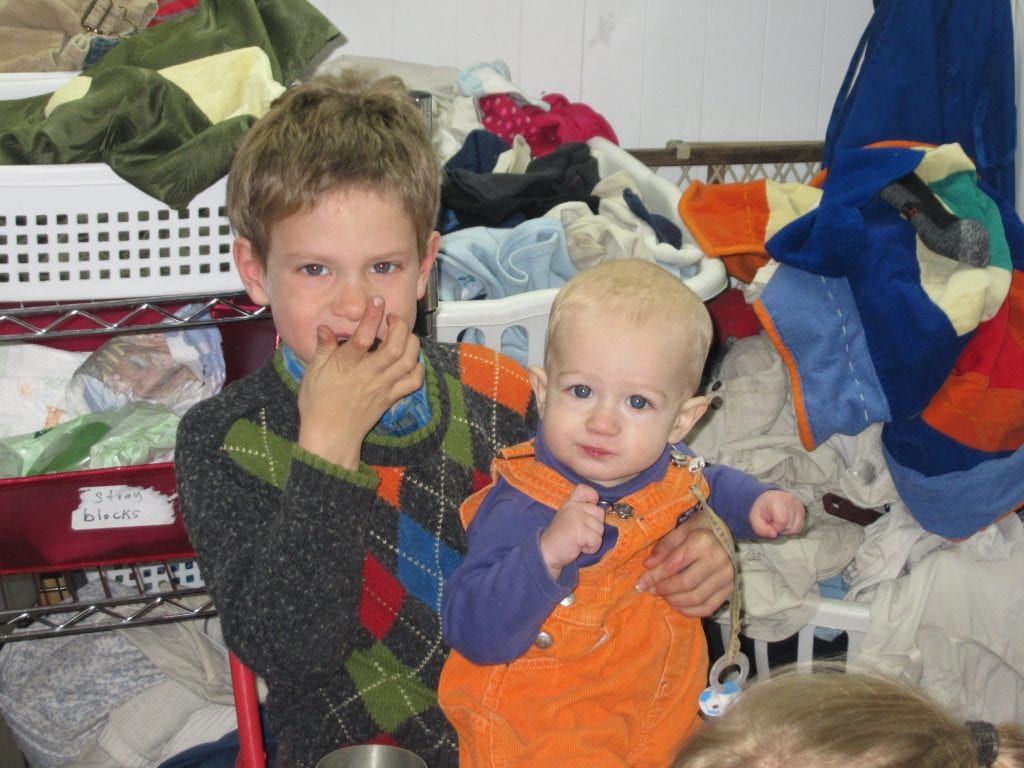 Restaurant is a favorite game around here. They decided that Jack was big enough to get in on the action.

As the weather has slowly improved we’ve been spending more times outside and more time with friends. We have a semi-weekly playdate at a local playground. Two to five mothers, a gaggle of children and a brick wall around the playground, makes for good times for everyone. We all bring water and snacks to share. Bigger children take turns hauling the babies around, little boys chase, wrestle and climb trees and Mouse tries hard to spend all her time on the swings.

Rainy days find the children playing some variation on restaurant. Sometimes the focus is on the cooking, sometimes the important thing is the grocery shopping. They are starting to try to include Jack, with mixed results. He enjoys it, but they get a bit frustrated when he doesn’t follow the script!

I’m trying to keep the laundry caught up, to give them plenty of space for play since the playroom and the laundry share a room. Some weeks are better than others!

Nice days at home are spent alternately riding bikes and drawing all over the sidewalk and street. Our cul-de-sac is quiet most of the time, so it has become a canvas! The other day they drew a large “map” of the United States (I would not have known what it was without explanation) and then played that they were traveling around the country. Another day the street might be a river with islands drawn into it. Bull is frequently assigned to be the shark!

I love the imagination and the weary children that result!