With the temperature soaring to over 100 degrees we are sticking close to home today. I actually talked S into taking the car rather than riding his bike to work today! F and Su went out to ride bikes for a bit this morning (before 10 am), but it got too hot pretty quickly and everyone came in.

Then of course the question arises of what to do? I think hot days are worse than rainy ones since the AC units and fans just barely keep up, and it looks nice outside, but they can’t really stand to be out for long and the heat makes everyone irritable.

Played cars and trucks with a new car and truck mat I drew on the back of a cardboard box. 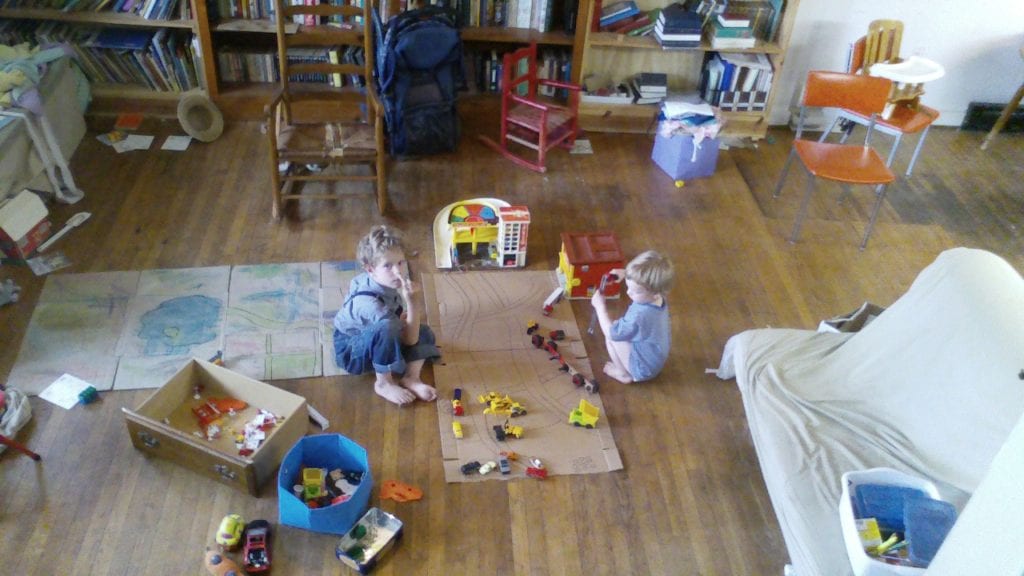 An empty cardboard box cut to lie flat makes a good mat for roads and cars. 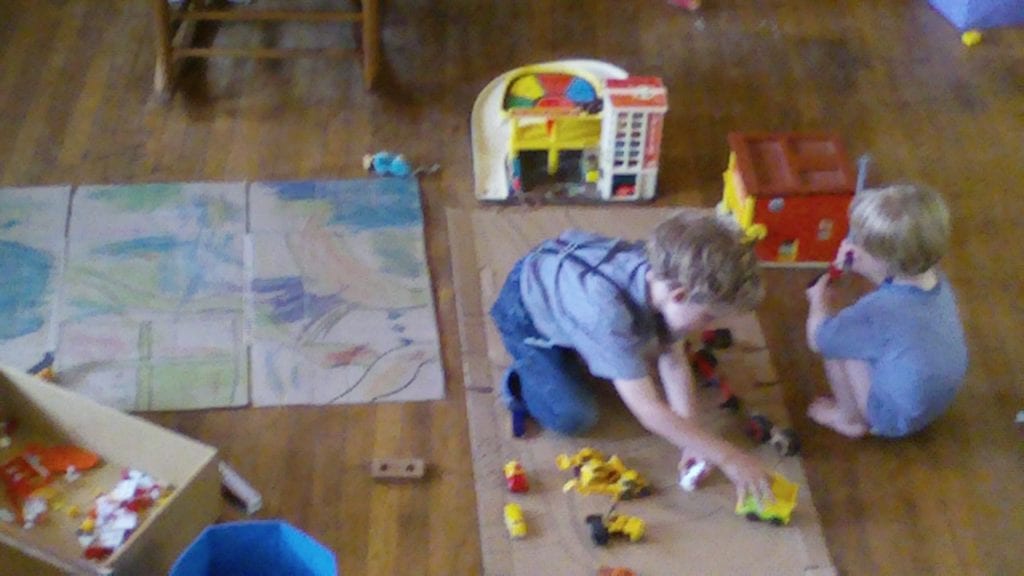 Of course only one child drives on the roads! 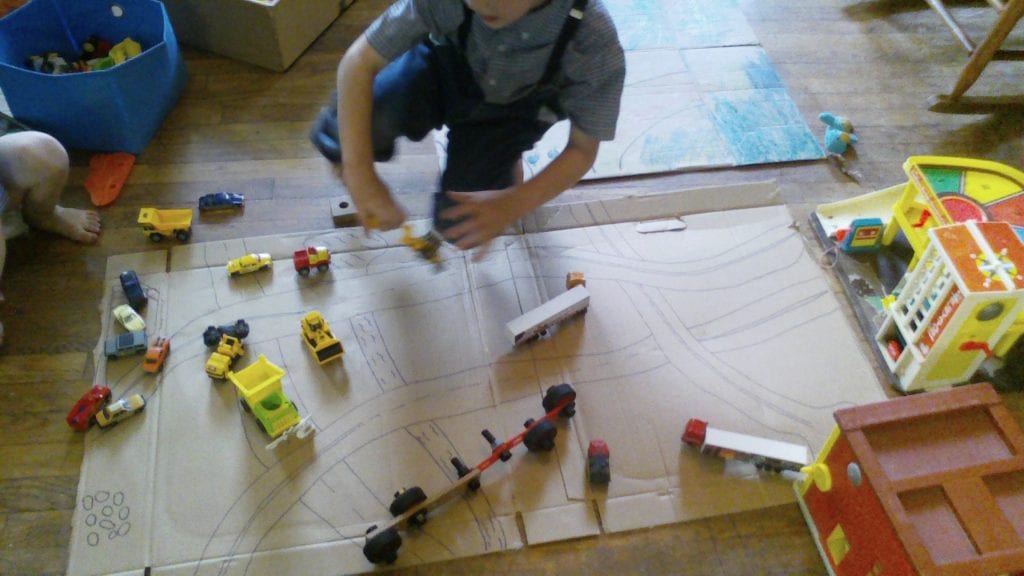 Roads drawn with a marker. We may color it later..

While the boys were playing trucks, Su and I did some sewing. She’s been asking me to make her some veilings for a while now, so today I took the time to adjust my pattern to fit her.

I actually cut out two veilings, one for her and one for me, out of some of the Swiss Dot cotton I bought the other day. 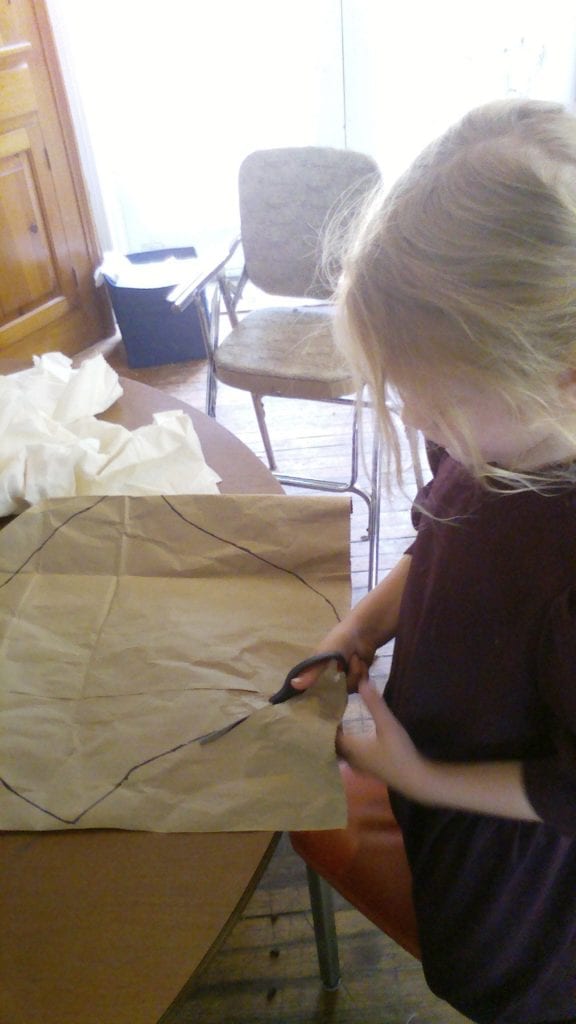 Su cuts out the pattern for her veiling.

I make them double-sided with ribbon to tie in the back. 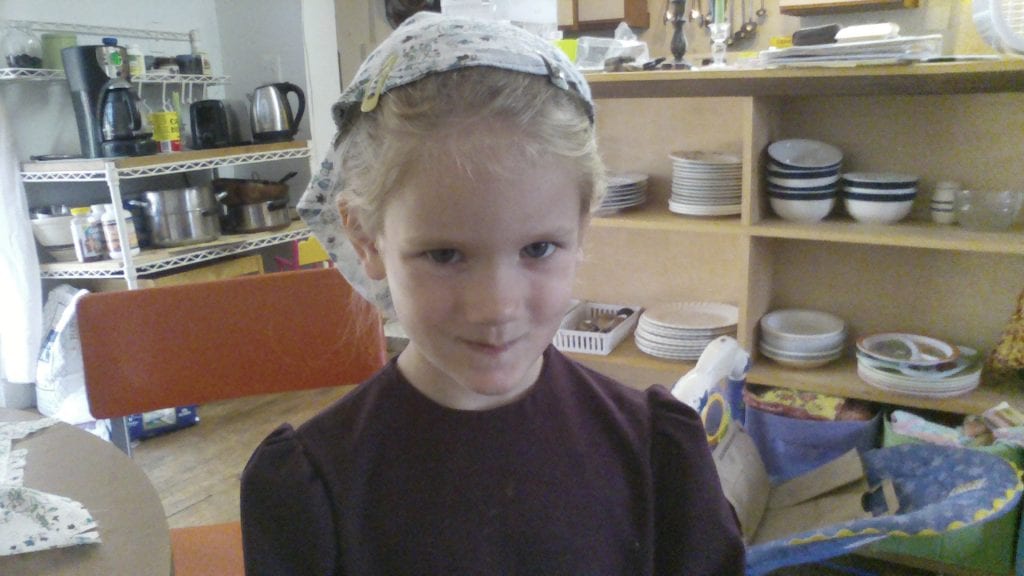 Finished product, I think that's supposed to be a "mouse face"! 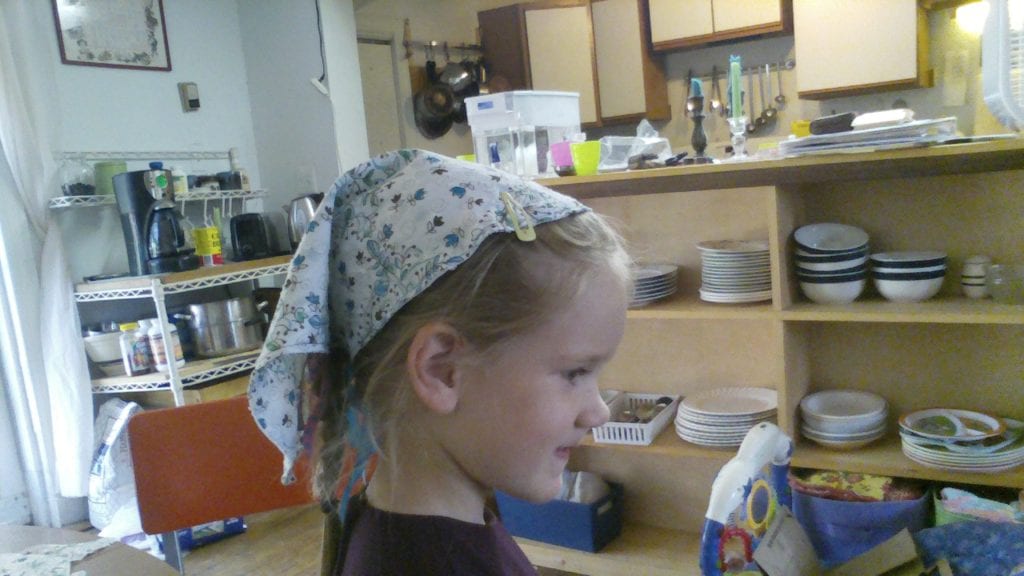 Side view - I got it on a little crooked. 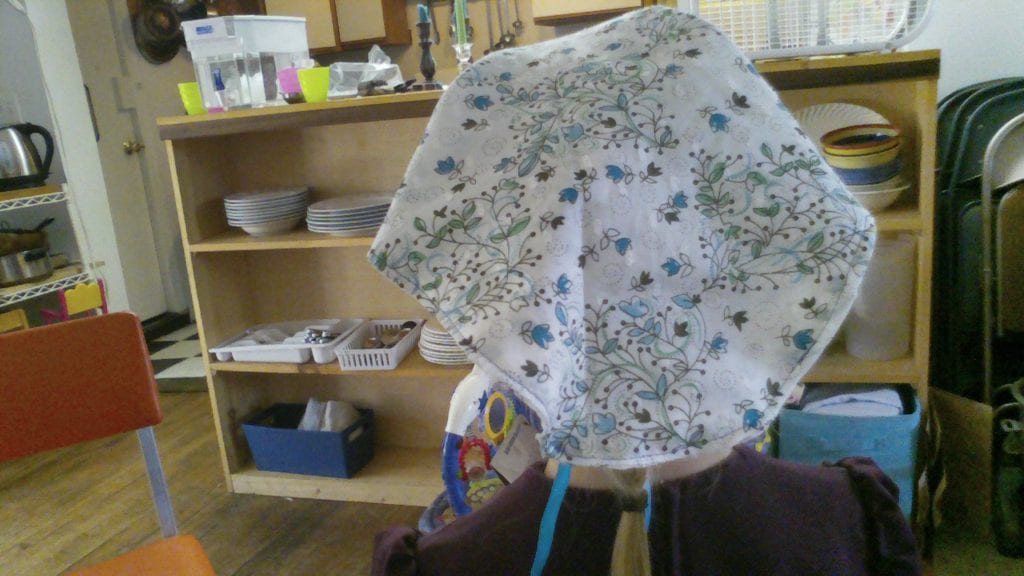 Now all I have to do is figure out how to get hairpins to stay in her hair so she can "have a bun like you, Mama."

Later we may well get into playdough or paint, it depends on how moods are when we get up from naps…K