Kitchen Kids: Toddlers In The Kitchen

Posted on September 11, 2014 by Kyndra Steinmann

One of the reasons that Buggle and Mouse are as comfortable in the kitchen as they are is that they’ve been in the kitchen with us from the time they were tiny!

Some of that is the function of the house we lived in at the time. The kitchen was the largest room in the house and we lived in it. When the children needed something to do while I was making dinner it was natural to put them in a highchair where they could see what I was doing and hand them bits of garlic to peel or bread to cut up with a table knife. 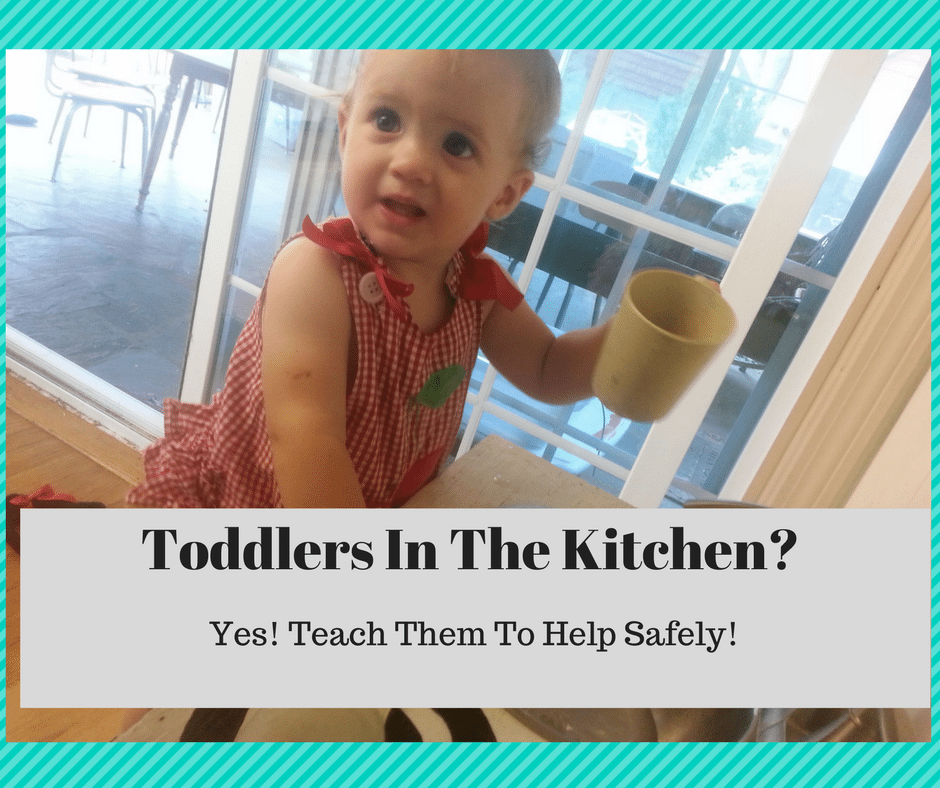 As they grew the things they could do that were useful grew as well and soon enough they could make a salad, or help cut up mushrooms for a meal in a way that really saved me time!

Now Jack is the toddler and most meals are prepped with him standing on a stool, watching, helping where he can and asking lots of questions “Mama, what you doing?” He’s still mostly in the fetch and carry stage of helping but the other day he made himself a peanut butter and jelly sandwich when he saw the sandwich making things left out on the counter! 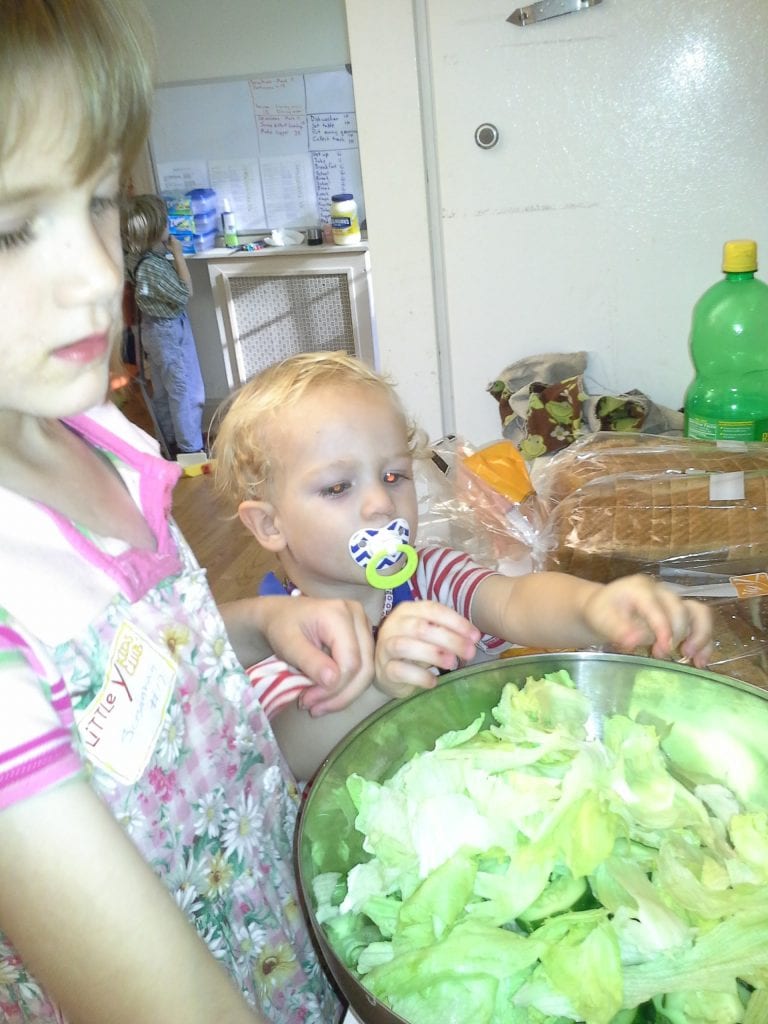 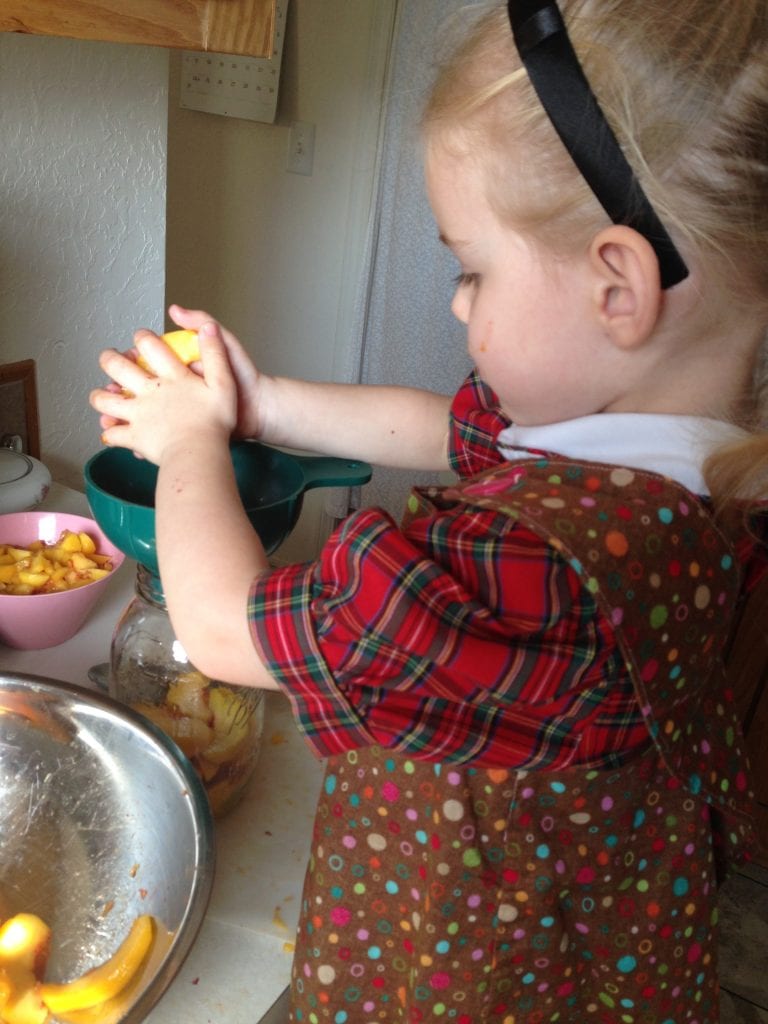 These are just a few of the things that a toddler can do to help in the kitchen. ?Jack also gets things out of the cupboards for me and helps by stirring things, greasing pans, and of course lots of tasting! Kitchen time is a great time to spend with the children and learn some life skills along the way. 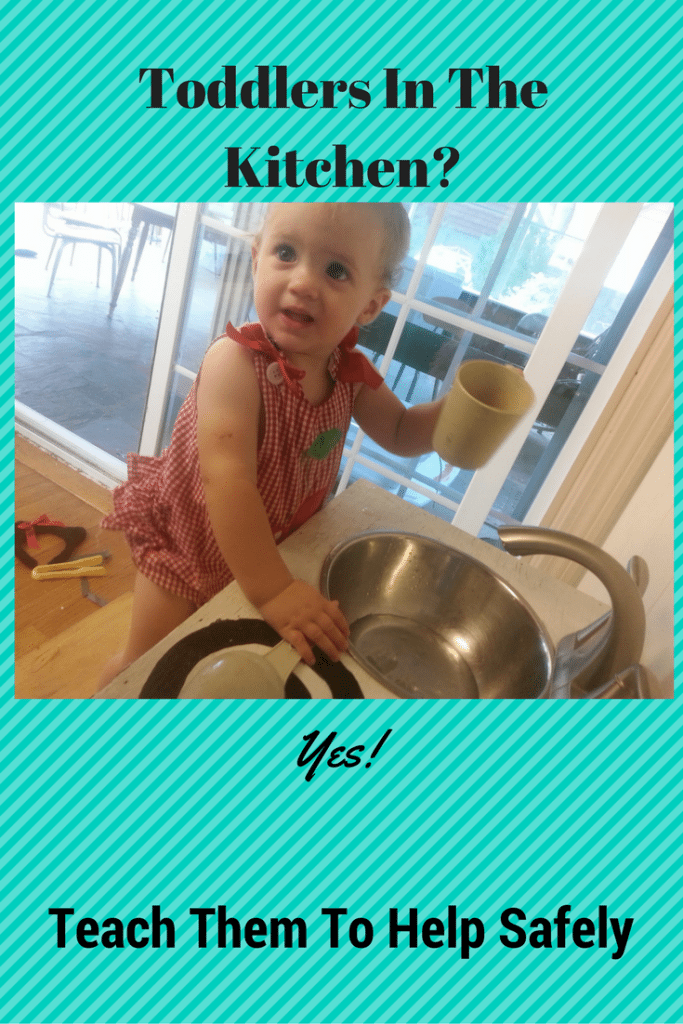 1 Response to Kitchen Kids: Toddlers In The Kitchen