Posted on February 24, 2013 by Kyndra Steinmann

Bull is my most enthusiastic kitchen helper these days! Considering the amount of food he puts away at dinner this is probably a good thing! We joke that he’s going to have to get a job when he’s a teen so we can afford to feed him.

Anyway…he is really quite handy to have in the kitchen as he knows where nearly everything I use regularly is and is delighted to fetch it. He is also a little frightening to have in the kitchen as he is considerably less cautious than Buggle and less predictable than Mouse, so he needs a sharp eye on him at all times. I have a strict rule that he is not to touch anything without permission and enforce it swiftly by sending him to sit where I can see him but he can’t see what I’m doing.

The other day I realized that he has gotten big enough to start doing some cutting jobs. We have an old serrated fish knife that we use for a first knife. It has a blunted tip, and while sharp enough to cut bread or mushrooms isn’t sharp enough to slide and cut a finger. I had gotten two pounds mushrooms on sale and wanted to cut them up for frying and freezing. Bull did nearly all the work. 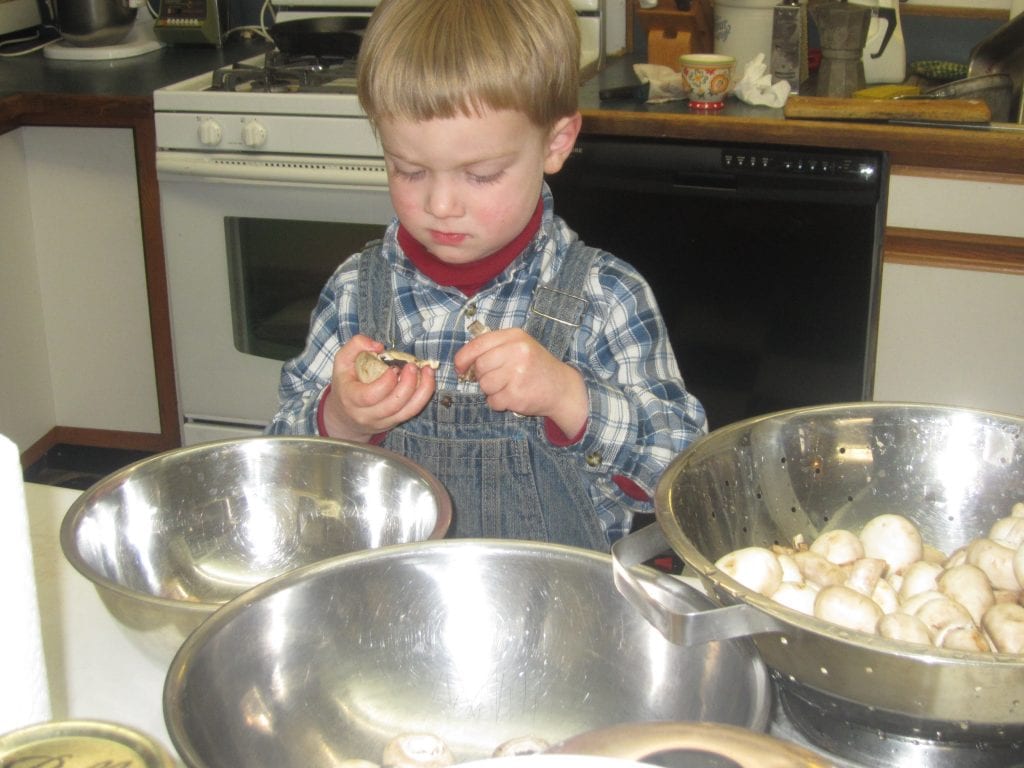 First I had him break the caps off of the mushrooms 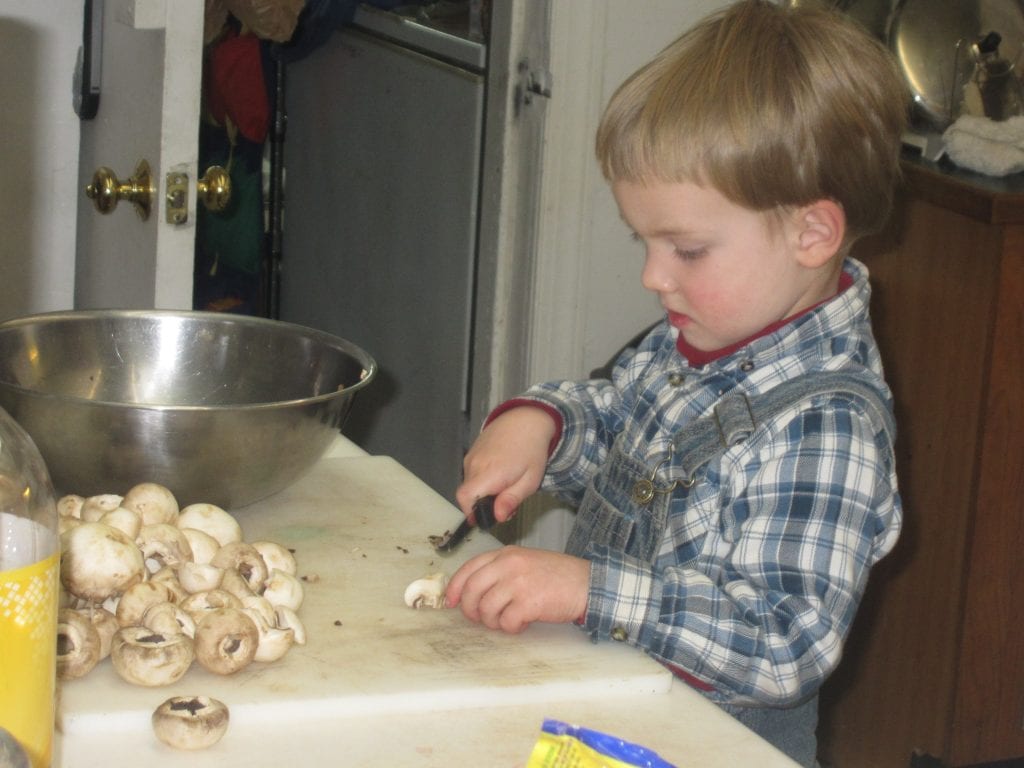 Then he carefully sliced the caps into 4 to 6 pieces. 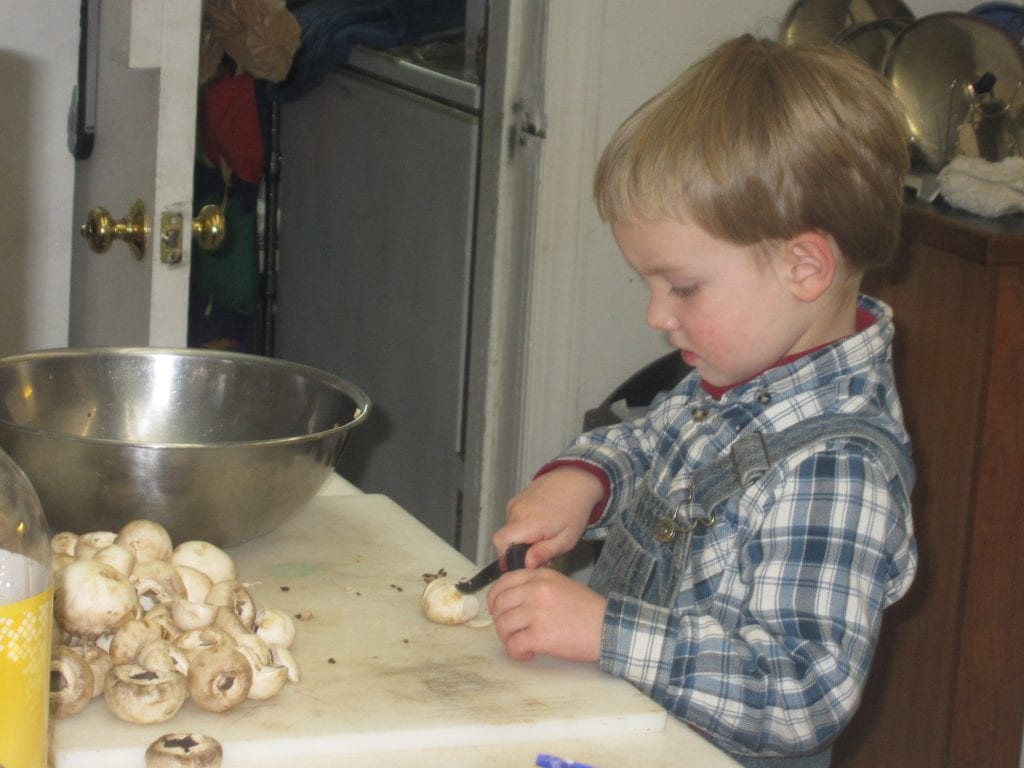 He was very careful with his knife.

3 Responses to Kitchen Skills for the Three Year Old