Was it just a month ago that we took a trip to the ER so Mouse could have a large chunk of glass removed from her foot?

Apparently this is going to be that kind of summer. 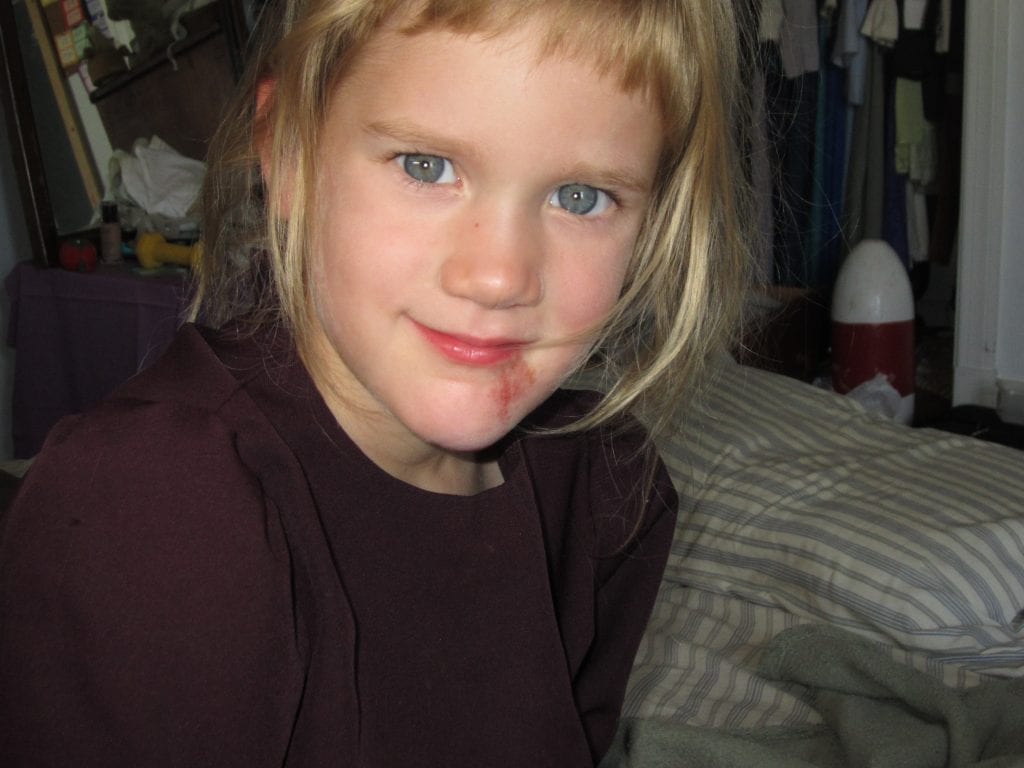 Saturday S went to a local cannery to help with a church canning project and I turned the children out of doors and tried to get a bit of this and that done. There was bike riding and running and playing with sticks, all the things that make a summer Saturday fun. Lunchtime rolled around and I went out to pick tomatoes and saw that Mouse had left her bike on the sidewalk.

I came in and called into the back yard for her to get her bike and put it away. She ran off to do it and I went to photograph the tomatoes. Two minutes later I heard Buggle pounding on the French door shouting and pointing and turned to see Mouse come crying into the house holding her chin and covered in blood, followed by two very concerned brothers.

Somehow she fell while running through the alley to get her bike and hit her chin on the pavement. A quick look showed a wide, deep cut (through the skin into the fat underneath) in a position where I doubted I could get a firm enough grip with tape to hold it closed. Bull fetched a stool for her to sit on, I gave her a clean towel wrapped around ice to hold on the wound, and called Sam to let him know we were headed to the ER.

I was very impressed by how the children worked together to get us out the door in under 15 minutes. Buggle brought Jack down from his crib for a diaper change then ran down to the neighbor’s to see if she was available for childcare (she wasn’t) while Bull went potty and then went outside to wait for Buggle’s return. All Mouse had to do was hold her ice towel to her face and climb into the van when we were ready.

The nurse walked into the room, took one look at Mouse and said “Didn’t I take a piece of glass out of your foot?” Guess there are some advantages to two ER visits in five weeks, but I’m not sure if I like them enough to want another visit this year!

Anyway she got cleaned up, had some numbing gel and while we were waiting for that to work S came to join us making this visit rather a family affair. A quick application of dermabond and we were on our way. The whole incident took about two hours and Mouse is now sporting an impressive bruise on her chin and has instructions not to swim for a week. 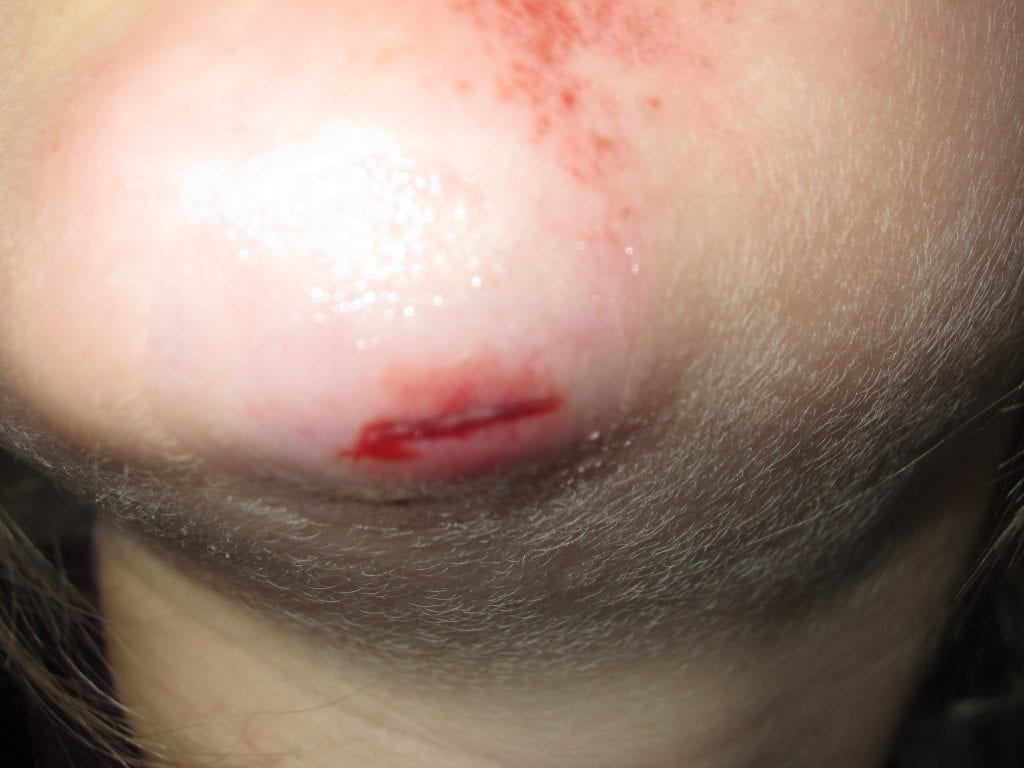 This entry was posted in Life, Uncategorized and tagged Mouse's Marvelous Medical Misadventures. Bookmark the permalink.