Rotations (or how to harness ADHD for housekeeping)

Posted on September 7, 2016 by Kyndra Steinmann

A few years ago someone casually mentioned to me that if they had to stick a “label” on me it would definitely be ADHD!

I got to thinking about it and found that I am much more productive (and therefore happier) when I approach projects from a “I am only going to work on this for fifteen to twenty minutes” starting point. At about the point that focus starts to wane, my timer rings and I’m done! Awesome! Check it off and move on.

But what about the jobs that really need more time? Housekeeping is notorious for those and I get super stressed even thinking about them.

Pretty straight forward when I’m talking about the public rooms of the house (Living Room, Dining Room, Kitchen, and Bathrooms). They get picked up and swept every day anyway as part of the 20-30 minutes General Tidy so they can only get so bad, even when we’ve had a weekend of in and out, and people dumping things. 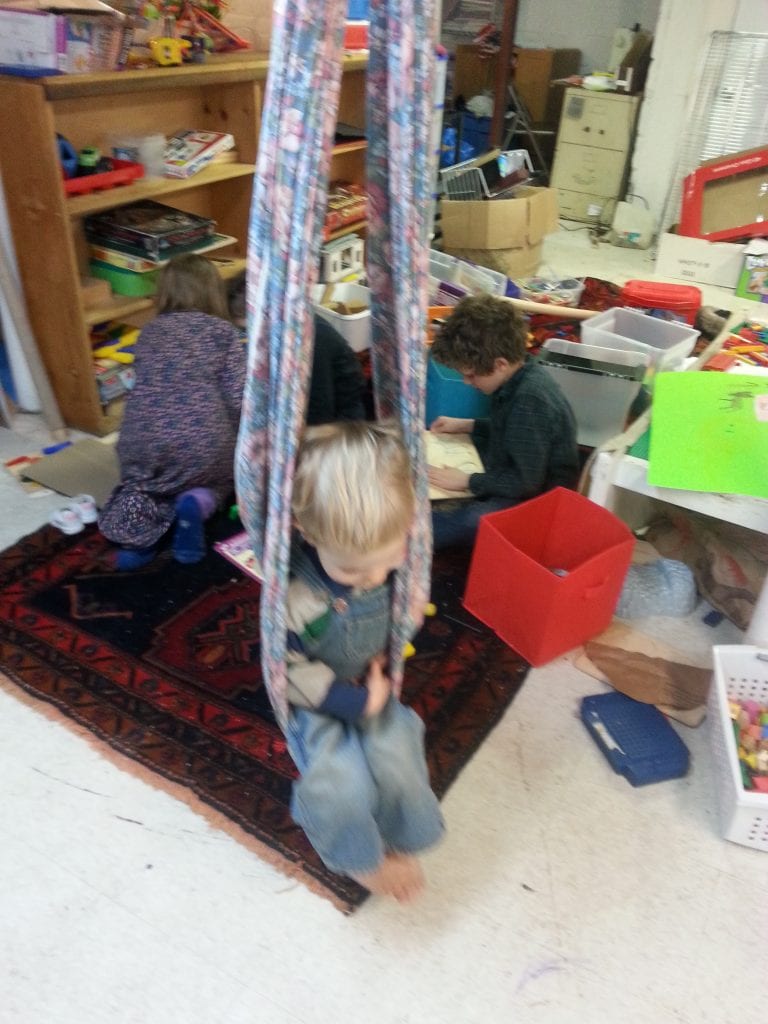 It’s a dumping spot! And a playroom and I don’t go down there very often so it both looms large in my mind (a never ending project) and it gets worse and worse.

are on the Rotation for Tuesdays.

And after three weeks of giving each of those areas FIFTEEN MINUTES ONCE A WEEK, I can see that another three weeks will probably give us neatness since we are already at “usable space that needs some straightening and tidying” rather than ” enormous pile of unknown provenance”!

In fact it is SO much better that I sneaked down to the sewing area twice today to just do another ten minutes of straightening.

And the Tool Room and Freezer Room? Took me under ten minutes total to straighten today. ?Two weeks ago it was impossible to walk across either room. 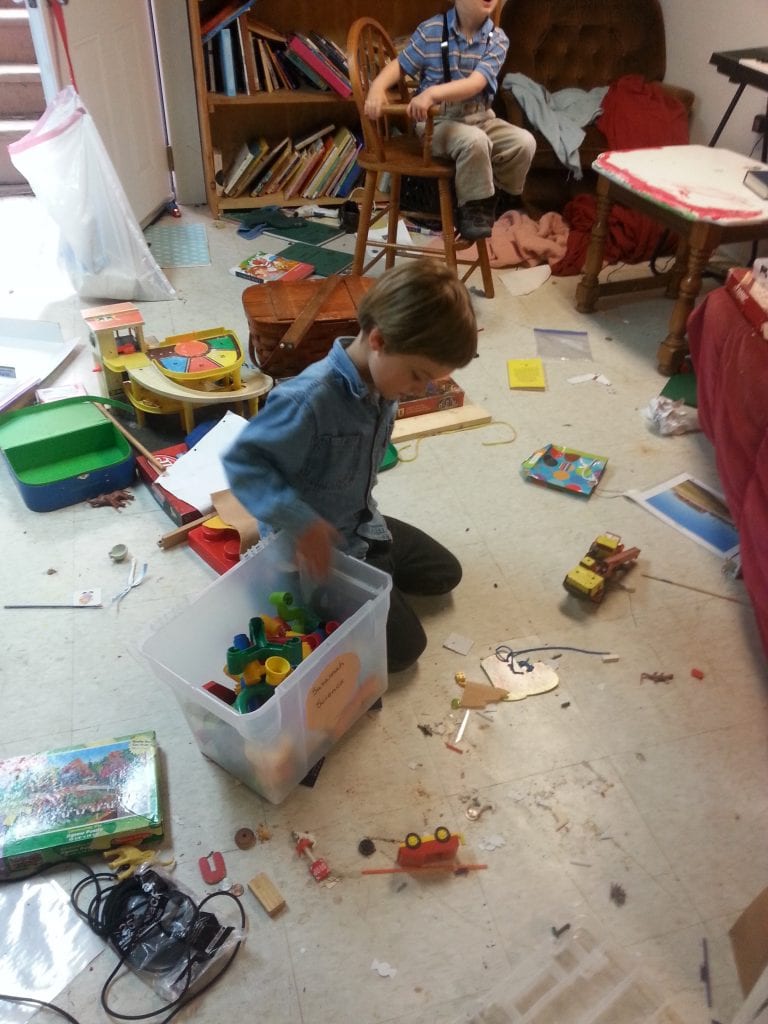 Bull starts the process of “removing foreign objects” by picking up every thing that isn’t trash and sticking it in a bin for later sorting.

Three weeks into the scheme I’m finding the work actually gets done because I don’t dread it, since I know I’m looking at an hour of work at four similar but different tasks! So much easier for my focus and mood and so much better for working with the children to keep our spaces clean and neat.