Posted on December 7, 2016 by Kyndra Steinmann 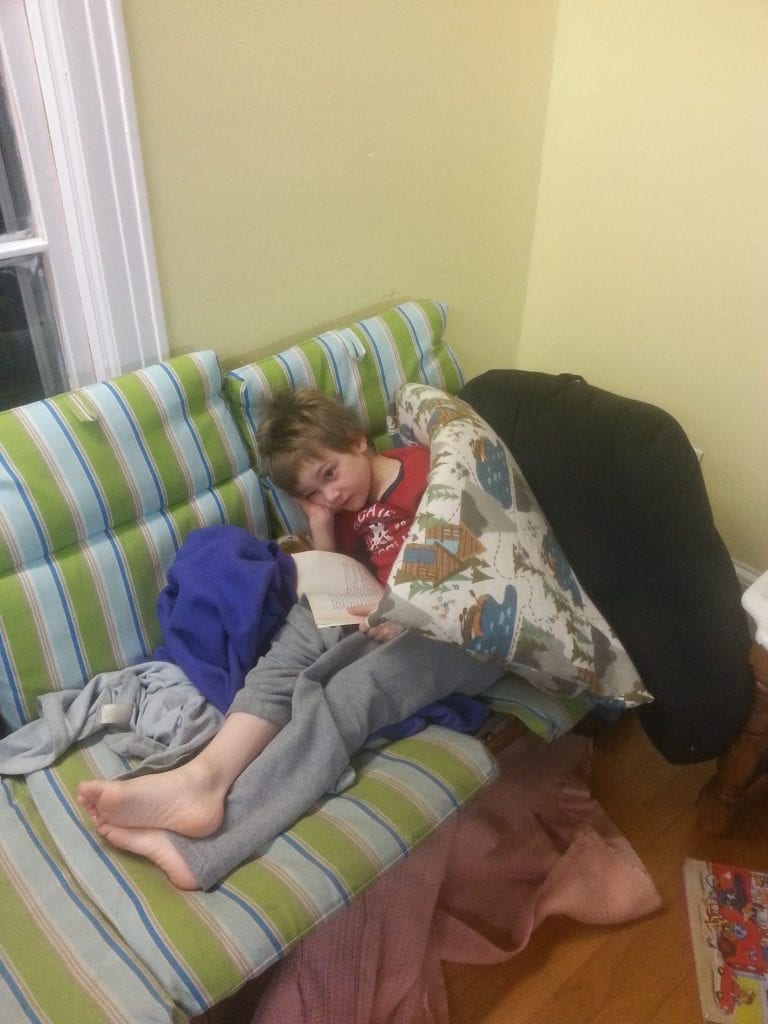 This is a sick Bull. He spent two days this week lying on the couch completely out of energy and loudness.

It was so very quiet around here!

I must admit I enjoyed the quiet and calm, but I would have wished for another cause.

I started thinking about how I handle sick days, especially when Buggle succumbed as well and I was without two of my main helpers at once!

Altogether I keep things as simple as possible and figure we’ll sort out the messes that accumulate around the edges once all my helpers are back up to their regular energy levels.