Posted on February 23, 2013 by Kyndra Steinmann

Bull and I have been enjoying doing some activities around the letter B. He’s fascinated by the alphabet right now and with his speech issues I’m looking for ways to concentrate on one sound for a while in hopes that this will help him speak more clearly.

I decided to start with B as he can say it although he usually substitutes a D and it’s the first letter in his name so we could start learning to write his name as well.

The ABCJesusLovesMe curriculum has pdf’s of large letters to print so I printed six and incorporated them into his schoolwork.

We colored one blue, we talked about Daniel being Brave, and we did this activity which was also great for fine motor skills. 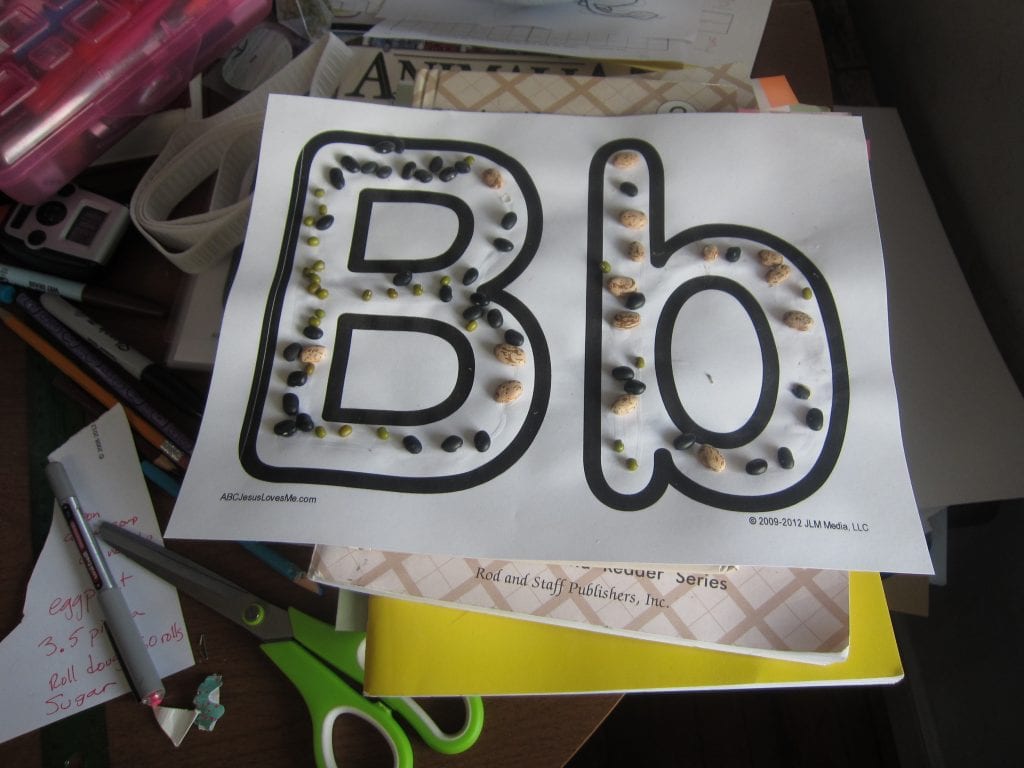 We used three different kinds of beans glued to the B. While he was gluing we practiced saying “B, B, B” and then “Bill bites beans”. 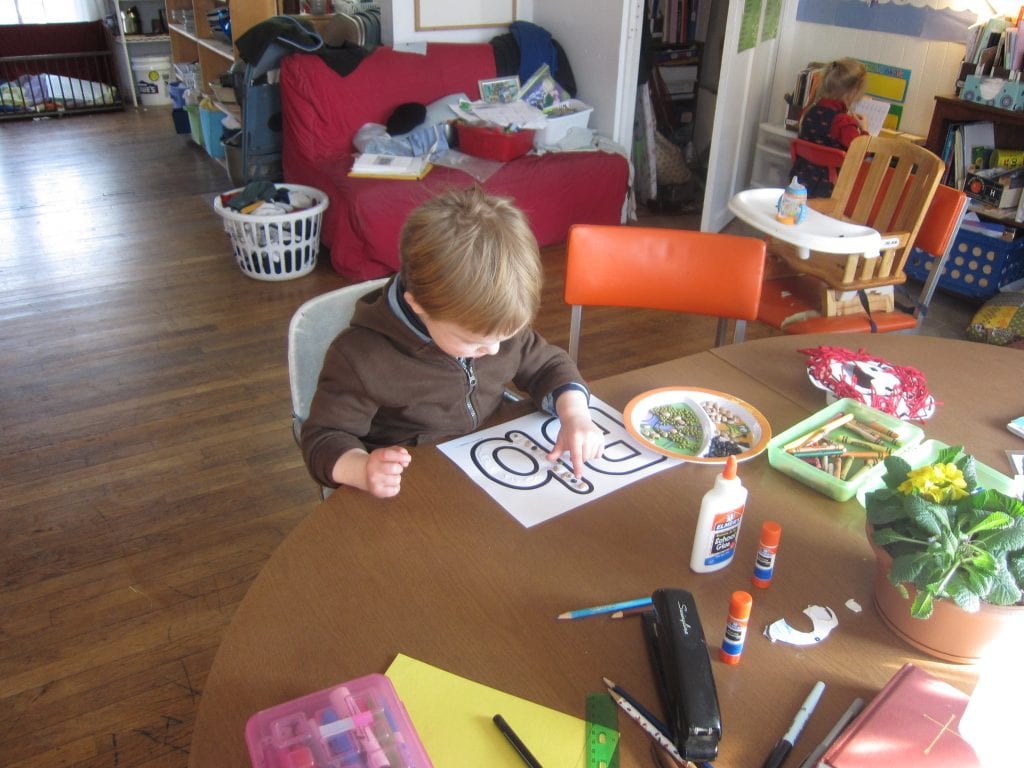 He hates getting sticky and we had to use school glue for this not a glue stick. He kind of dropped the beans on the glue line rather than touch it! 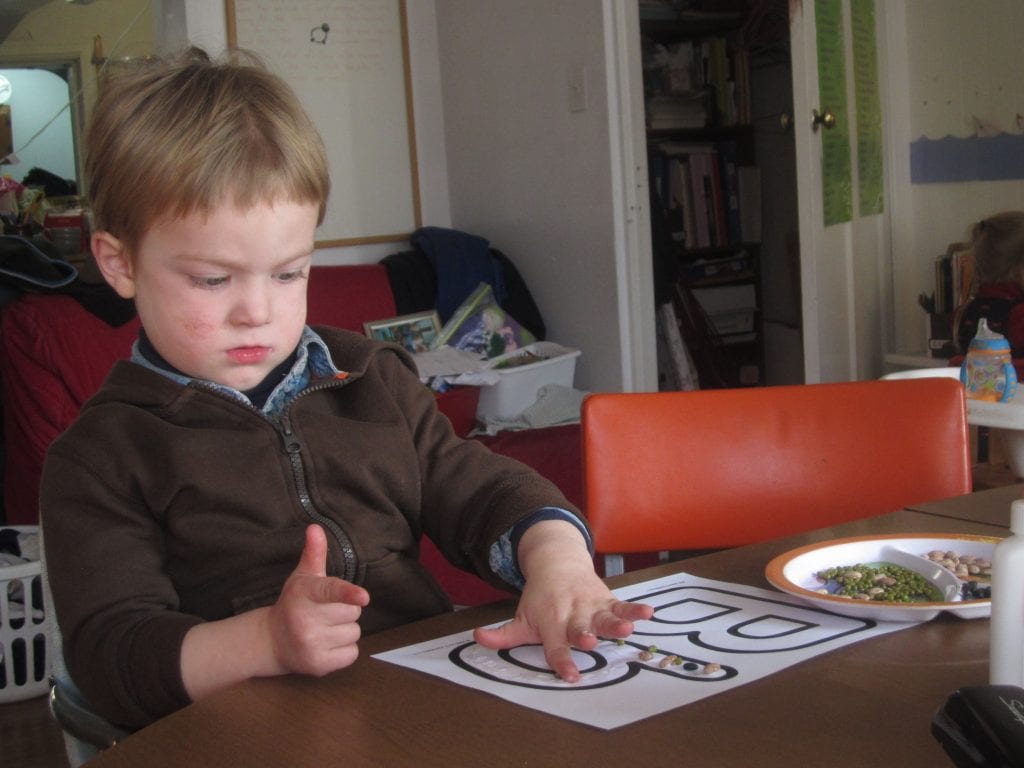 After the glue dried I put it in his “B book” which is a plastic covered prong folder with sheet protectors. The bean B is a little fragile but the sheet protector seems to do the trick.