Unit Studies: The Life of Plants

Mouse started her new Science Unit today. I’ve been working on compiling it for a while (and I have some more to do) but I had enough done that I could let her start!

I’m mostly trying to introduce her to some basic facts about plants (their amazing variety, how some of them grow and some of their uses) while getting her used to observing, theorizing, experimenting, and recording her results. In order to do that I needed a lab book. I looked at last year’s HEAV Convention and found a lot of cool ideas for experiments but no pre-written lab book for her age and interest/capability level.

I was thinking I was going to have to put something together by hand, but then I realized that I could layout something that did just what I wanted in Google’s version of Powerpoint. Here are the cover and the first experiment page: 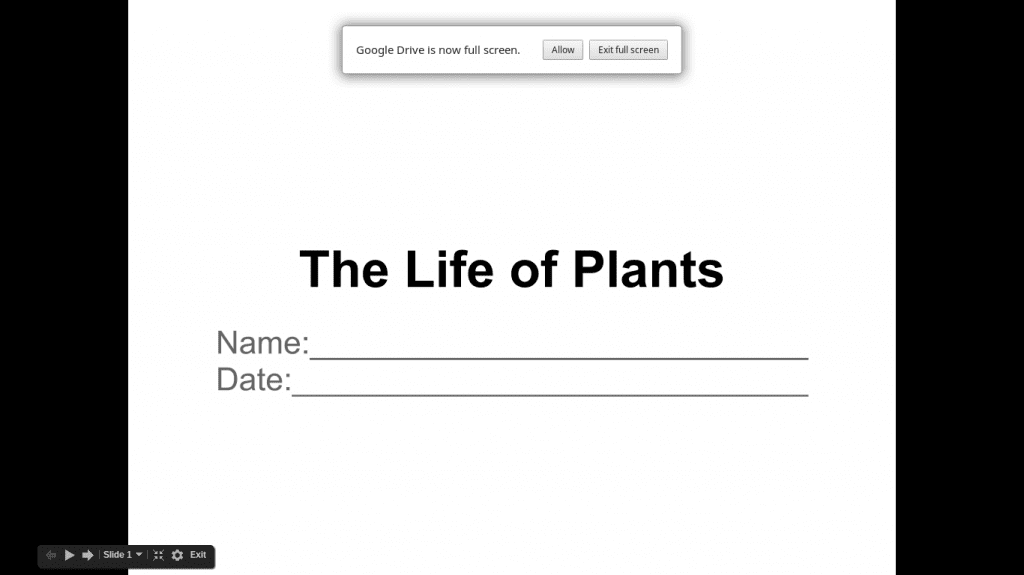 She decorated this page this morning and put it into the cover of her binder. 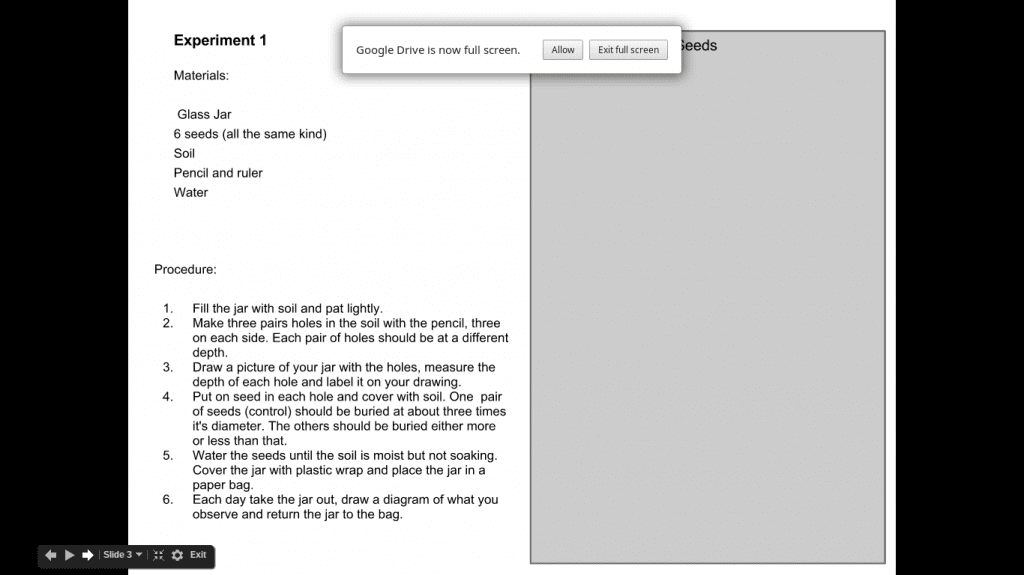 We started out the morning with a walk to collect some specimens of what’s growing around here right now.

All three children keep a Nature Journal. The big two draw and write (I help with spelling) and Bull draws and dictates.

Then while Buggle went off to build a spring scale for his Simple Machines Unit, Mouse started working in her lab book.

She decorated the cover.

The book is Dorling Kindersley’s The Visual Dictionary of Plants.

Then read the introduction. 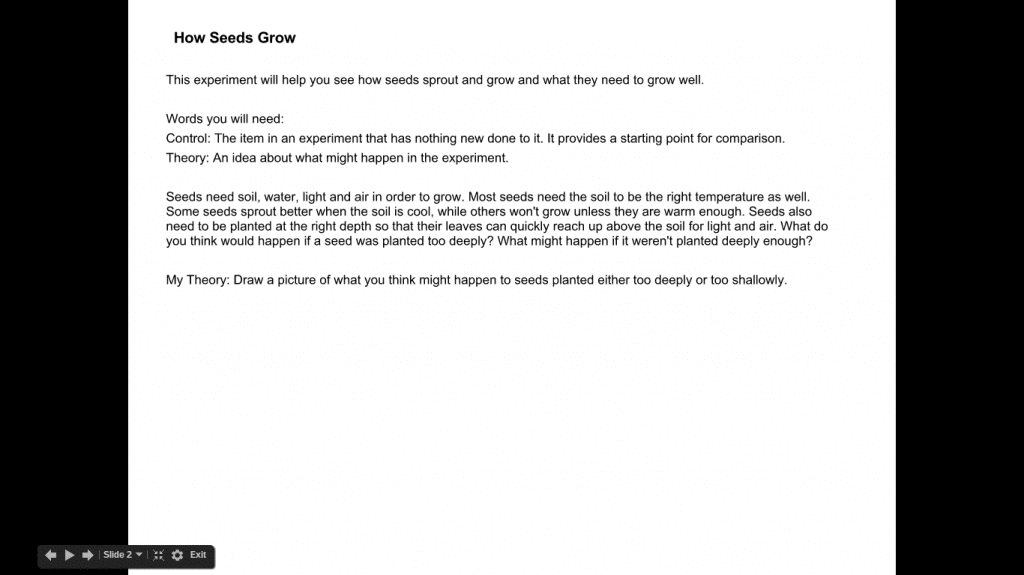 Since she’s only in second grade I’m mostly having her draw instead of write. 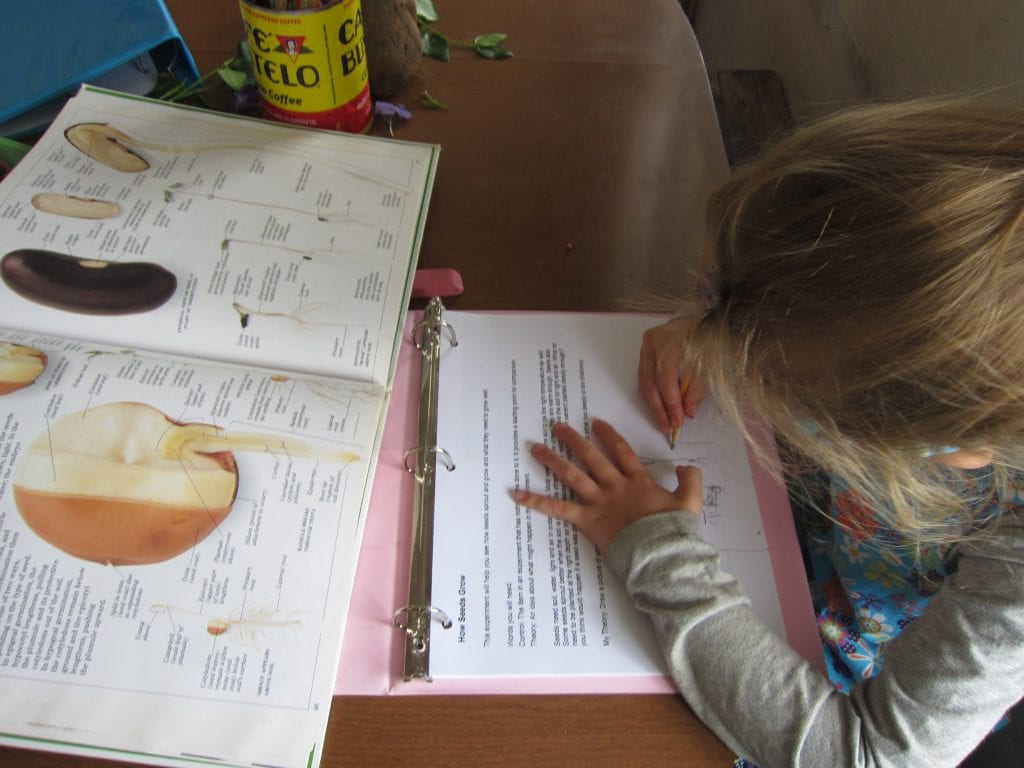 I have all of her supplies assembled in a milk crate. She took the glass planter I had found, filled it with dirt and made holes for the seeds. I had to help her a bit to make sure the sets of holes were nearly the same depth and the seeds were close enough to the glass for her to be able to observe their growth. She drew a picture of the assembled experiment and we watered the seeds and put the whole thing in a paper bag (peas sprout best in the dark).

Tomorrow she’ll take out the planter, observe it, draw her observations and put it back in.

We also pressed some of the plant specimens from this week’s nature walk for future use.

1 Response to Unit Studies: The Life of Plants