Over the holidays we finished up our study of the 50 states and their capitals. The children seem to have enjoyed it although we lost momentum several times and weren’t able to be as in depth as I would have liked. It was time to move on to another unit study and at least they have picked up enough knowledge of the 50 states to have a good idea of where people they know live in relation to one another.

One of the difficulties in teaching history to young children is figuring out where to start! The ancient (pre-Christian) world is interesting but somewhat remote (in my opinion) but starting with the birth of Christ also seems a bit too far back in time. I decided instead to start with the Exploration of the New World. My thought is that this is to some extent a natural follow on to learning the geography of the United States and gives us a good segue way into the study of the settlements at Jamestown and Roanoke (both of which are close enough to be reasonable choices for field trips).

So last week we started studying the Age of Exploration:

We began by discussing what parts of the world were known and unknown in 1450. I showed them this map and we compared it to the map of the world on the dining room wall. Next we discussed what the explorers might have wanted to do after they came back from an exploration.

We quickly reached the conclusion that they would have wanted to bring back maps of where they had been (from Buggle) and shells that they had collected (Mouse).

“How,” I asked, ” would they remember all they had seen? Remember sometimes they were gone for several years.”

“They could draw pictures.” Mouse again (she is still Pre-Columbian in her ideas of communication).

“Or they could write things down- like a list.” Buggle (who is somewhere between Pre-Columbian and literate, but had observed that the adults around him write down things they wish to remember and is able to extrapolate from observation).

“Yes,they could. They kept a record called a log.”

So we made log books to keep a record of our study: 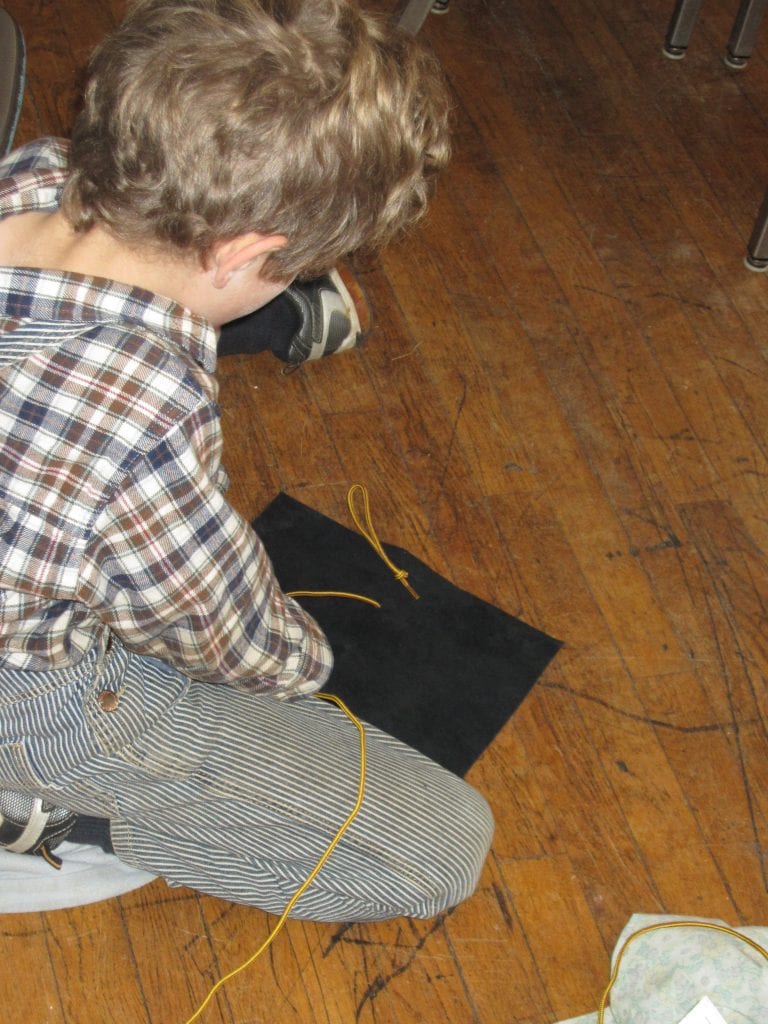 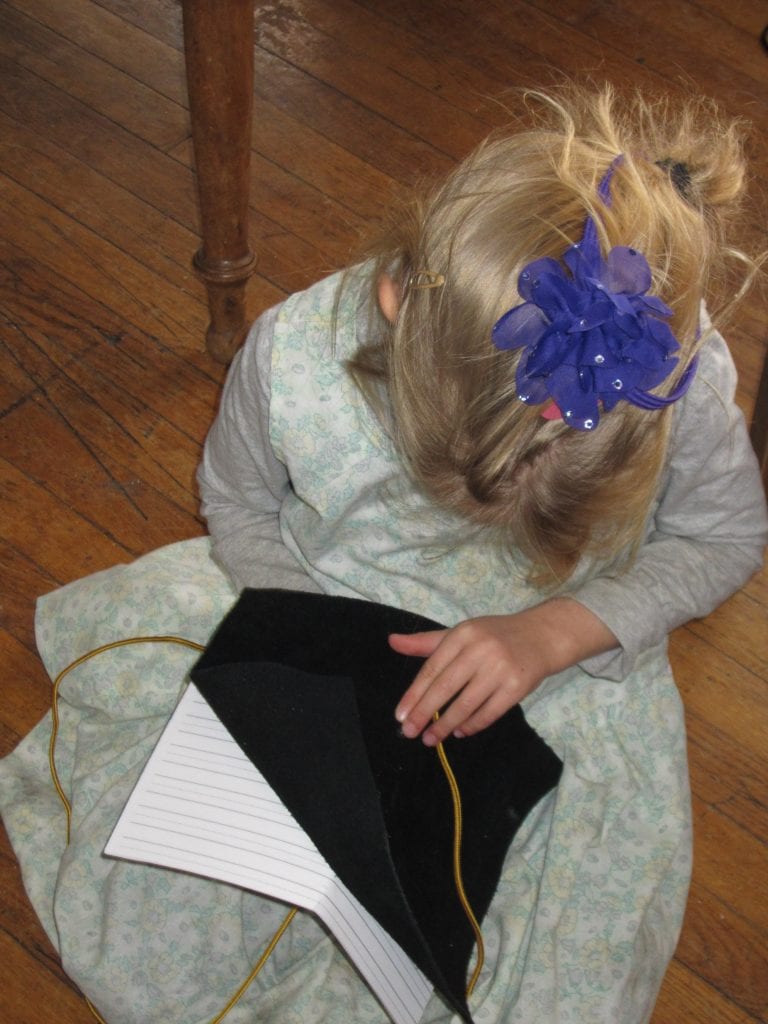 Lacing her book together- she seems to have been having an “artistic hair day”! 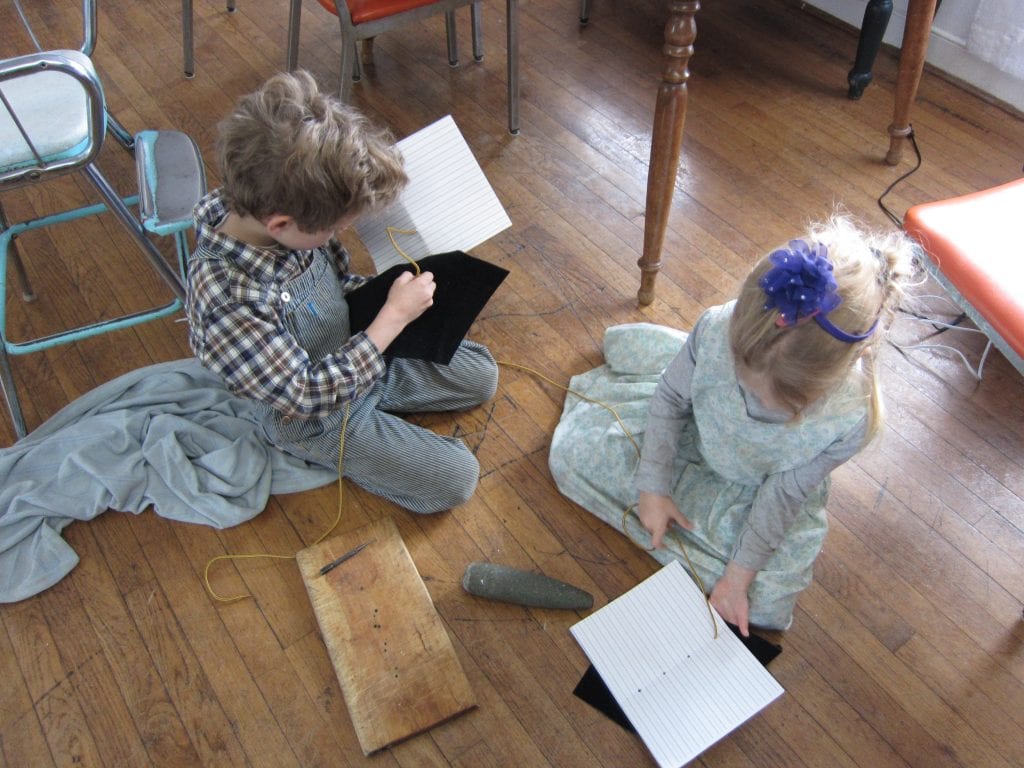 After we had assembled the books I had them write a title on the first page along with their names. We will use these several times a week to record short sentences about what we are learning!