The first explorers we looked at were Eric the Red and Leif Ericsson. The children colored a page from their “Exploring the New World” coloring books, while I read to them.

This counts as art as well as history, so I asked them to focus on coloring evenly and neatly. They did a good job.

We put little pictures of a Viking ship and a party of Vikings in an open boat on our time-line to represent Eric and Leif. We also looked at the world map and discussed where they had gone.

The next day they pasted copies of the same pictures into their log books. We reviewed what I had read yesterday and they copied two sentences about Eric the Red off of the board. 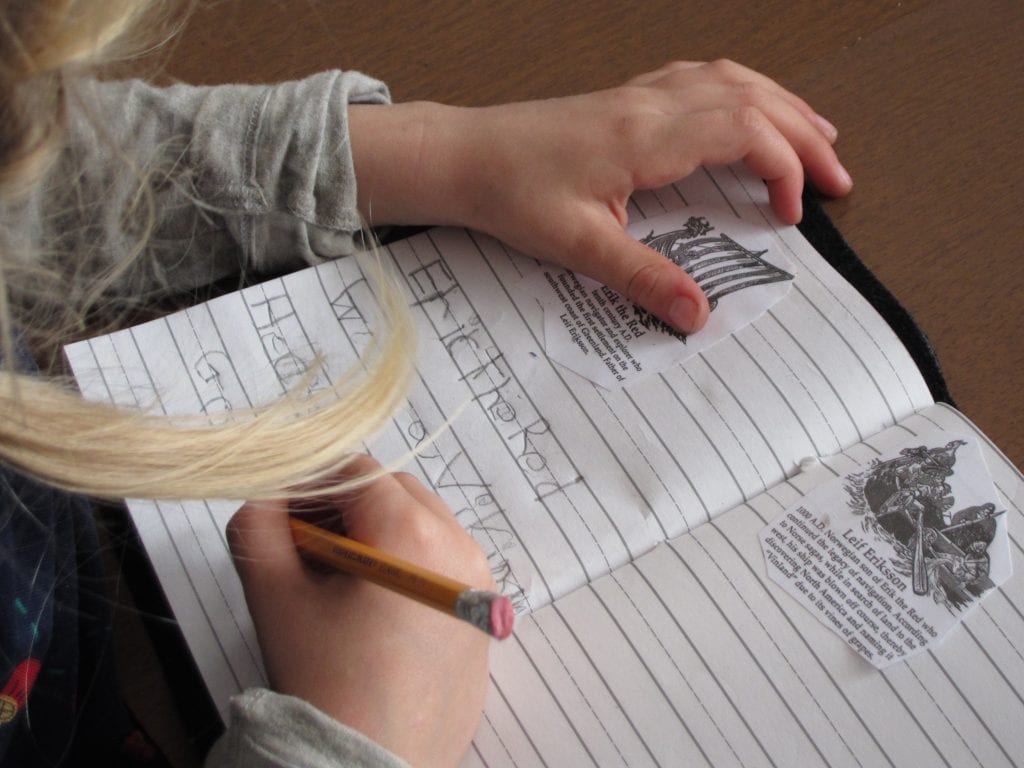 The children glue pictures into their log books and we discuss the explorer, then they copy a couple of sentences about them.

On Friday we made “Viking Coins”. I got the idea from Homeschool in the Woods: Great Empires course which has a section on the Vikings.

My printer was out of ink so I couldn’t print off the sample pictures I had. Instead we looked at them on the computer and then copied runes from another site onto our coins. Mouse’s coins have an “s” rune and Buggle’s have an “f”.

Cutting “coins” out of cardboard 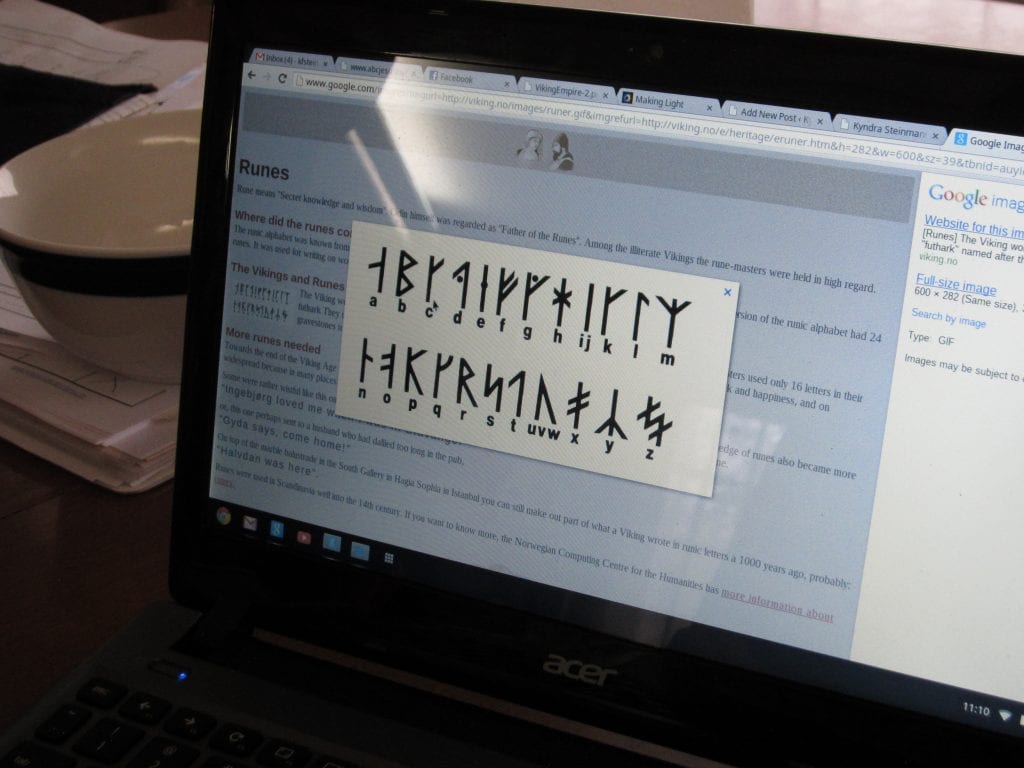 We put runes on both sides of the coin then I traced them with the glue gun. We’re supposed to spray paint them silver but haven’t done that yet as we had to wait for the glue to dry and it has been raining since. I’ll try to remember to post a picture of the finished coins.