Wrapping Up: Glimpses of Our Week II

Posted on September 5, 2014 by Kyndra Steinmann 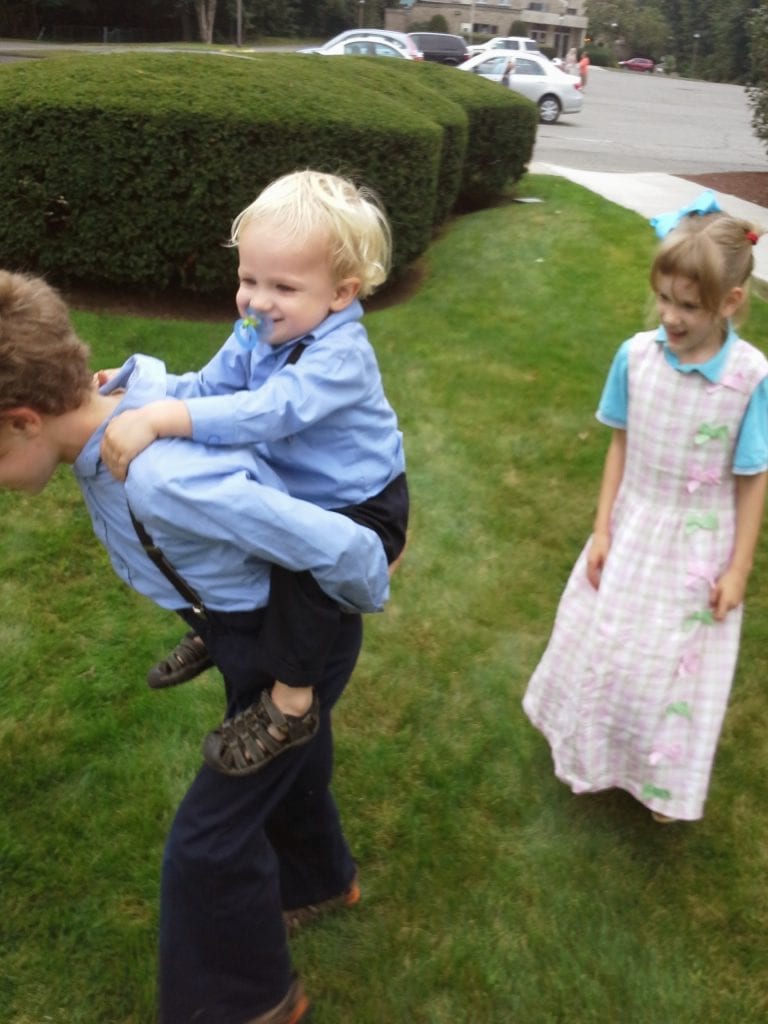 Children romping after church. Buggle is such a good big brother! 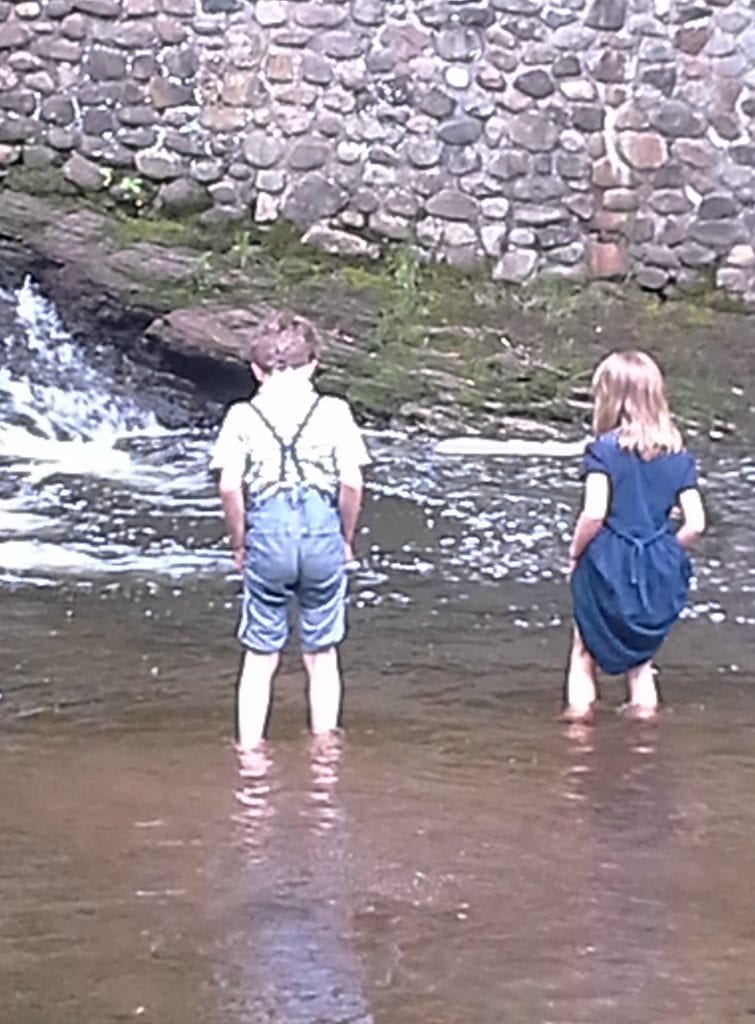 Labor Day we took S with us to the creek where we love to swim. Jack and I played and the big three and S waded up the creek – not something I can easily do with Jack. 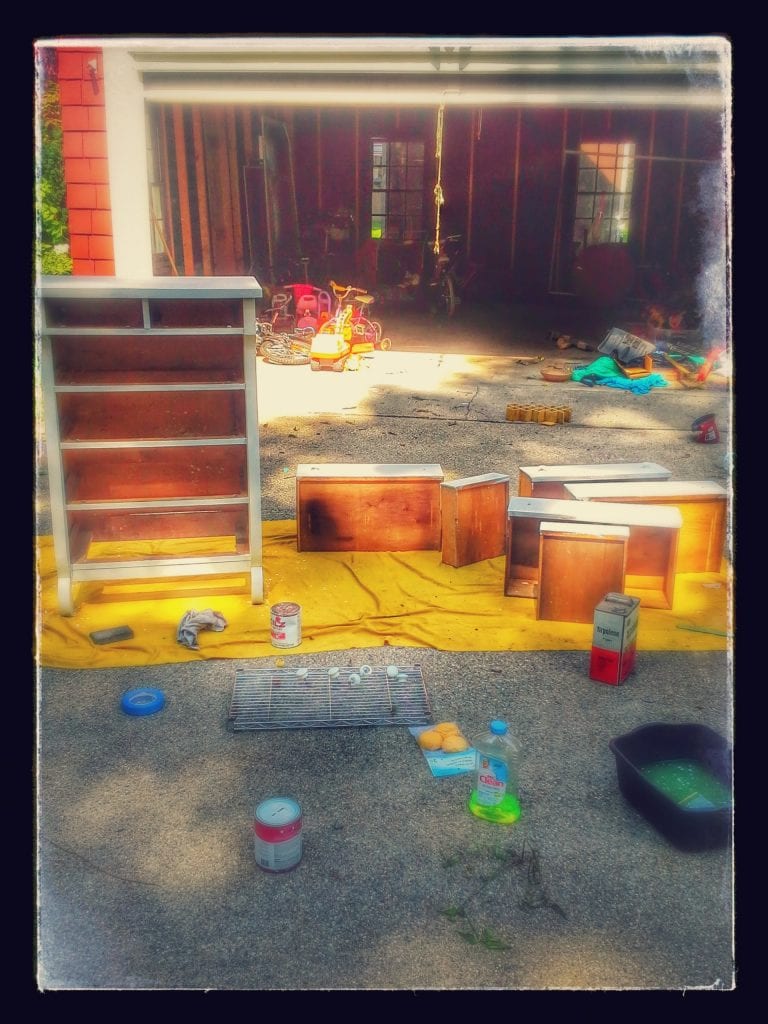 I also did the first steps of repainting an old chest of drawers for Mouse’s room. 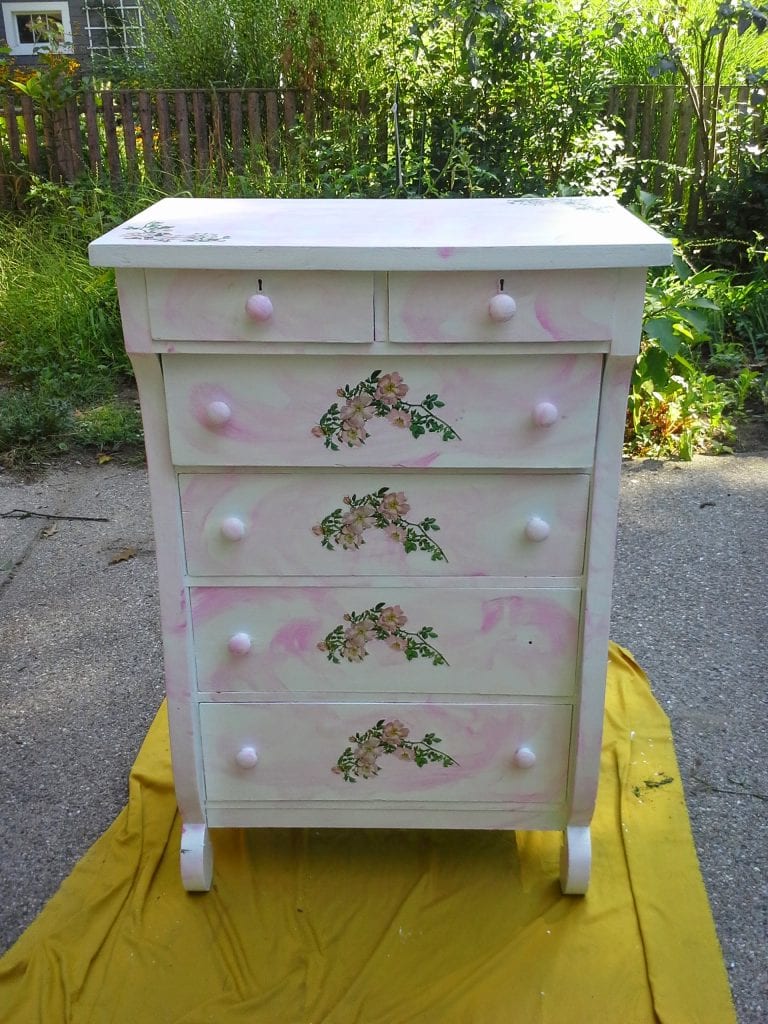 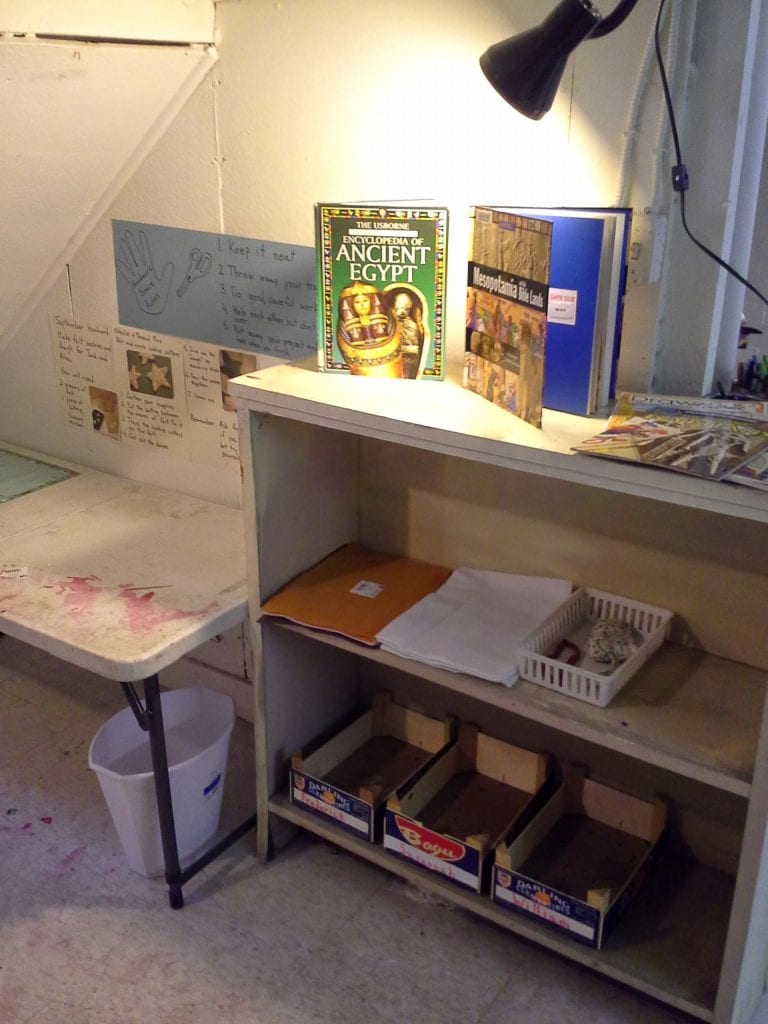 Cleaned up the old art center and re-purposed it specifically for handwork and delving deeper into things we are studying (provocations and invitations). 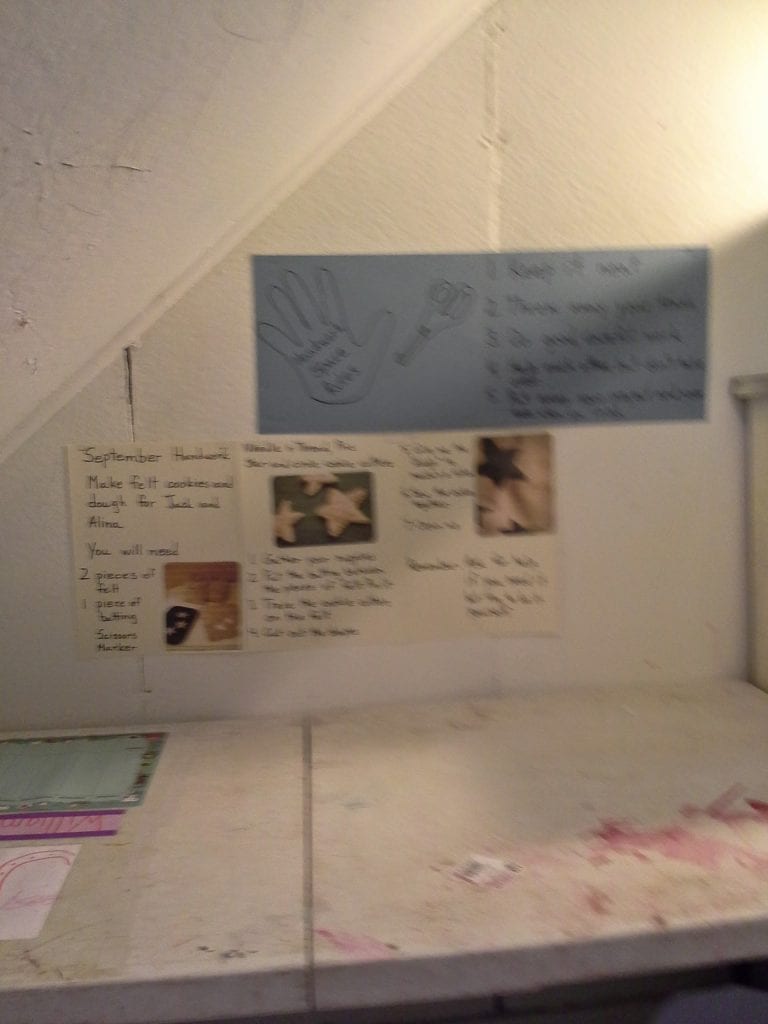 I printed something I found on Pinterest and made a set of directions for a handwork project. My goal is for the big two to do these fairly unassisted and I’ll help the little boys who will work together. 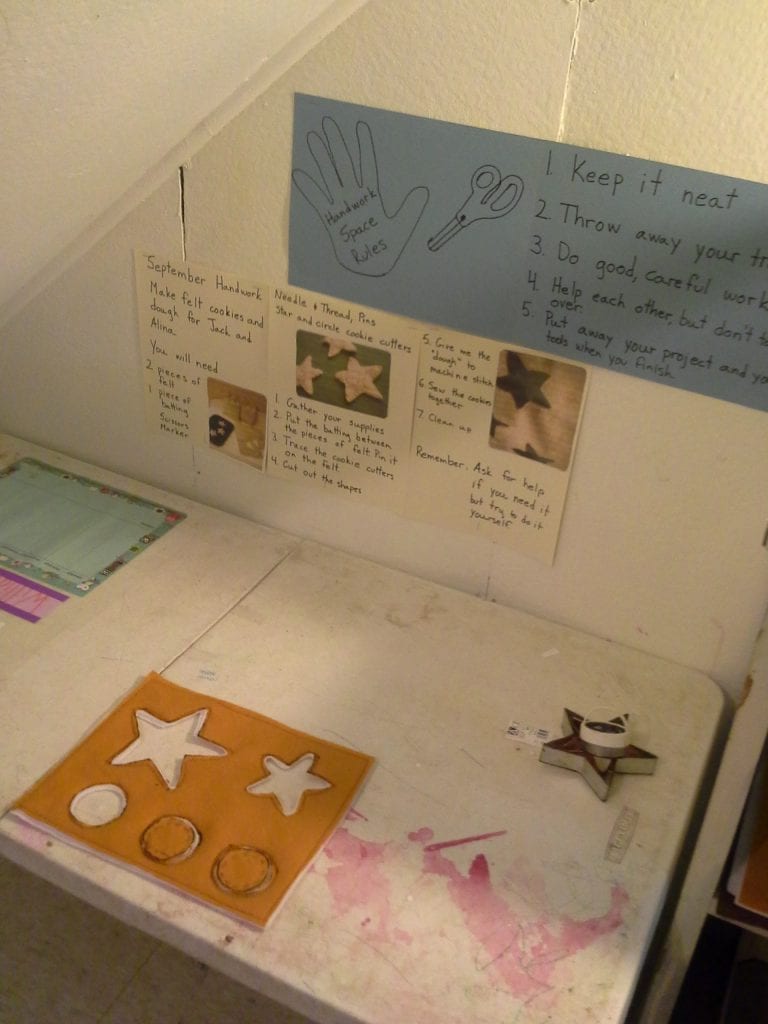 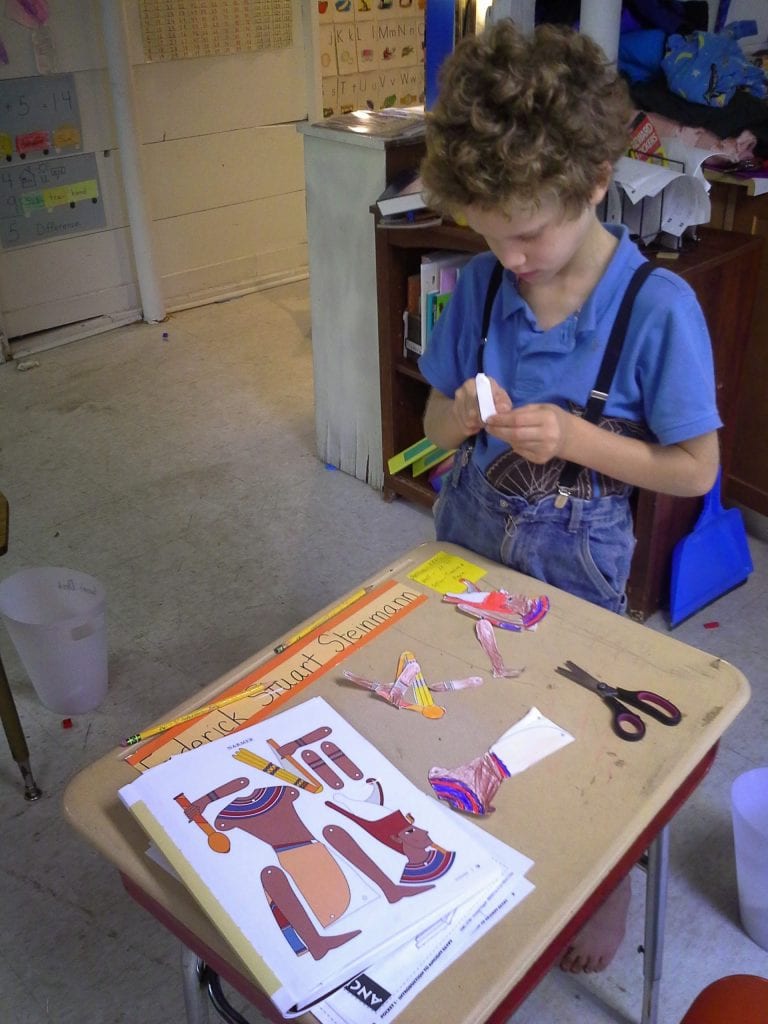 Adding a figure of Namer to his Story of The World Notebook. 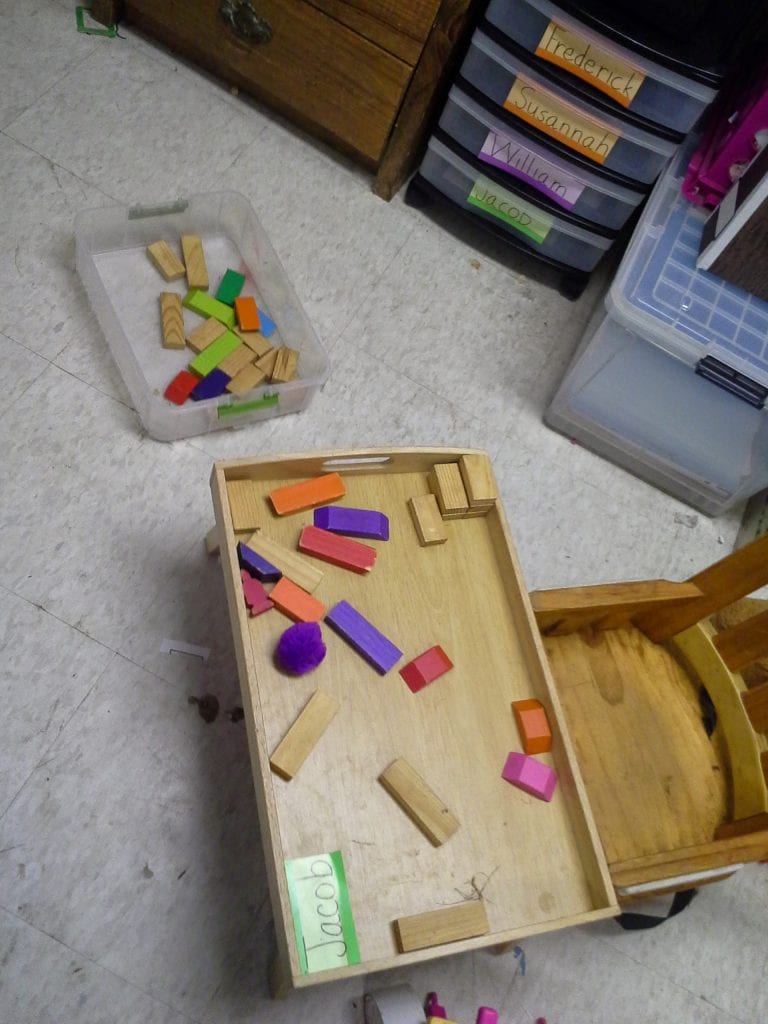 I FINALLY got a chance (seized one is more like it) to sort the blocks by type a la Froebel. We now have a set of rectangles for the little boys to experiment with. Later on I’ll give them cubes and shapes derived from cubes, and cylinders and shaped derived from cylinders…. 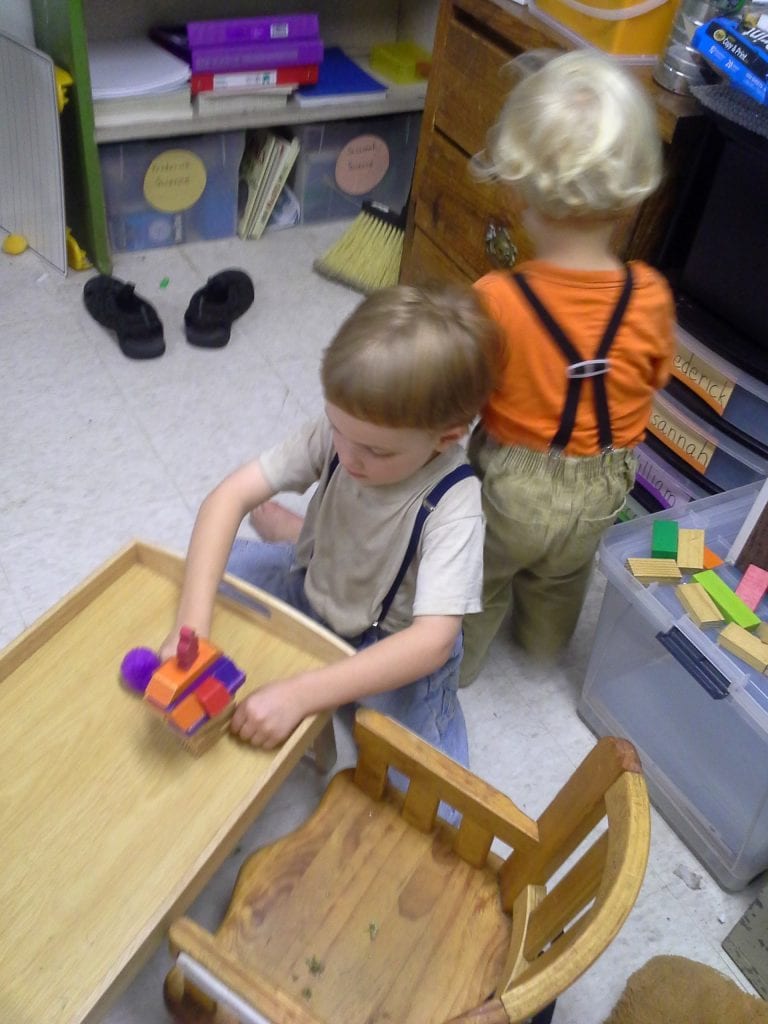 This is a rocket driving across the ground.

Busy, but good. Next week will be crazier as the big three start a Gym and Swim class at the YMCA and Bull starts dance on Monday with Mouse having Dance on Friday. Buggle is holding out for Cub Scouts……

I did a bunch of writing this week, some of which got posted other bits were saved for later, ran errands (S and I will spend a good bit of the weekend cooking things ahead for the next several weeks of extra-curricular stuff).

My two favorite posts this week were: on Speech, Reading and Phonics ?and ?Why Our Days Are Tiring

The biggest effort in parenting was continuing to work on the children saying “Yes, Mama” ?and then following through (this article from Kendra Tierney at Catholic All Year was a great encouragement ) and on attitude ?(read why I think it’s important here).

Looks like it’s going to be a lovely and busy week and fall….K