Yesterday it finally rained. We’ve gone for weeks with no rain to speak of now finally we had a rainy day and it looks like we’ll have one today too. Of course after church and naps the children were bursting with energy so Su and F were sent outside to play with their boots on. They got terribly muddy (Su’s dress had to be soaked overnight and I’m not sure it will come clean) and had to have baths. They spent most of their time making? “tea” in various vessels (including the wheelbarrow) with mulch and rainwater.

Last night it rained some more, but back out they went after breakfast, and W wanted to go with them. OK I have plenty of outgrown boots. I found the smallest ones (7) and attempted to put them on him. Nope. His foot wouldn’t go past the toes. So I got out the 8’s and they seem to fit fine. It’s official: his feet are bigger than Su’s! 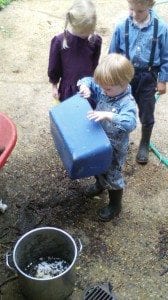 Covering himself with wet mulch. 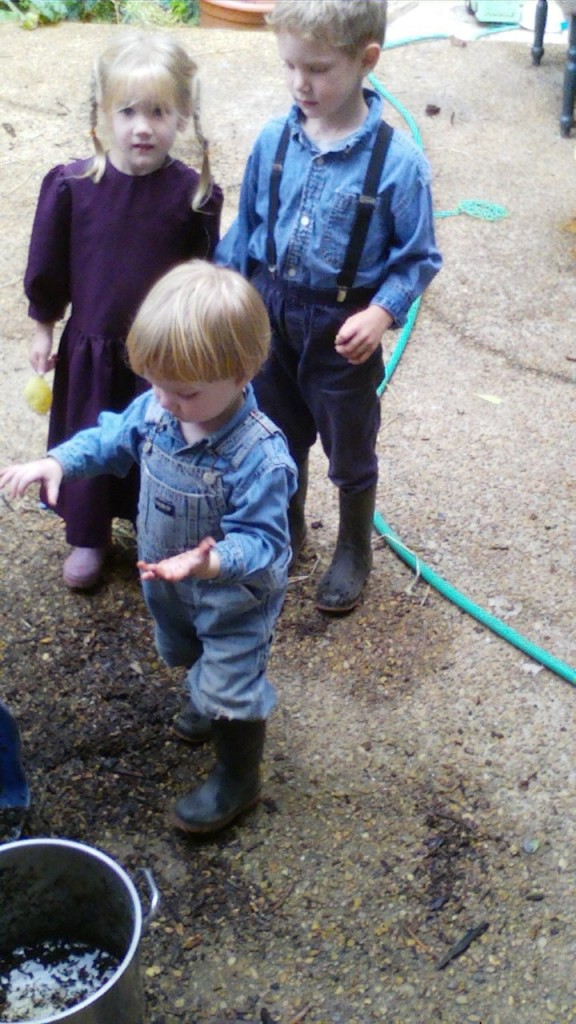 Playing with the big kinder.

Linking over to Makes My Monday and

3 Responses to Boots for Everyone