The Dawdles: Cleaning The Whole House

Not long after I started using the timer and post-it note method to cure the dawdling habit, we woke up to a rainy Saturday and a house that desperately needed some help! Four children full of energy plus two grown-ups who are a little over-tired from a busy week, and a little stressed because of the level of mess does not make for a happy family.

Obviously something had to be done. S suggested cleaning the house together and I agreed. But how to keep the children from becoming discouraged because our “family time” was being spent cleaning?

Enter the post-its and timers! 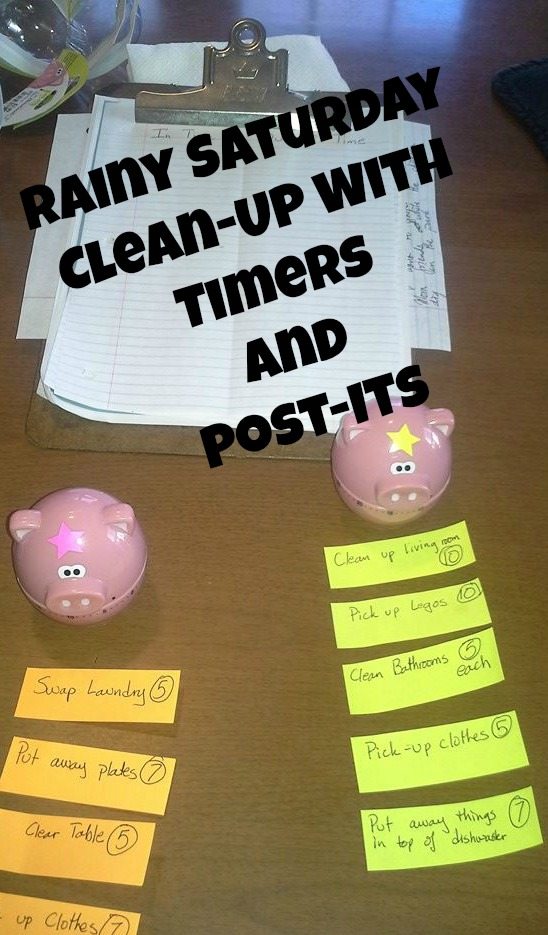 This time however I didn’t want to reward with jelly beans. It seemed to me that giving children stuck in the house, extra sugar was asking for trouble! Instead I made lists that looked like this: 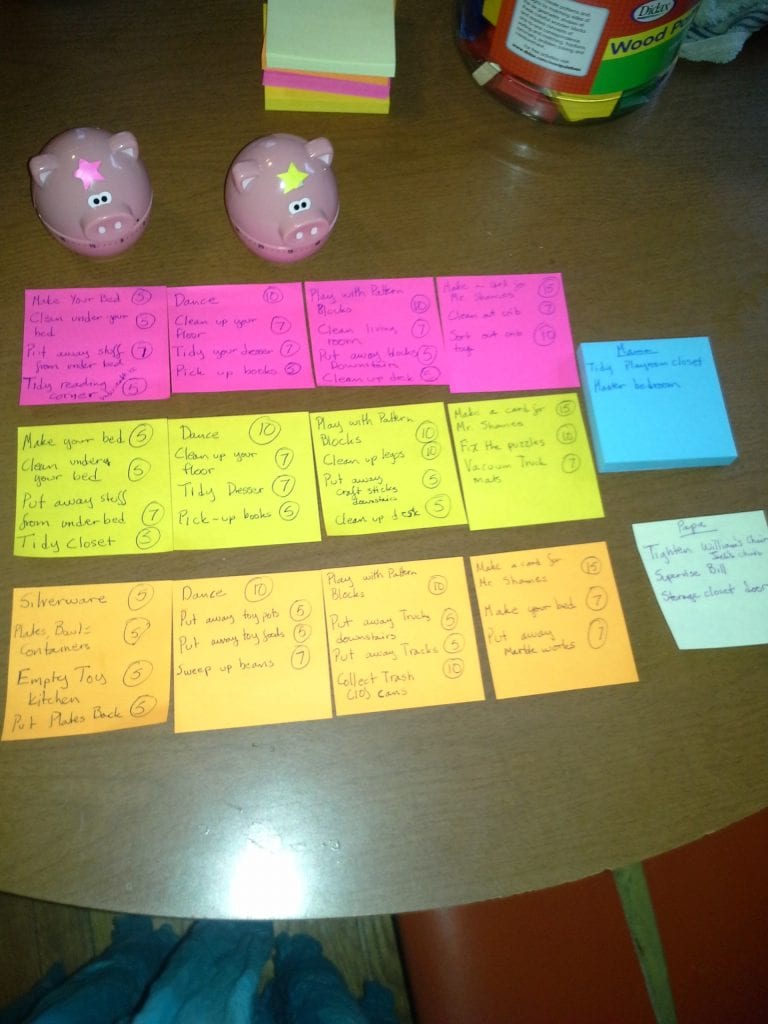 The first card had just a list of jobs and times as is usual. The next card however had dancing as the first “job”, then three more typical jobs. The third card also began with a fun item and so on.

The cards didn’t work out quite as I had planned but they worked alright. I had planned that everyone would dance together, but some workers were a bit slow, so that fun item turned into running laps around the downstairs (the house is laid out in a loop), and the other fun items were also pursued individually as they came up. In some ways I think that worked better. Children who were taking breaks had time to do something without a lot of input from someone else, and children who hadn’t earned a break yet were able to see what they could be doing if they hurried with their work.

A great deal of cleaning was done. Much energy was burned off and after a morning of activity everyone was ready for naps or room-time quiet activities. Most importantly it was a mostly peaceful morning together. Not quiet, for it is rarely quiet around here, but with minimal fussing from parents and children.

Not bad for a rainy day!