Posted on January 7, 2012 by Kyndra Steinmann

The end of our first week back to regular schedules after the Christmas break. Some adjustments were necessary and the first few days were a little difficult (not helped by my having a slight cold).

The first couple of days of the week were also really cold and I apparently haven’t gotten all the drafts blocked up yet in this old house. Anyone want to invent an “insulation” that could be blown in the 14″ under the house, wouldn’t absorb moisture and could be sucked back out if access to the underside of the house was needed? There is about a ten degree difference between upstairs and downstairs and I miss my wood-stove!

Still though it warmed up on Wednesday, Thursday was warm enough for a little gardening (and yes, I overdid it slightly but am fine now), and yesterday we were able to go for a play-date at the playground without coats! Crazy Virginia January weather!

Su has apparently made a maturity jump and is now doing much of her schoolwork without dawdling and independently! This is always such a blessing- yesterday I was able to fold several loads of laundry while answering the occasional question and listening to her read etc.!

F is back in his JK class and we are working on having a good transition when he gets home. He is SO not ready for an all day class, so I’m glad we have this half-day one and we’ll keep him home next year rather than put him in an all day program. It seems like he is just exhausted and somewhat out of sorts when he comes home (and meltsdown) but if I can quickly get him through lunch and into his room for some quiet things are better.

It’s not all work around here by any stretch! The other day S was giving W rides on his legs and got tired. W is heavy! He started to protest and I told him “The ride is broken.” This was his response! 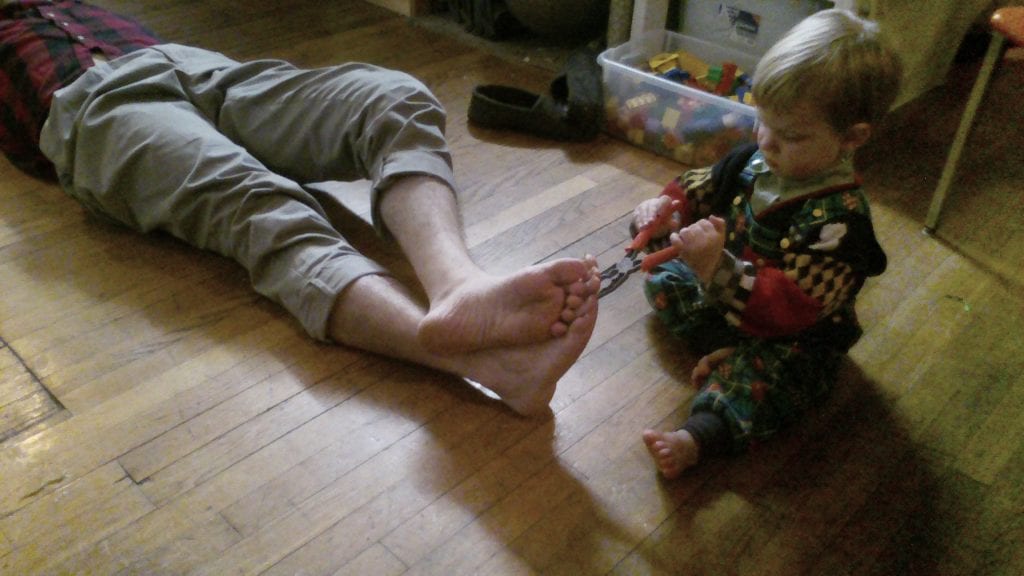 If something is broken then he will fix it!

The other night they were all romping with S and decided that a horse ride was a good idea: 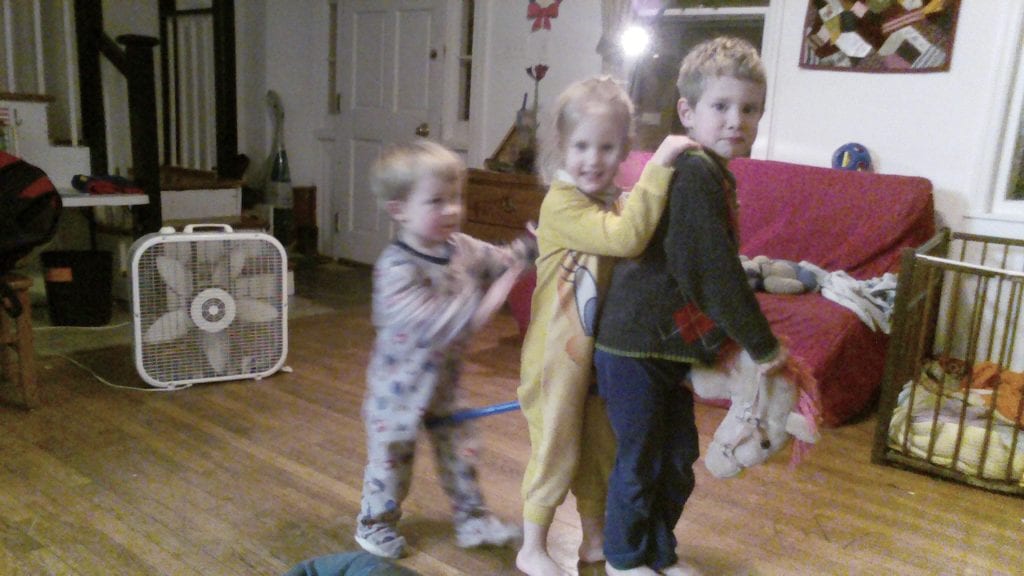 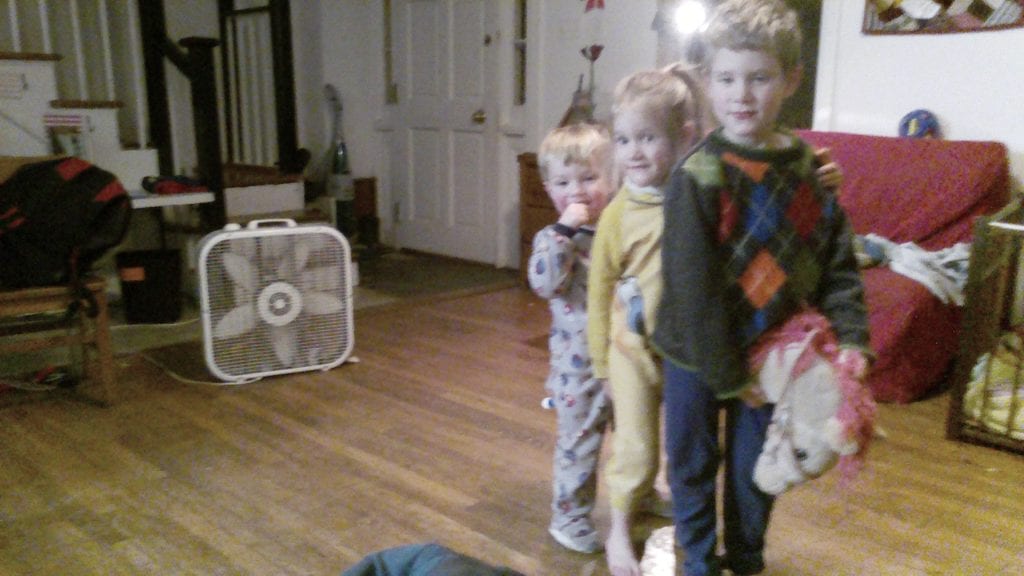 Three go for a ride!