We’re kicking off our study of Art History with a look at some ancient art forms from around the world. Since we’ll be looking at Greek and Roman art separately I want to start by looking at cave and aboriginal art and discussing some of the techniques and also some of the ways that art and worship and work interacted.

I’ve put together a Pinterest board with activities (mostly centered around Egypt and The Fertile Crescent) as well as links to sites with information and pictures.

Here are a few activities I’ve thought of:

Since we’ll be talking about alphabets and alphabet development I’ll be sure to include the two Kipling stories about the development of the alphabet from the Just So Stories as the children like those.

Our Art History Expedition was so much fun yesterday, a few other families joined us and we walked all through the museum looking for ancient art. Buggle and Mouse had clipboards and pencils so they could write the answers on the printable I made and draw some of the things they saw. 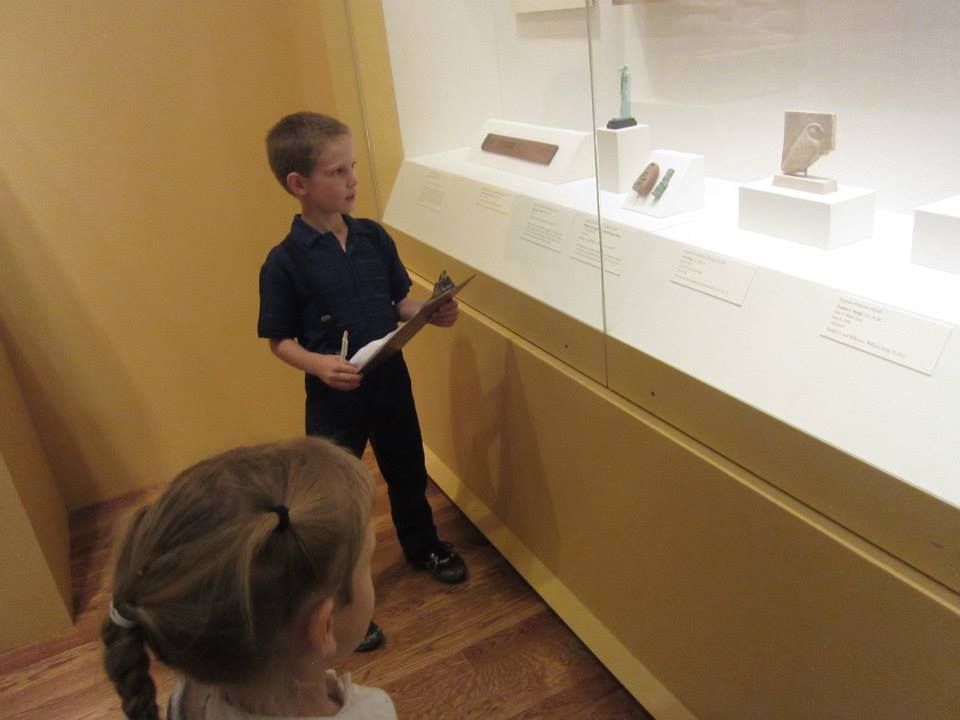 Looking for animals in the Egyptian gallery 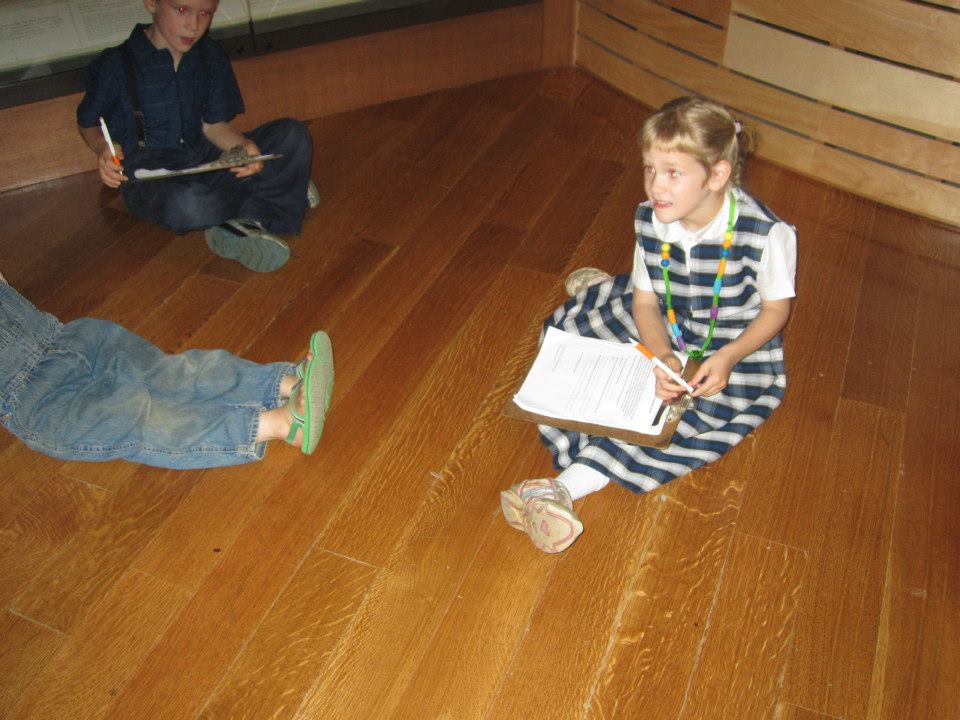 Drawing useful decorated items in the Pre-Columbian gallery. One of the assignments was to decide whether objects were primarily decorative or intended for use.

Jack rode in the Ergo and did quite well for about an hour, then had enough and decided to let me know by squealing loudly every couple of minutes! Thankfully, we had seen pretty much all I had planned by that point so we went out to the sculpture garden for a picnic lunch. 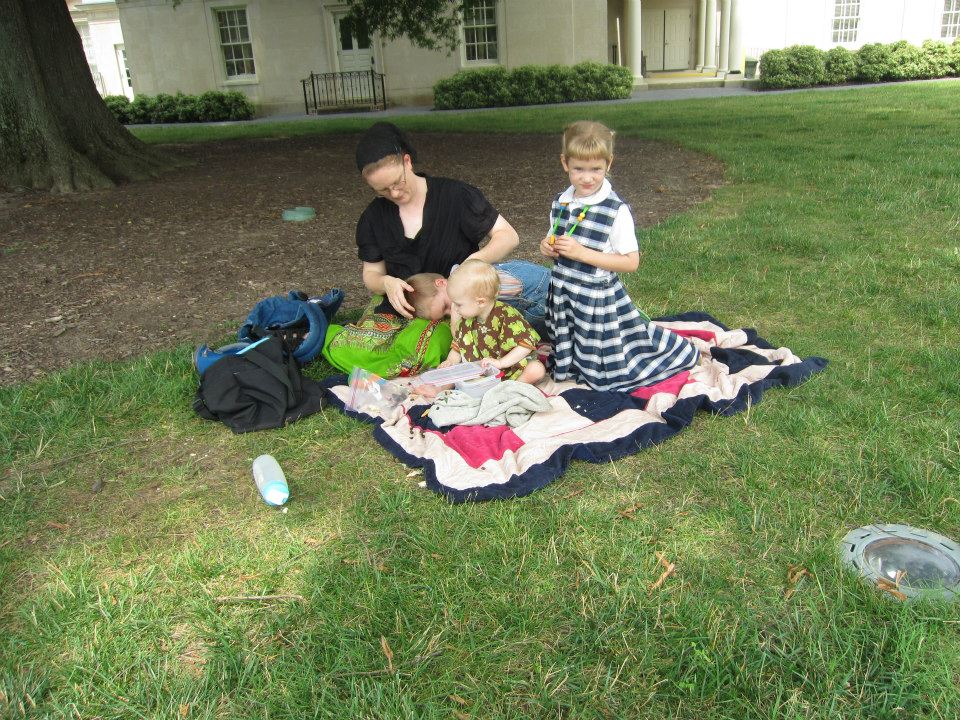 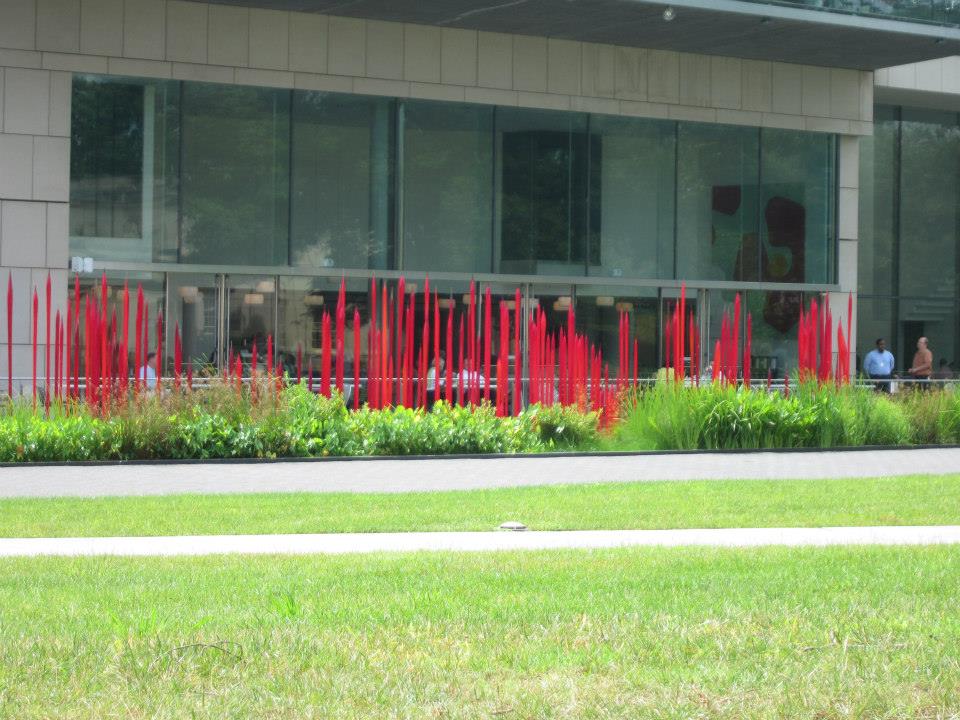 Those red things are blown glass “reeds” planted in the reflecting pool.

I think the children learned a bit and I enjoyed starting them on a track of art discovery. Looking forward to doing some hands on activities and then moving on to Greek Art in August!