He’s such an easy baby, cheerful, laid-back, happy to let his older siblings hold him, burp him and snuggle him.

Not a very good example, but he did give a few of his good opinionated looks!

He loves to lie in his bouncy seat and yell at his toys.

The most important thing is of course “milk”. The children are fascinated by this and I answer all kinds of questions about when he will start eating food? what he will eat first?, second? third? and so on….

The other day I had a glass of tonic water and dipped his pacifier in it, then gave it to him to taste. He made a face, then sucked vigorously so now they want to know what else he can taste.

W has started referring to him as “My J”. He has figured out that J is too little to play with him, so he now brings J things and tells him what they are! The other day while J was having “tummy-time” W brought him a front-end loader, and two puzzle pieces with pictures of front end loader.

This was accompanied by a demonstration of how the toy could extend its boom and dig. J watched avidly… and made sucking faces. 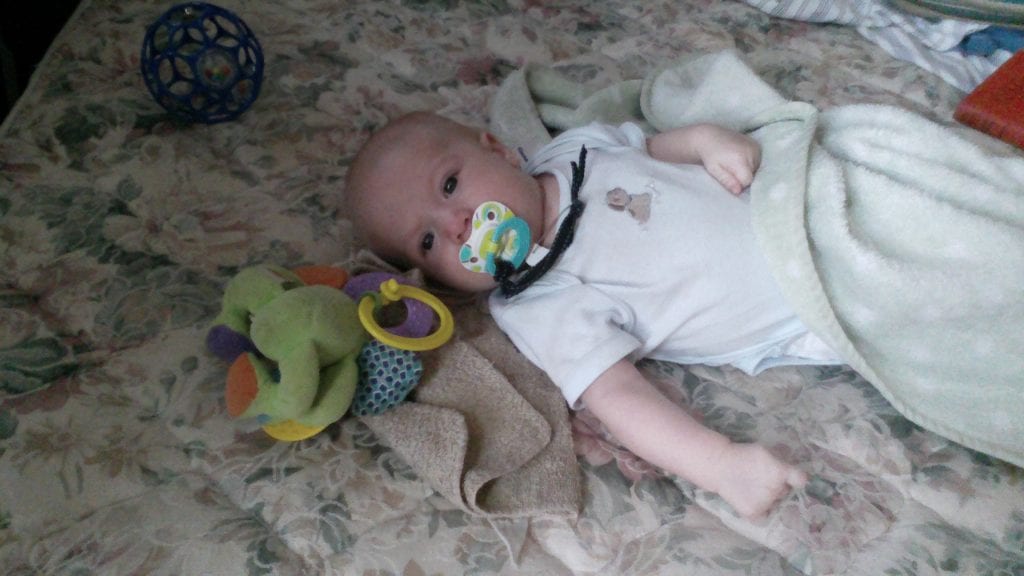 This frog was F’s when he was a baby. J can’t quite grab it yet but he’s good at staring it down!

There is a mirror on his bouncy seat and he’s fascinated by it.

This entry was posted in Reflections, Uncategorized and tagged conversations with W, Jack, preschoolers, thanks, W. Bookmark the permalink.