Handwork: A Is For Apple

The toy carrots were so popular that I thought we’d continue with a food theme as Bull learns the letters of the alphabet. ?Since we’re learning the vowels before the consonants the next fruit to make was obviously an apple! 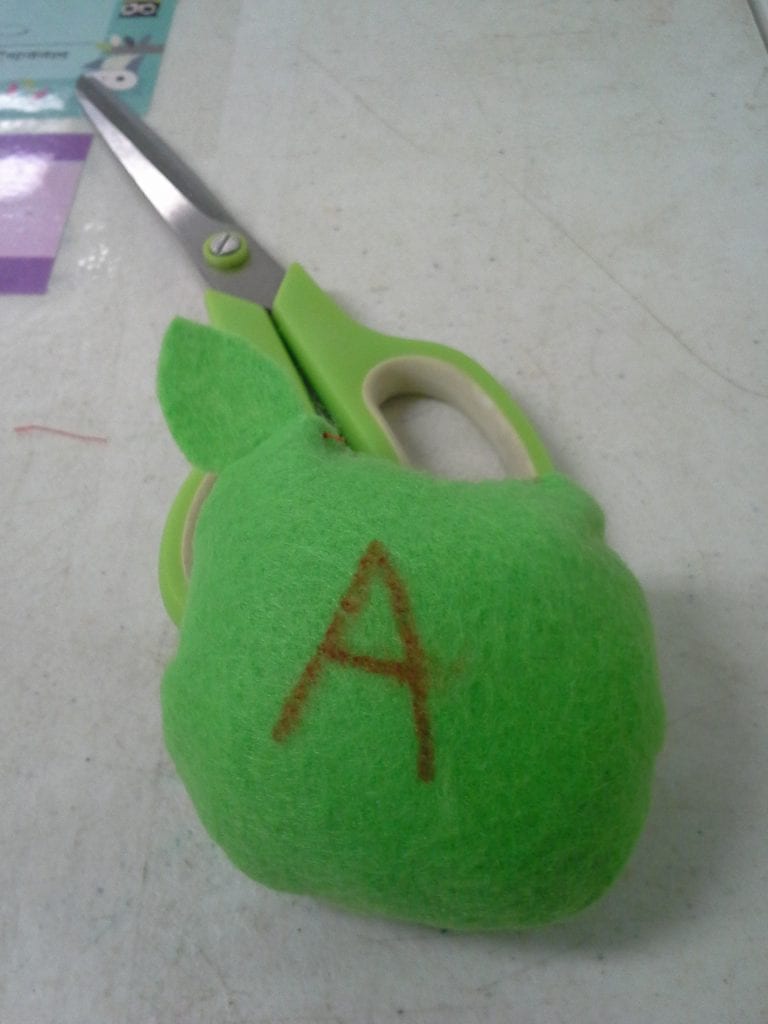 This was another super easy project.

Marker (either permanent or ordinary)

1. On the felt trace the small bowl. You will need two circles for each apple. I also drew a small slightly pointed oval for the leaf. Cut out the pieces.

2. Put one circle on top of the other and slip the “leaf” in between them. One end of the leaf should be caught in the edges of the circles but the majority of the piece will be pointed towards the cent or the circle. That way when the pieces are stitched, turned right side out and stuffed the leaf will be sticking up from the apple.

3. Thread a needle, double the thread over and knot it. For small children I like to wax the thread by pulling it across a candle stub or a piece of beeswax a couple of times. This stiffens the thread slightly and makes if less likely to tangle.

4. Stitch the pieces together about 1/4 inch from the edge. You make want to draw a line for children to stitch on. Use a back-stitch to make a continuous seam. Sew all the way around leaving a small hole (about an inch and a half long) where you can turn the piece right side out. Knot the thread.

5. Turn the apple right side out. Felt stretches pretty nicely so it probably doesn’t need to be snipped but if it does pucker turn it wrong side out again and snip to make it a bit more stretchable.

6. Stuff then sew the opening closed again using a back-stitch.

I took a permanent marker and wrote an uppercase A on one side and a lowercase one on the other side but that is completely optional. 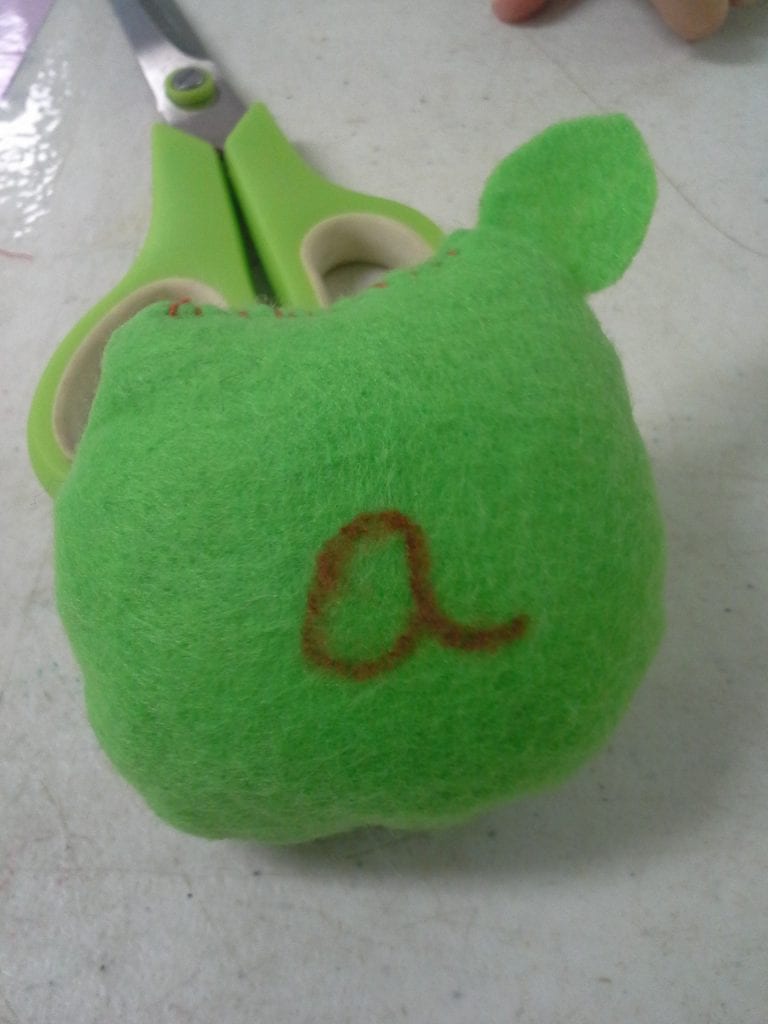 Place in the toy kitchen or shop and have fun!

Note: This is also an easy method for making small soft balls for indoor play.