Posted on February 17, 2017 by Kyndra Steinmann 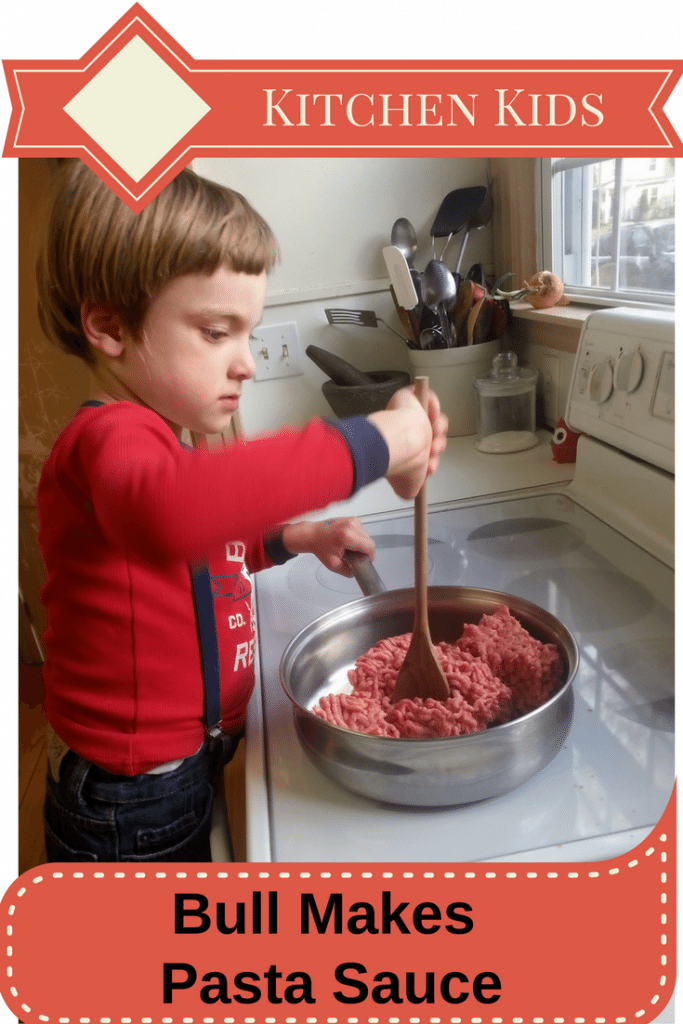 Since Bull is only seven he’s not quite as adept in the kitchen as the older children. He still loves to cook though, so Tuesday nights have been designated as the time for the little boys to assist with making dinner while the big kids are at choir practice.

I try to concentrate on having them each prepare one dish: Bull usually does some component of the main dish while Jack is working on perfecting his salad making and roll shaping skills.

Fry the meat until brown, drain fat (I usually do this as I’m not sure he has the dexterity to handle a hot pan and a spoonful of hot fat), and stir in the spices. Add the can of tomato and turn to low heat and let simmer until ready to serve. Makes enough for a pound to a pound and half of pasta.

1 cucumber (he peels it with the potato peeler, I cut it in half longways so it won’t roll, and he slices it) 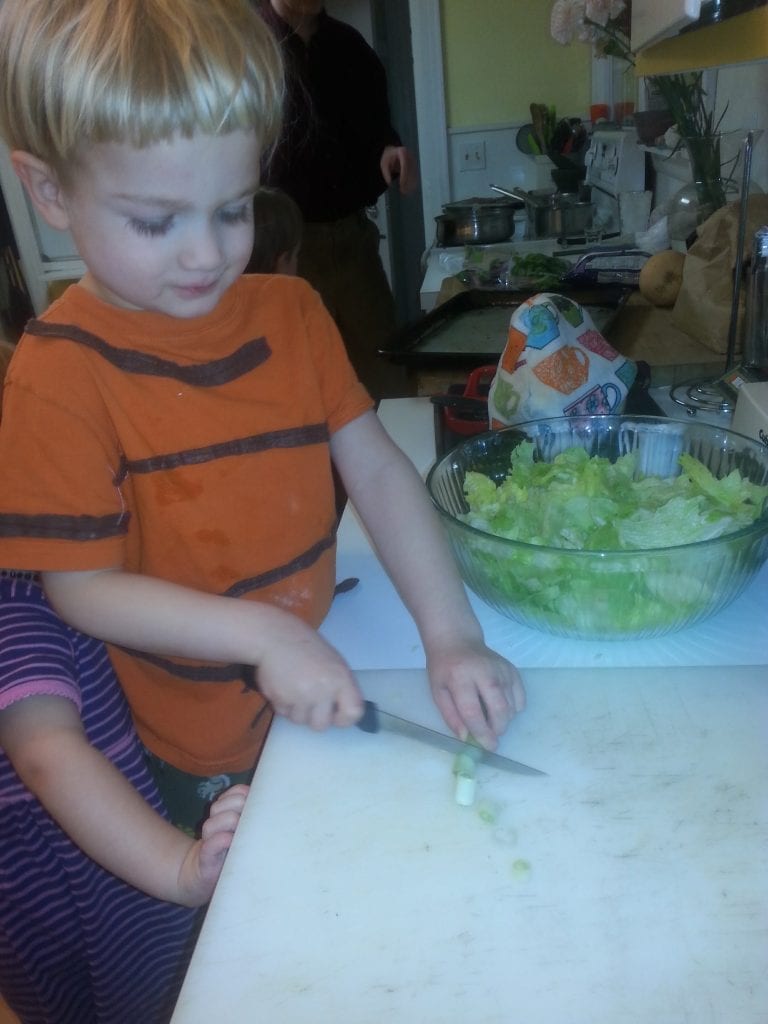 We add other vegetables (in the winter usually radishes and carrots) as we have them, my grocery list usually just says “salad stuff” and I buy whatever is on sale that week.

The children just form the rolls from the dough that S or I have made up ahead of time.?I will probably teach one of the big children how to do this step sometime this spring.

Bull is able to cook the sauce by himself, with me in the kitchen to make sure he is observing safety rules. I’m trying to teach him to pay attention to things like where his pot handle is while he’s frying meat, and to work on measuring accurately and clean up after himself by putting his spices away as he uses them. He is starting a notebook with recipes that he can make written down in them, which he thinks is really neat.

Pasta with tomato sauce is always popular here so I’m looking forward to having another cook who can make it!