Loose Parts and Project Space (Invitations to Play and Learn)

Posted on December 7, 2015 by Kyndra Steinmann 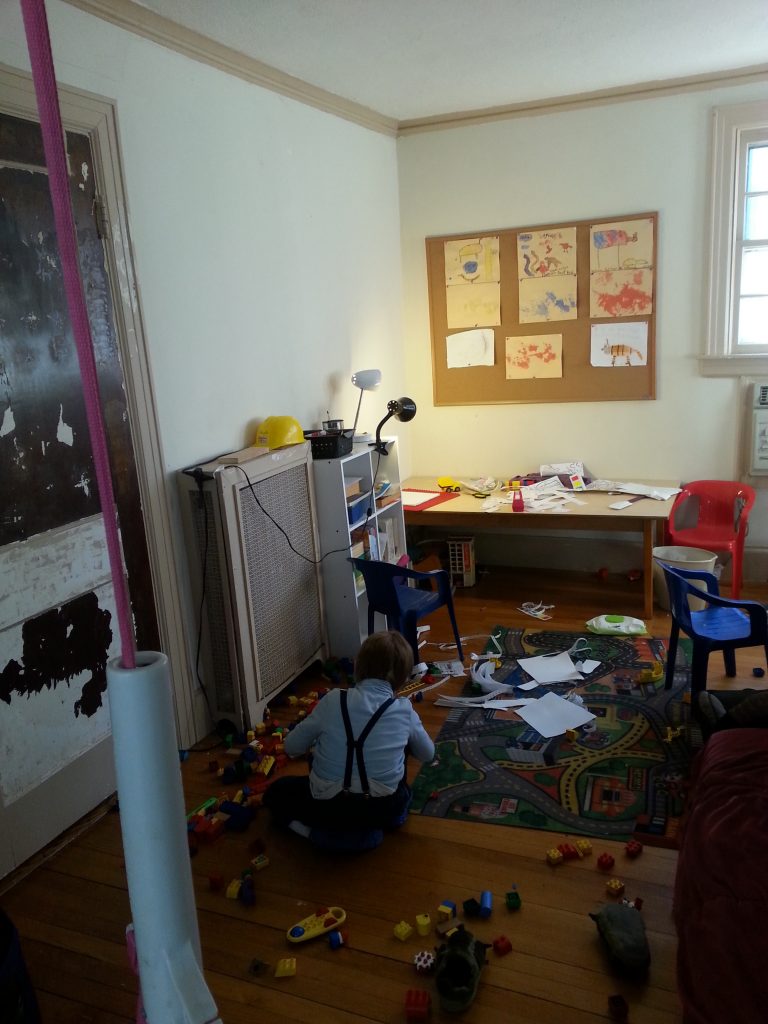 With the coming of cooler weather I recently moved the children’s play table into the living room from the back porch. Our living room runs across the whole front of the house and bringing the able in gave me the opportunity to make a little project space at one end.

I’ve wanted to have space for art for some time, but all of the places I had tried to have it had just become messy and unusable or had tempted children into mischief by not being placed where I could supervise at least a little bit.

This time around I’ve been very specific and intentional about what’s allowed into the space and things are very different.

Over the years I’ve learned that limiting options often encourages greater creativity?and I’ve tried to keep that in mind for this space.

To that end I put a six compartment cubby as the storage in the space with the following contents:

On the top of the cubby is the pencil and crayon bin and the lego pad goes on one end of the table along with a stack of paper.

The Lego bin is too big for the cubby so it sits next to it.

I first ran across the concept of “loose parts” when I was reading up on Emilio Reggio?educational theory and I really like the idea of giving children activities with open ended but related materials to work with, so in the project space I’ve been trying to keep a supply of “loose parts” available for creative work. 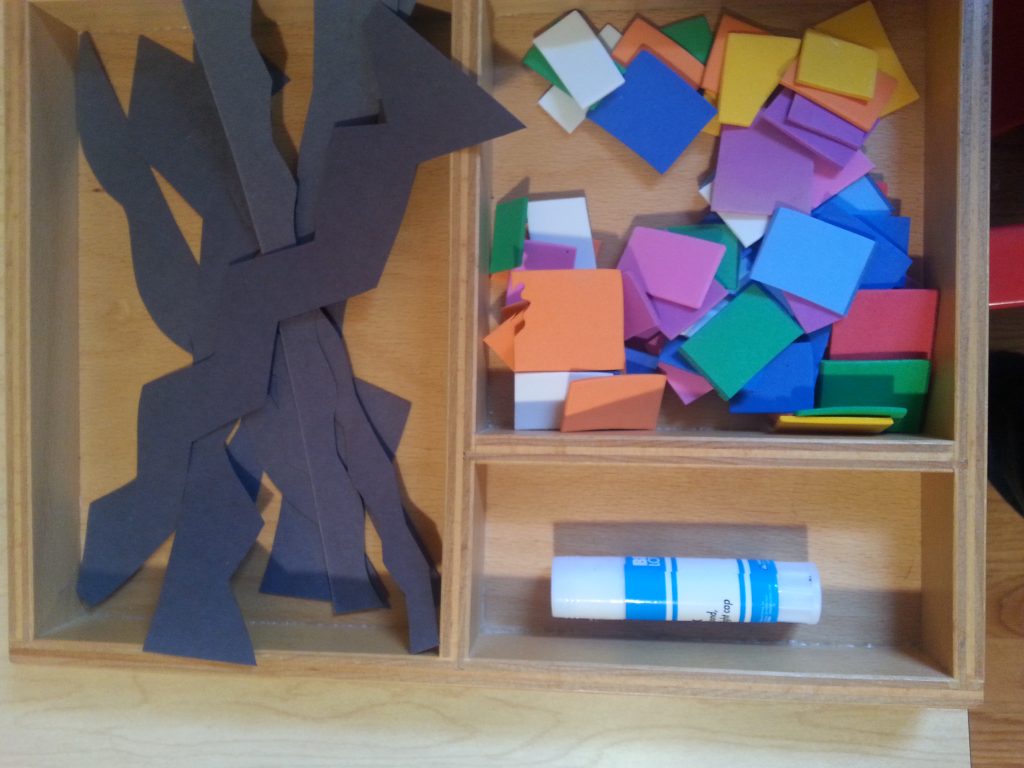 A supply of loose parts; foam squares and rectangles and wavy strips of construction paper.

This was the first set of loose parts I presented to the little boys with a brief demonstration of ways they might be used. 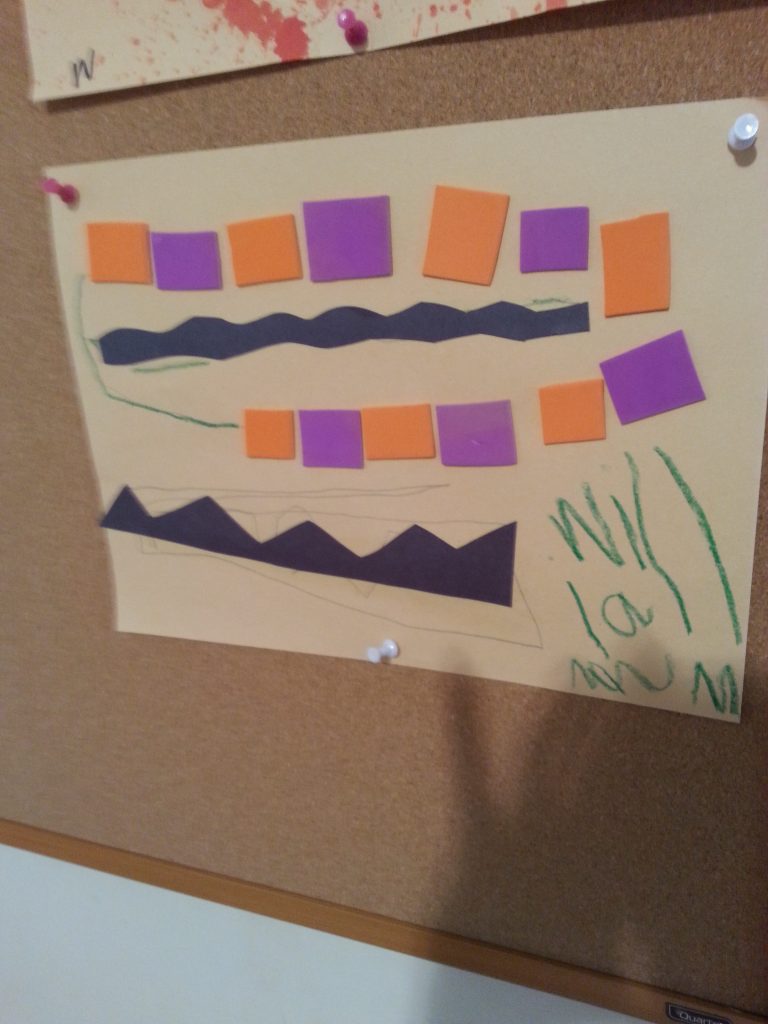 He told me it was “sunset in the Smoky Mountains” . We vacationed there this past fall and he clearly was working with the materials available to represent something he observed and remembered. 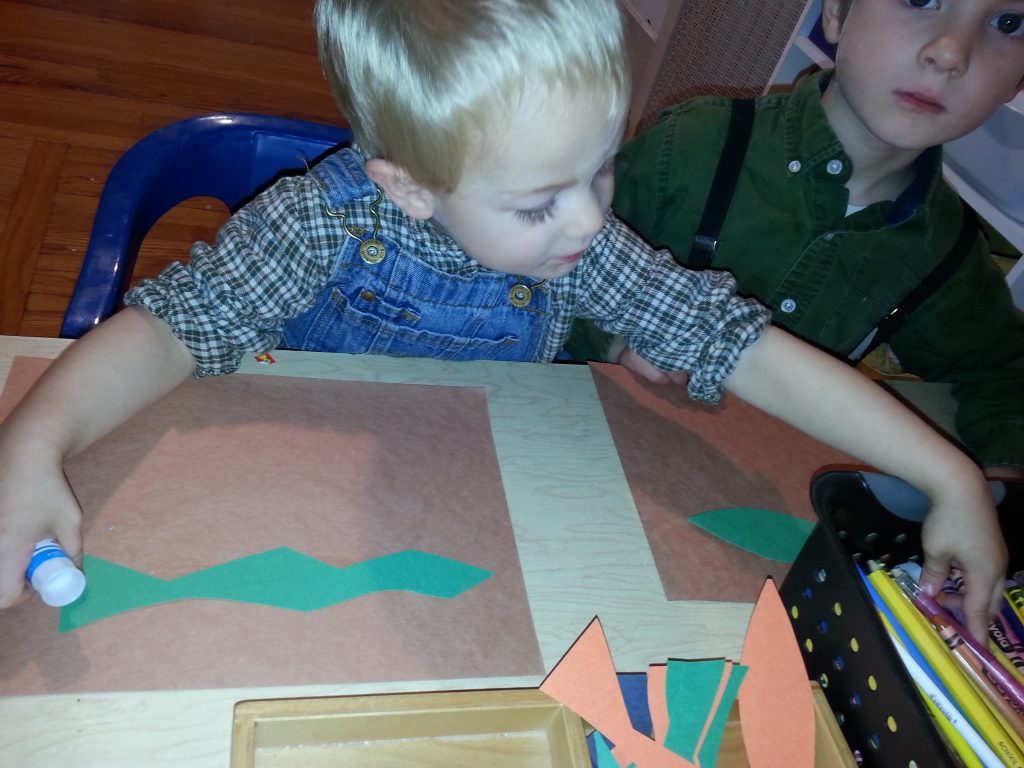 Sometimes he has a specific idea in mind but mostly he just enjoys the sensory practice of gluing and coloring.

The two of them spend hours at the table both together and apart and I love seeing how their skills are developing with practice and the opportunity to experiment. 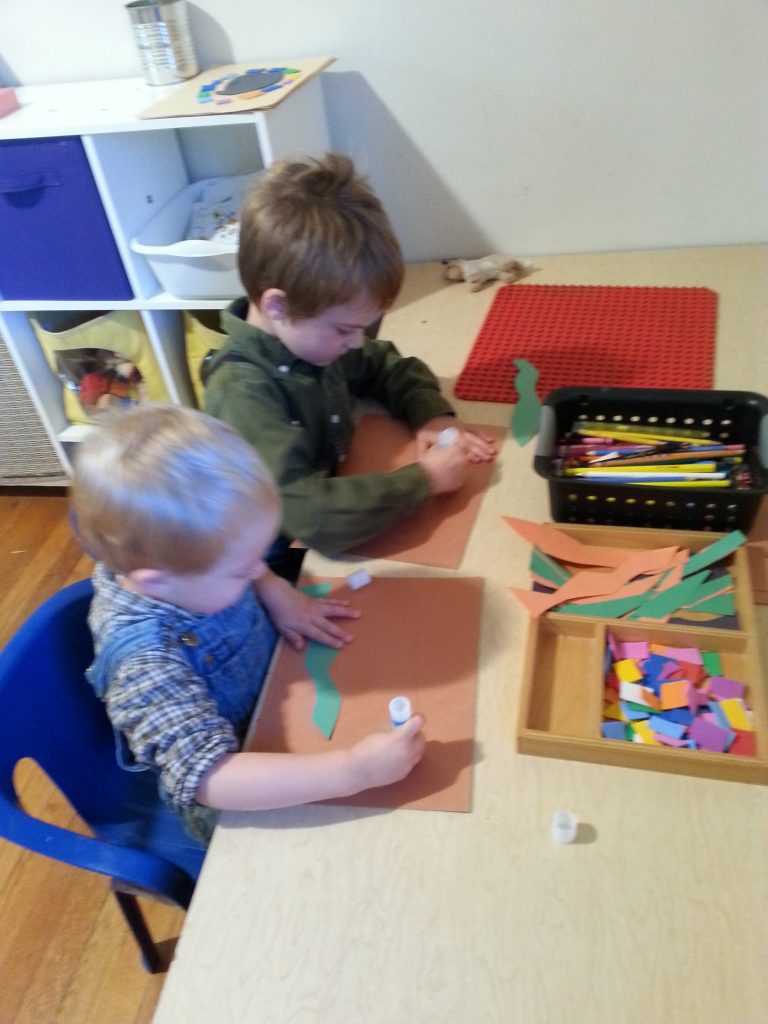 I restock the loose parts every week or so, and the space gets tidied during our regular household tidying times so it never gets messy enough that they don’t want to work there or find it confusing.

The bigger children also use the space from time to time but they have other work areas as well and tend to use those instead. I’m sure I will have to make a few changes as Daisy grows and gets into things but for now this space is exactly what the little boys need!