What a week! Busy, still doing some unpacking and a lot of stowing away of stuff. S started work which meant a lot of orientation and meetings. It snowed and the little boys discovered the joys of being pushed down the driveway in box lids. 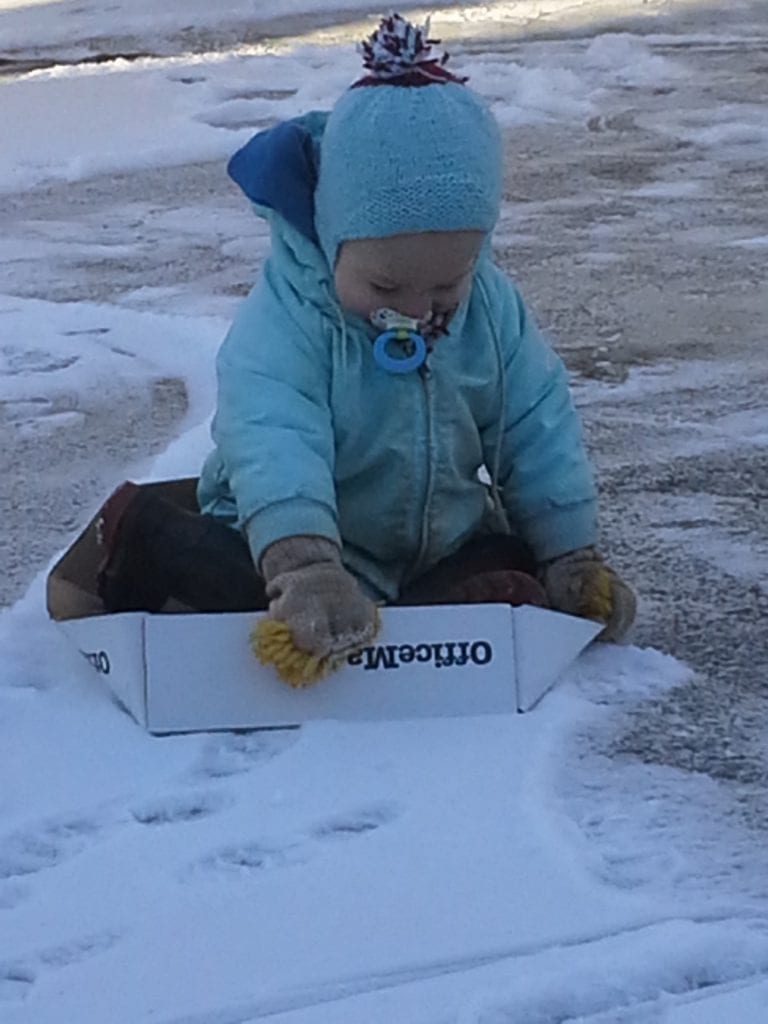 We started school again and discovered that my schedule needs some serious tweaks!

The schedule for school has been based around Jack taking a nap in the morning from 8:30 to about 10:00. That gave us a good stretch of time when everyone had some work to do and the distractions were minimized. We could get the bulk of the work done before he woke up and usually one of the big three was available to play with him when he woke up.

Not only has he given up his morning nap, he also has decided that being out of sight of Mama is an occasion for loud wailing until Mama reappears. At 21 months the other children were content to play in their cribs for an hour or so every morning. Jack will play in his playpen in the schoolroom but if I go up to the kitchen to refill my coffee there are copious tears. He’s kind of distracting even when he’s quiet so school was a bit nuts this week. I did try wearing him in the Ergo for part of the time and that worked fairly well, so I may just build that into his routine. I had planned for a light week, not all subjects and not all days and even so Buggle still has a spelling test he needs to take! Maybe this afternoon….. Bull and Mouse pretty much jumped right back into the school routine. They were able to do school, take a break and come back and finish without much trouble. Buggle did OK during our first hour (although he worked very slowly) but really struggled to focus again after a break. We’ll have to work on that. I am going to tweak the schedule a bit to accommodate the distracting toddler. I’ll be spending some effort to on teaching him that I can walk out of sight without disappearing forever too! 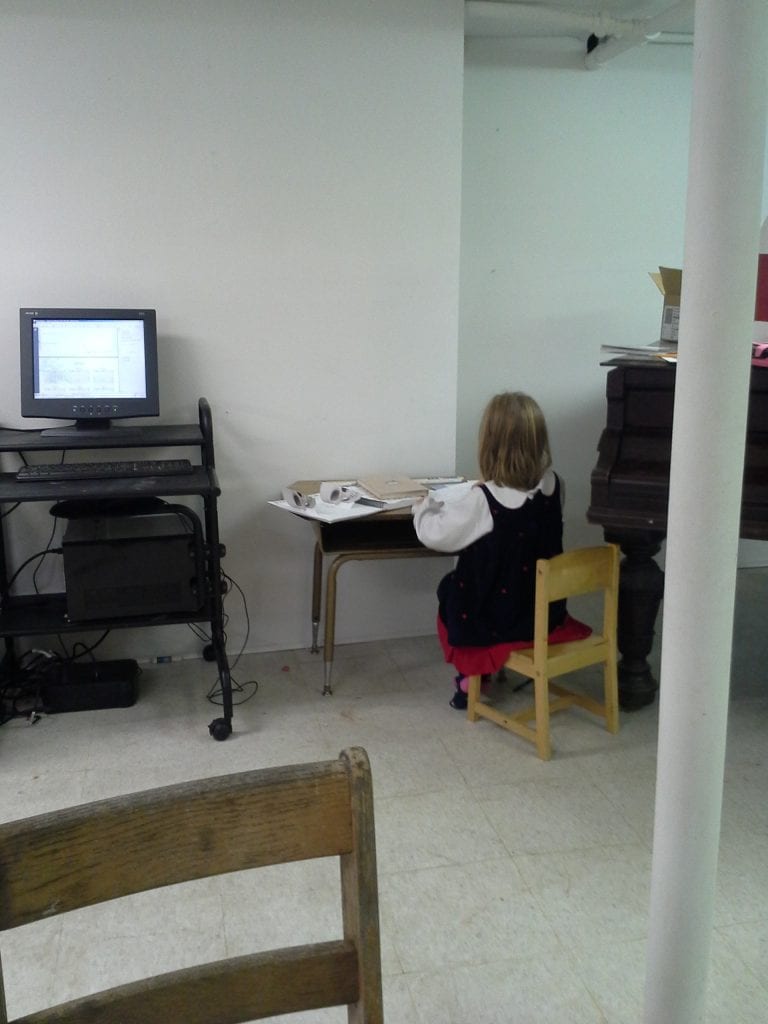 We did get the internet up and running and S spent several hours last night fiddling with it, so hopefully it will stop crashing every five minutes!

We do seem to be back into a good chores routine- as long as I make myself make it happen!

Why does parenting so often come down to parental self-discipline?

I was even mostly keeping up with the laundry (it is now one of Mouse’s morning jobs to start a load) and then the washing machine broke! I suspect this has something to do with it having been dropped while being moved into the basement, and a repair man is coming this morning but still not cool.

Update: The internet continued to be wacky so this didn’t get published on Saturday like it was supposed to. A technician came out yesterday and straightened things out so I’ll hopefully be much more regular in posting again.

The washing machine wasn’t broken, just badly off balance, but we do have a significant clog in the drains which causes the washer and the bathtub to flood the basement. The plumber is supposed to come today.

This entry was posted in homeschooling, Housekeeping, Life, Uncategorized and tagged homeschooling with toddlers, moving. Bookmark the permalink.