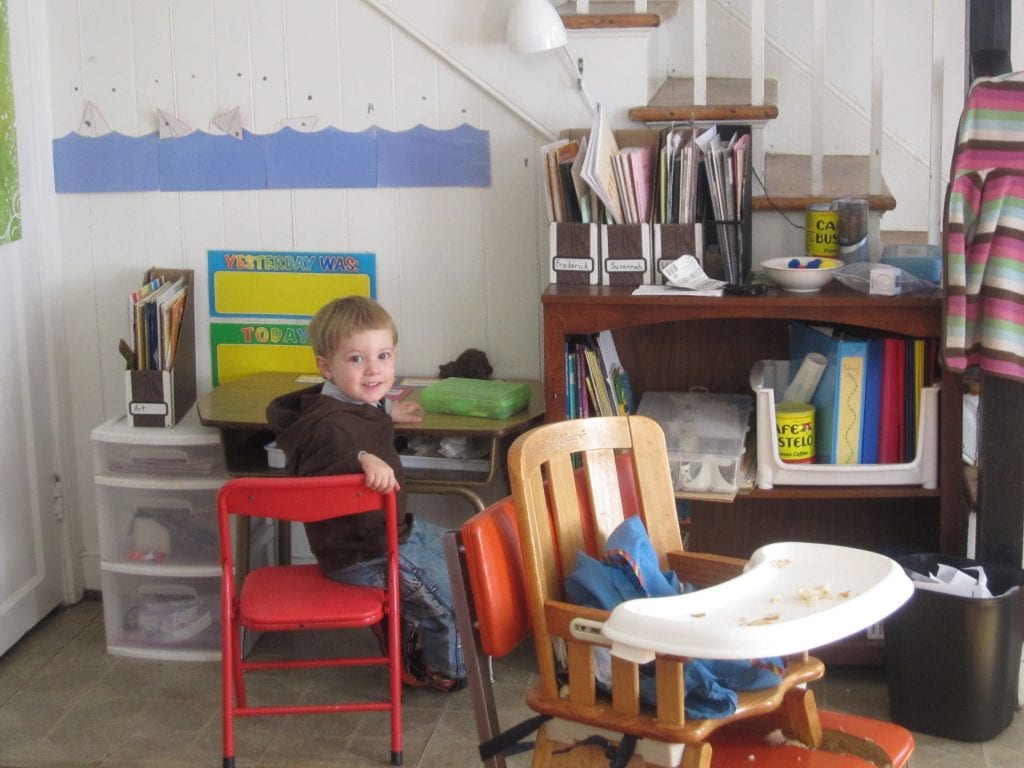 Sitting in Mouse’s desk to do some independent coloring.

In the evening when S comes home he often asks the children individually about their day. Buggle and Mouse always have plenty to say but Bull often responds to “What did you do today?” with “I don’t ’emember.”

I hadn’t taken much notice of this until last week when he suddenly did have something to say!

We were studying through the Creation story with his new curriculum and each day we had a flashcard of what was made on that day. I had printed them out and laminated them before putting each one into the folder of work for that day and as we learned what was made I hole-punched the flashcard and added it to a ring. 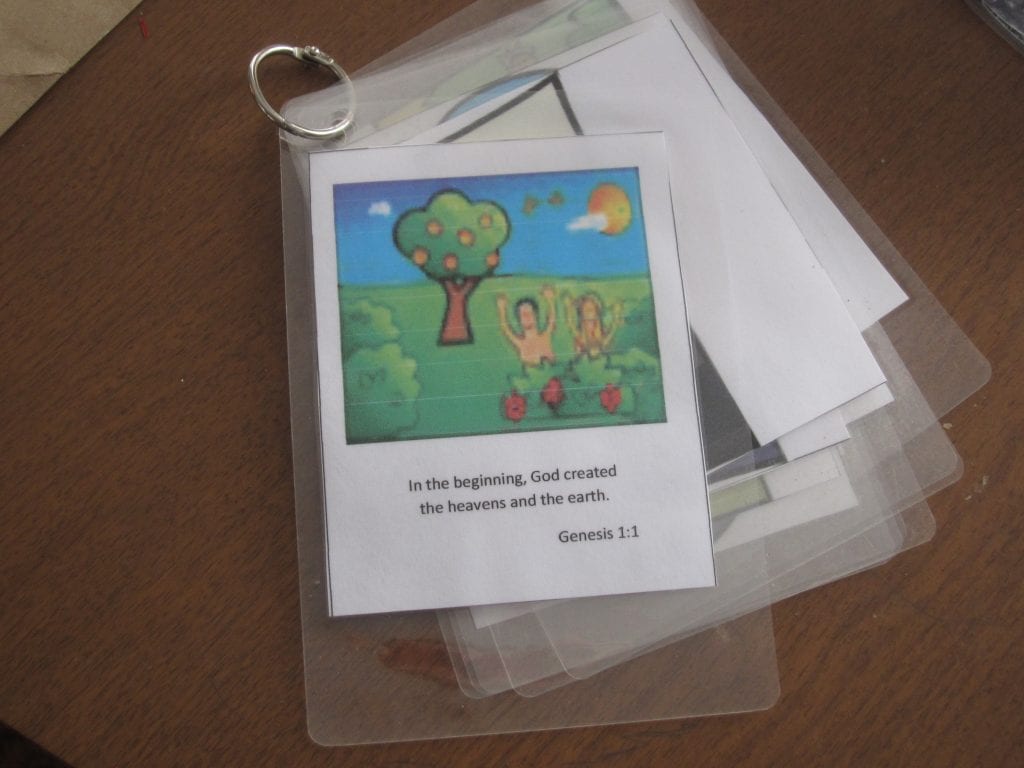 Bull dubbed this “my book” and would bring it to S each night. Every night he started from the beginning and told S about each flashcard. Sometimes S would ask a prompting question and Bull would look at the card and answer. 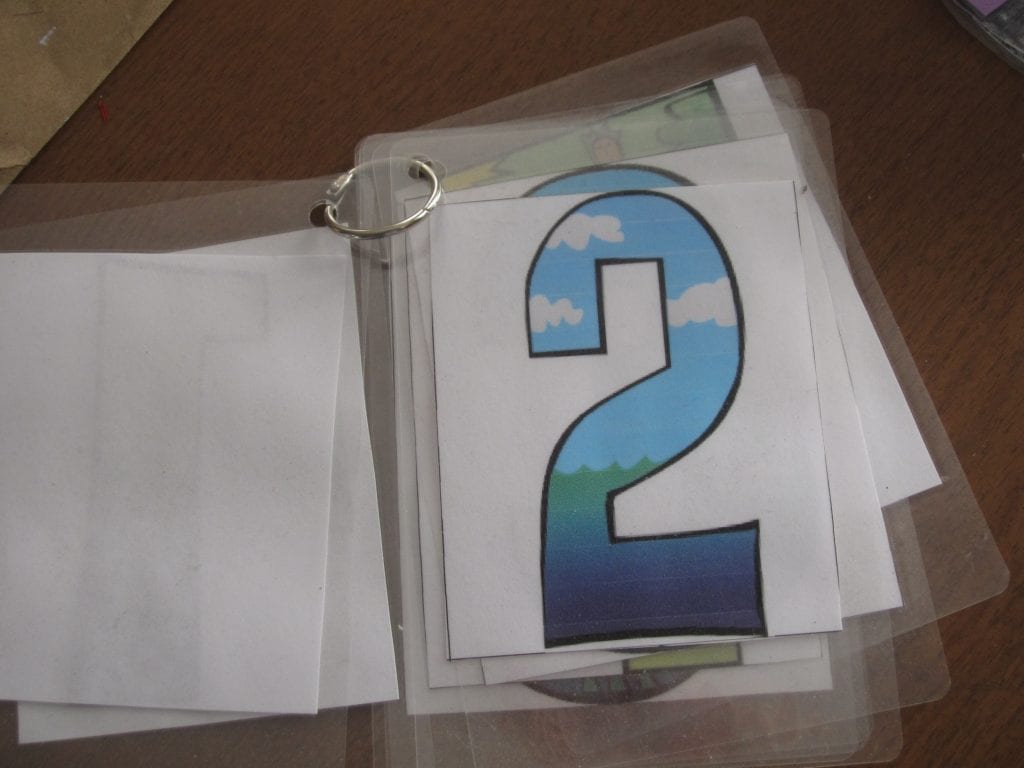 Day Two: The clouds and the ocean 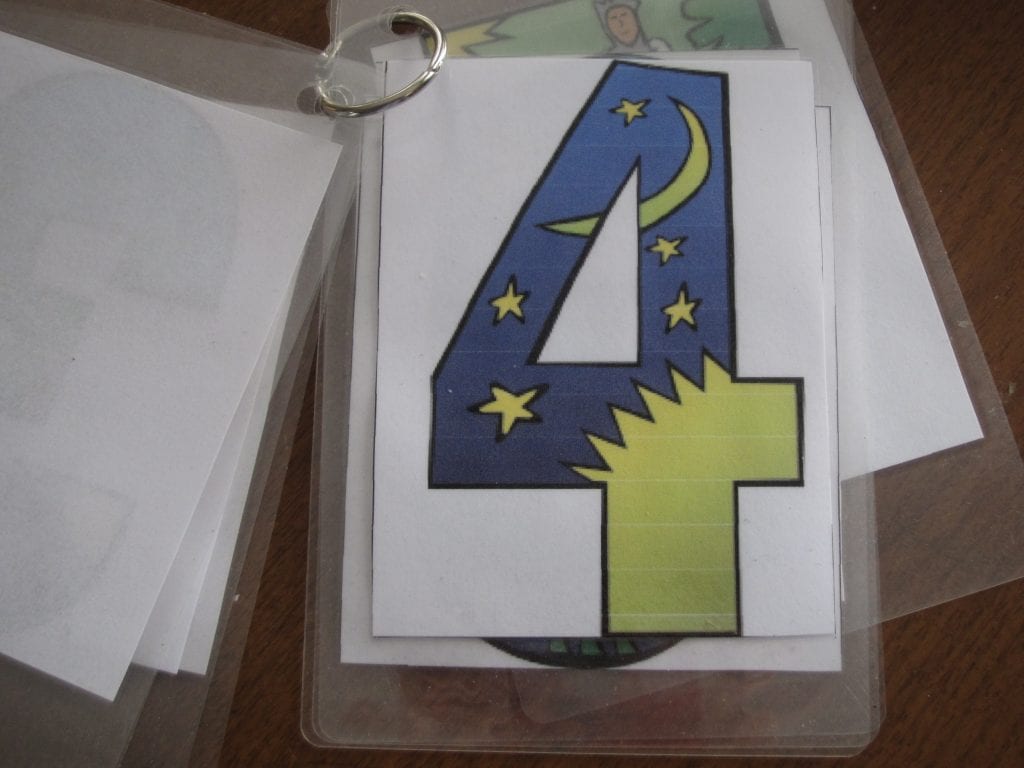 Day 4: The sun, moon and stars. Bull is always careful to tell us that the “sun is coming up” and to count the stars!

I thought “Oh, he’s made a maturity jump and is figuring out how to tell a story.”

On Sunday when I asked him what he had done in Sunday School, he fell back on “I do not ’emember.”

Then it hit me. It’s not that he doesn’t remember what happened to him or what he did or learned, it’s that his speech issue makes it difficult for him to figure out what words to use so that we can understand his narrative! The flashcards helped tremendously because he could look at the pictures and remember the words we had used when we did the lesson. They basically functioned as prompts to his speech and recall interaction.

With that information in mind I can make sure that he always has a school paper to show to S as well as tell him about, and hopefully by helping him to have more successful narratives he will learn how to articulate the many things he wants to tell us. 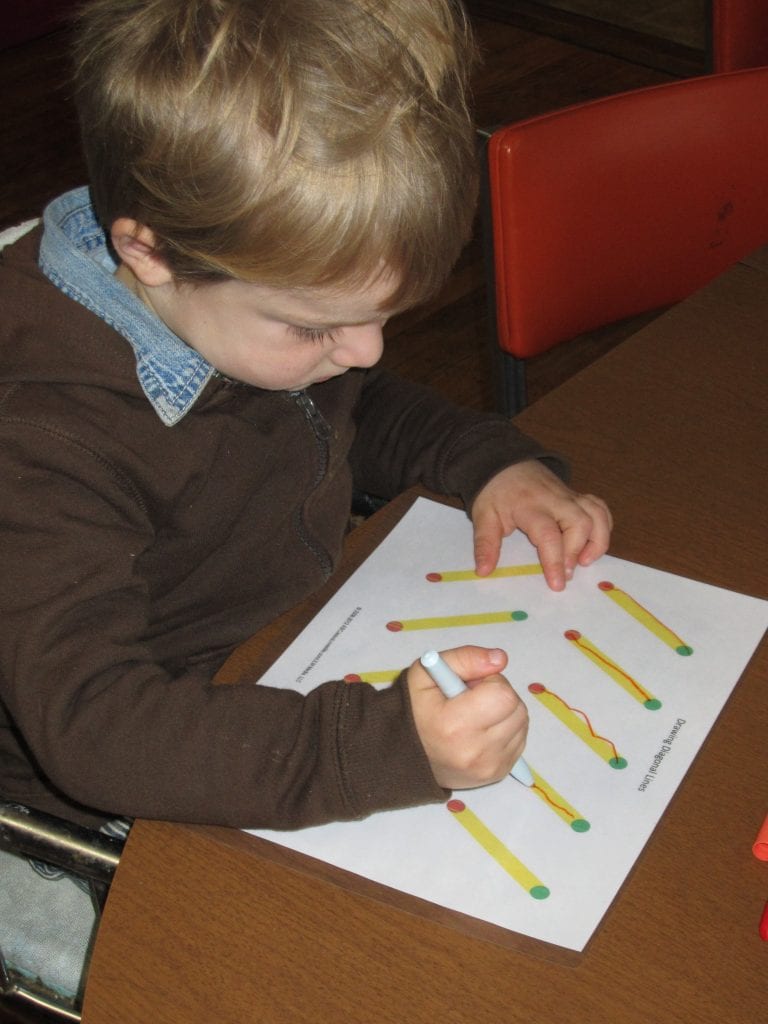