Unit Study: Explorers (Ships of the Age of Discovery)

In the years between the adventures of Marco Polo and the sailing of Christopher Columbus there were some important changes in ship design. On Thursday we looked at how a change in rigging made it possible for ships to sail in other directions than before the wind and created a mobile of ship types from the Age of Discovery. 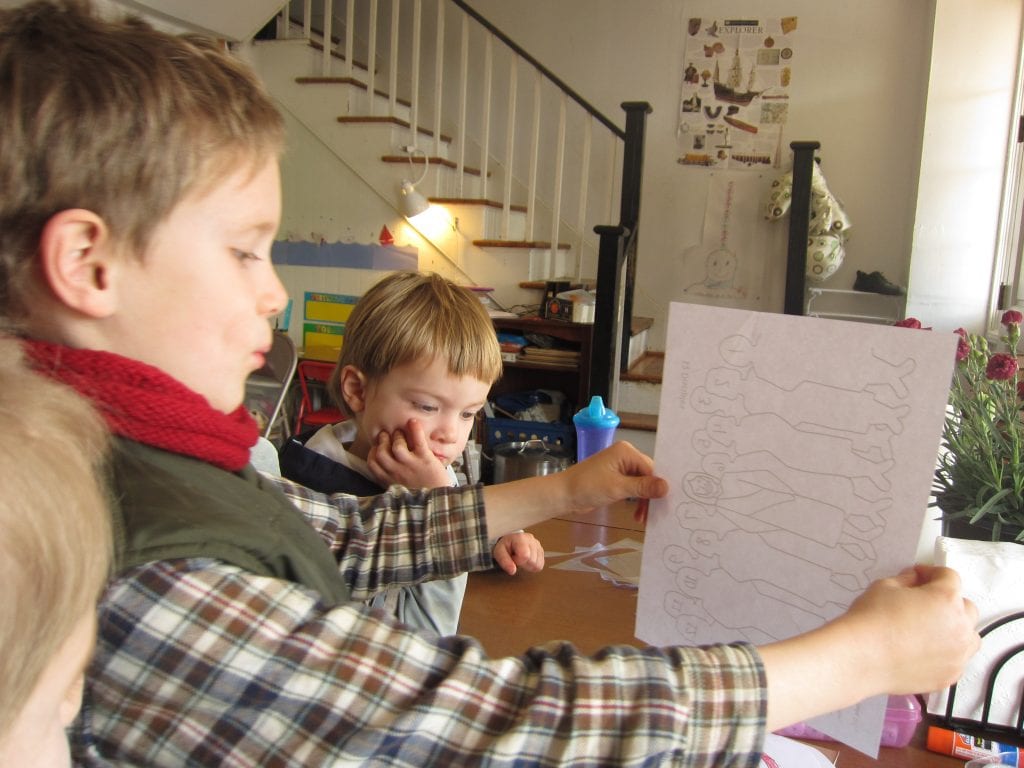 I had the children hold a piece of paper while blowing on it. They experimented with holding it at different angles while keeping the “wind” coming from the same direction

I had them color and cut out six different ship types.

Bull wanted to color a ship too, so I adapted his Bible story lesson of Jesus Calming the Storm.

Once the ships were colored and cut out, I laminated them and we strung them up. 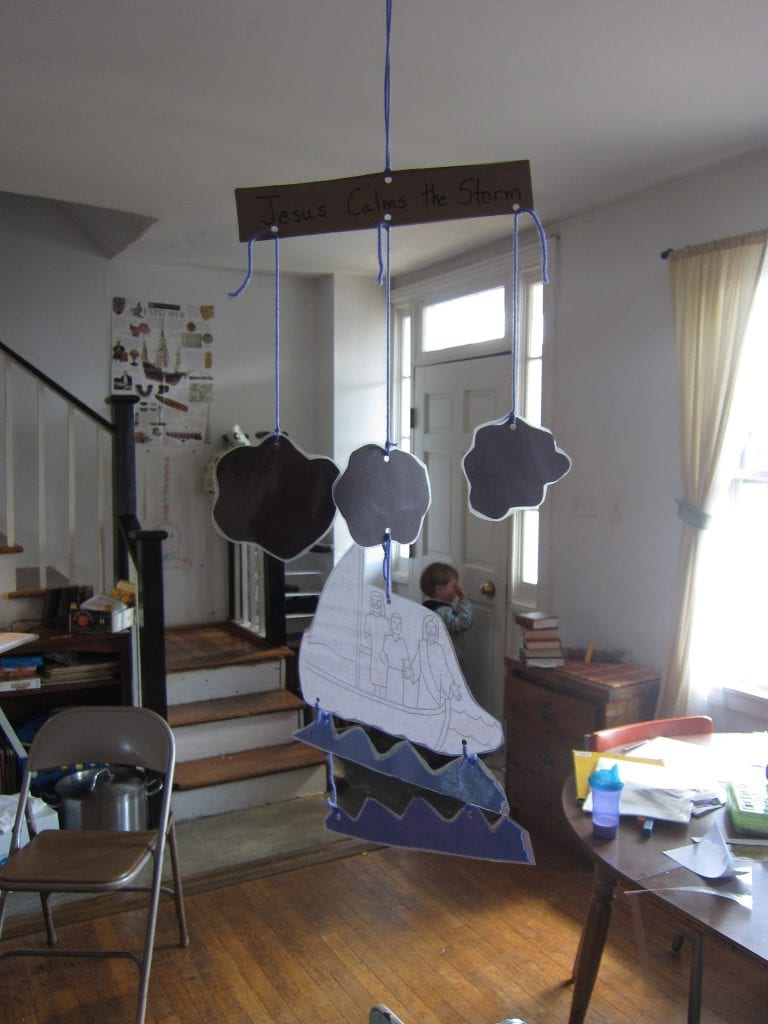 We left them hanging in the living room for S to admire, then moved them into the playroom and the boys’ room for more permanent display.