Work Trays : A Montessori Tool That Works Well In The Homeschool Classroom

Posted on October 5, 2015 by Kyndra Steinmann 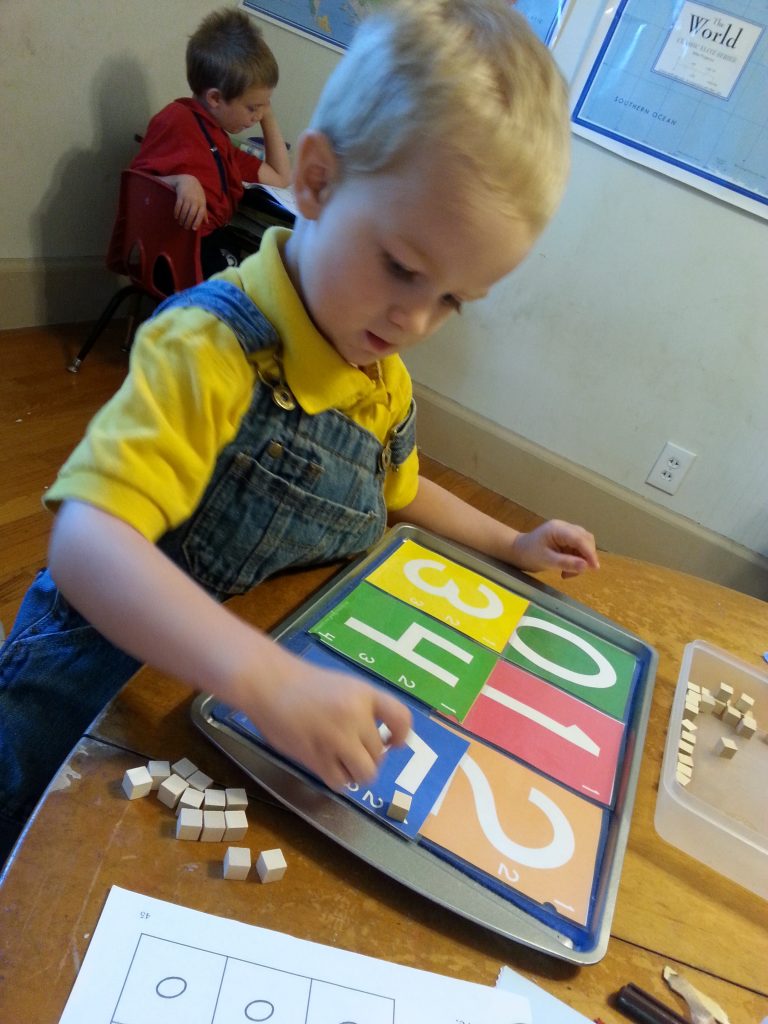 Math tray: Placing the correct number of counters on each number card solidifies the connection between an amount and the numeral representing that amount.

When I started homeschooling six years ago it was easy. The eldest child and I sat at the table while his sister took her morning nap and we did his lessons. He was (and is) a very focused individual who learns well when things are verbally explained so we didn’t do much hands-on stuff or play based learning. His sister is similar in temperament so when she was big enough to do school I just did the same things with her that I had done with him.

Fast forward a few years. Now there are four children in the classroom. Two still mostly learn by reading and getting explanations as needed and two need much more activity to solidify their lessons. One of those two is a first grader who still needs a fair amount of my attention, and one a three year old who needs to be learning and included yet independent while I work with his brother.

Just a cheap metal tray but the possibilities are endless.

Every couple of weeks I change out his trays. ?He has two and usually I designate one for a math concept and one for a language/pre-reading concept. We do his book work first while the first grader does handwriting. Then the preschooler brings a tray to the work table and I introduce it. I explain the concept:

“This is a counting tray.”

And demonstrate how to use it. He then uses it himself until he is done with it. I occasionally check that he is doing the work properly and not throwing the pieces or mixing himself up (a math tray shouldn’t have numbers confused for example). When he is finished he disassembles the work and returns everything to its cubby. 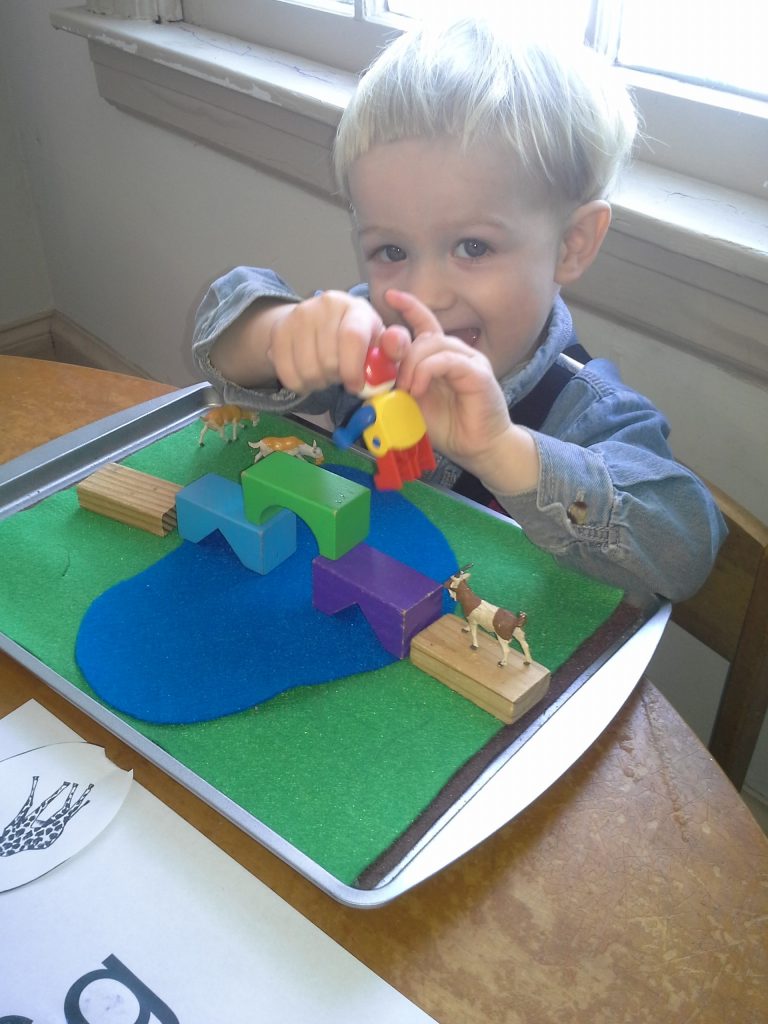 This is a story telling tray. I tell a story (Three Billy Goats Gruff in this case) then give them the tray to rehearse the story and tell it back to me.

He generally sticks with a tray for 10-15 minutes, which is plenty of time for a three year old.

He also uses the story telling trays. Either we just add more detail to his stories or I tie the story into his science or history.

We use trays and three-part cards to review things like continents and their names, and classifications of animals.

We also use trays for reviewing the addition and subtraction families he is learning and matching his Latin vocabulary to the English meanings.

In some ways the work trays are the equivalent of the notebooking that the bigger children do; a way to review and solidify information that can be primarily an independent activity. They give me the chance to see if concepts have really been understood and give the little boys a more hands-on way to interact with their schooling.