Posted on February 17, 2013 by Kyndra Steinmann

Last Sunday I took the two big children to the Science Museum for the annual Egg Drop Contest.

There were about 40 kids participating in middle and high school with judges from the local Engineering school some of whom also dropped eggs.

Middle school dropped their eggs from 20 feet, down a stairwell onto a 3 foot square target with points given for how close to the target the eggs landed as well as creativity of design. The eggs were expected to remain unbroken after falling. 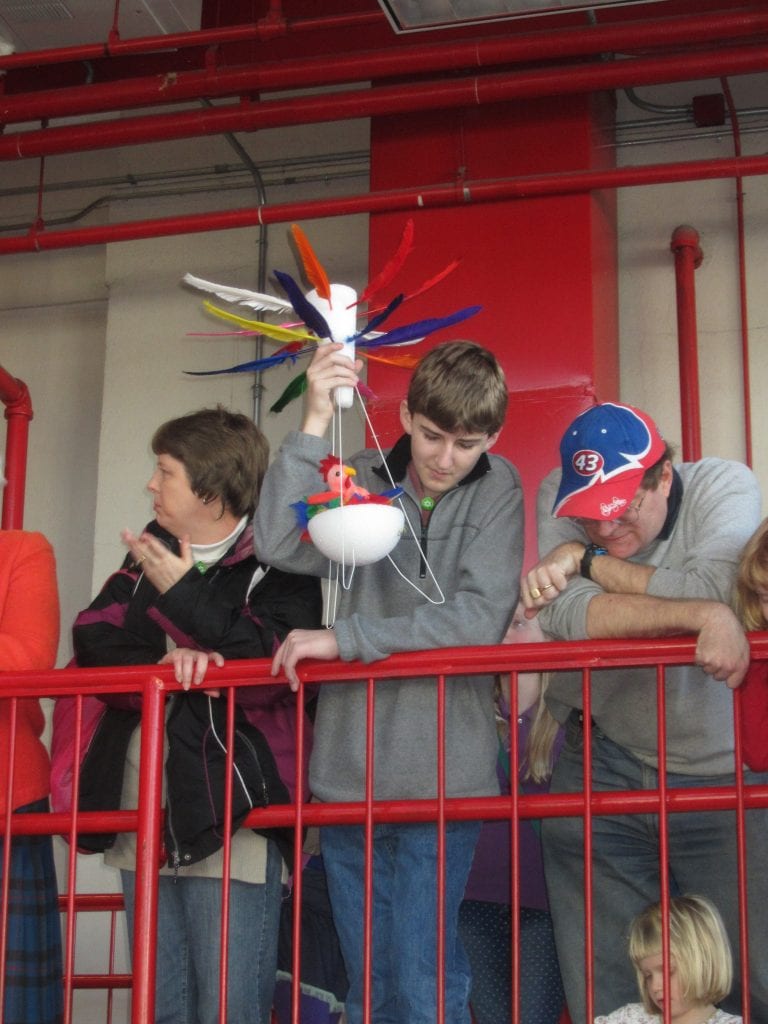 The egg in this broke. It was inside the stuffed chicken which wasn’t secured to the device and bounced out on landing. This provided us with an excellent opportunity to discuss the Third Law of Motion and seatbelts! 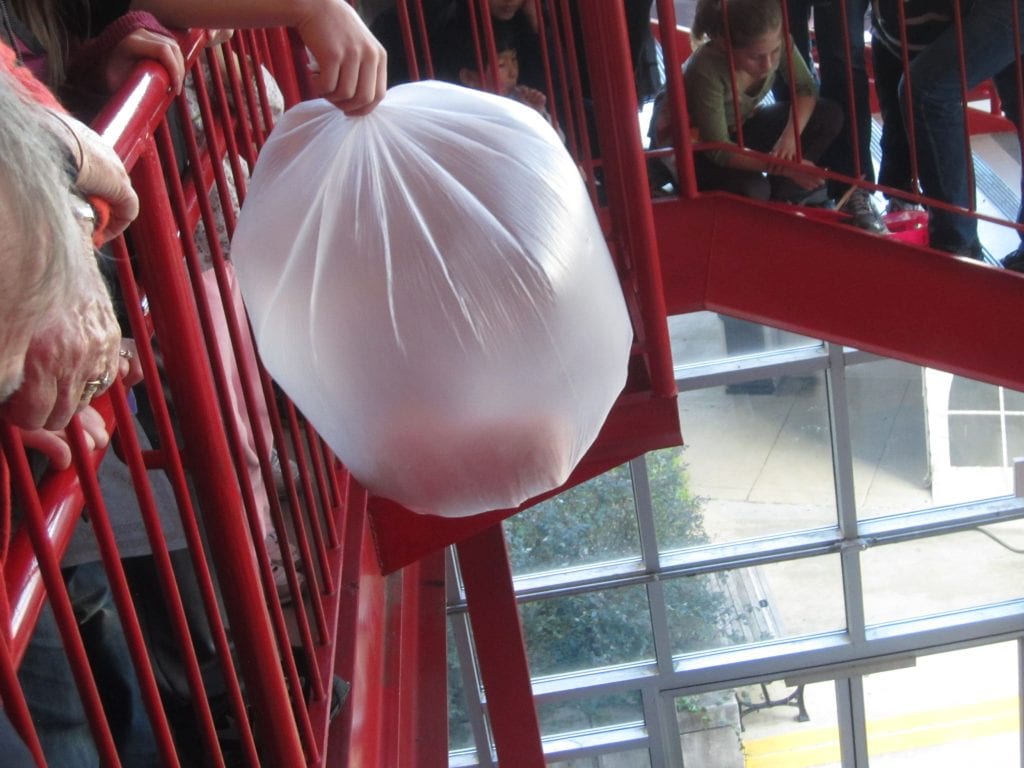 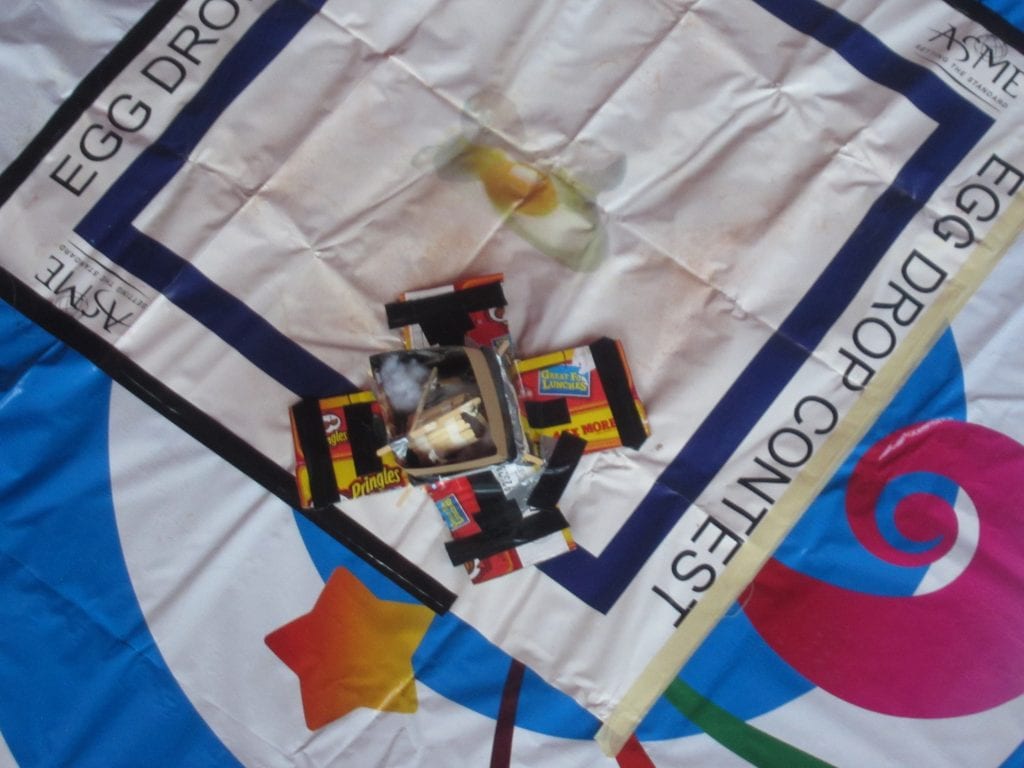 We figured this one would fail but the egg survived. There was a lot of padding inside the box and the flaps slowed it down as it fell. 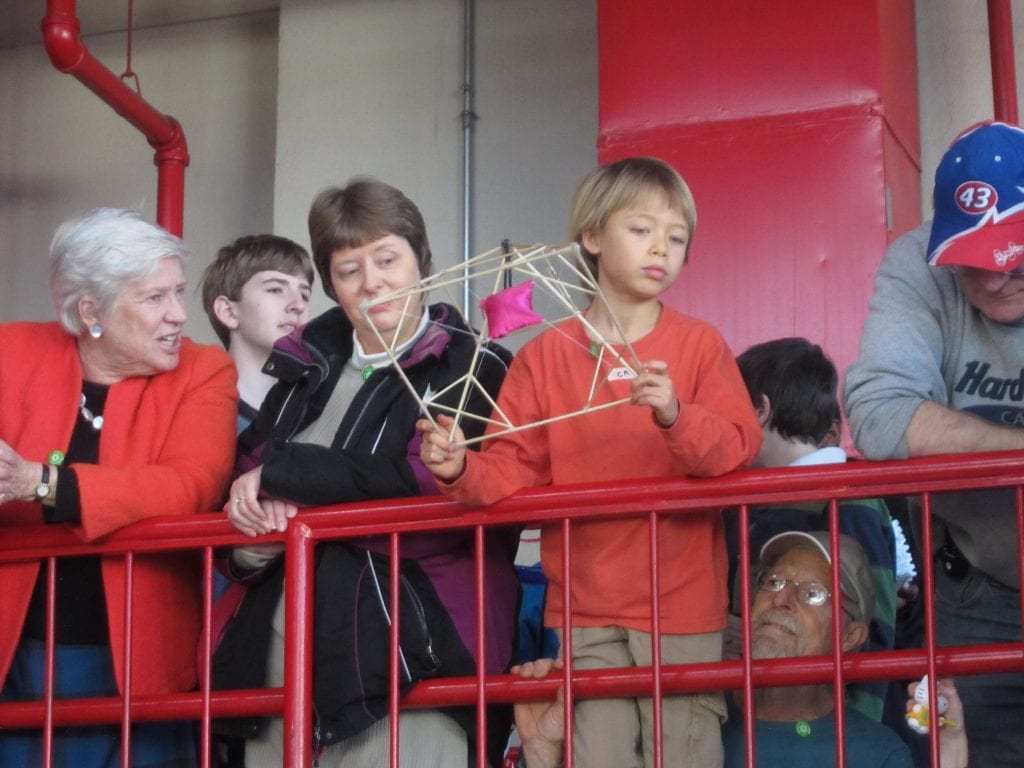 This was the most impressive design we saw! The egg was suspended with rubber bands and also had rubber bands wrapped around it on the long axis to strengthen it.

The children were most impressed. I haven’t missed any eggs from our fridge yet but I won’t be surprised if I do!