Posted on February 21, 2013 by Kyndra Steinmann

Toys seem to go through phases around here. Sometimes the only thing that is popular is the Legos, other weeks the children “cook” endlessly. Lately the thing that has been popular is blocks.

Bull started it. I showed him how to build little towers for Jack and his imagination took over from there. The others quickly joined him in seeing who could build the tallest towers. 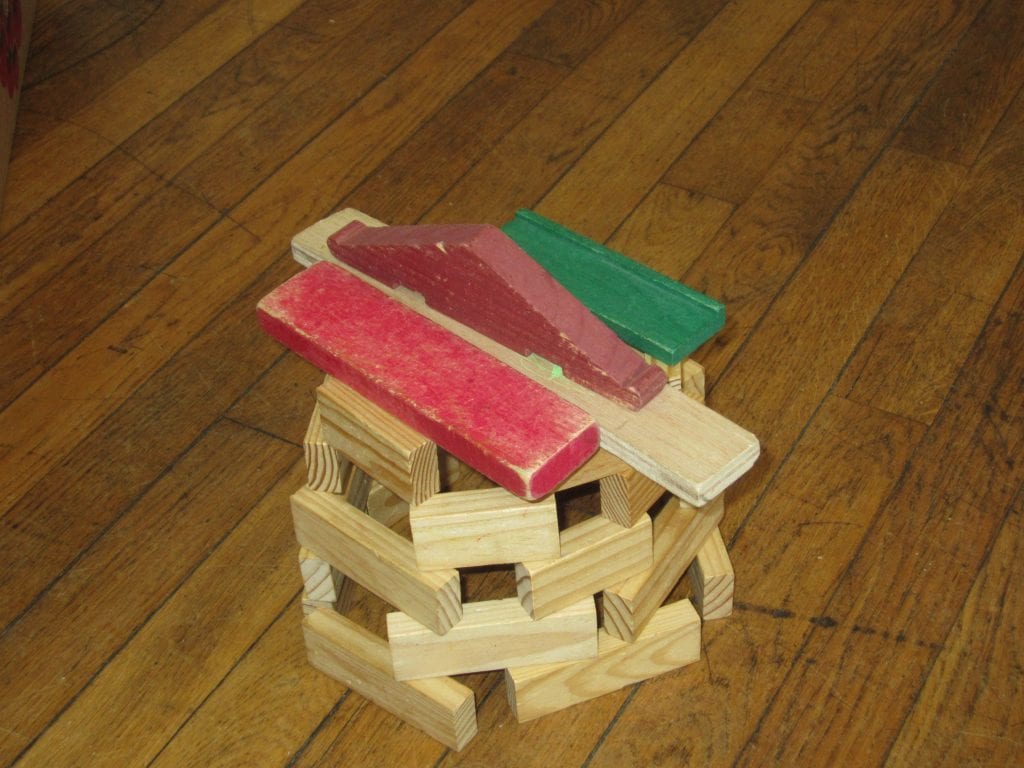 Then when we were at the Science Museum the other day for the Egg Drop we took a few minutes to wander through their new exhibit on buildings. What joy! A table full of blocks! 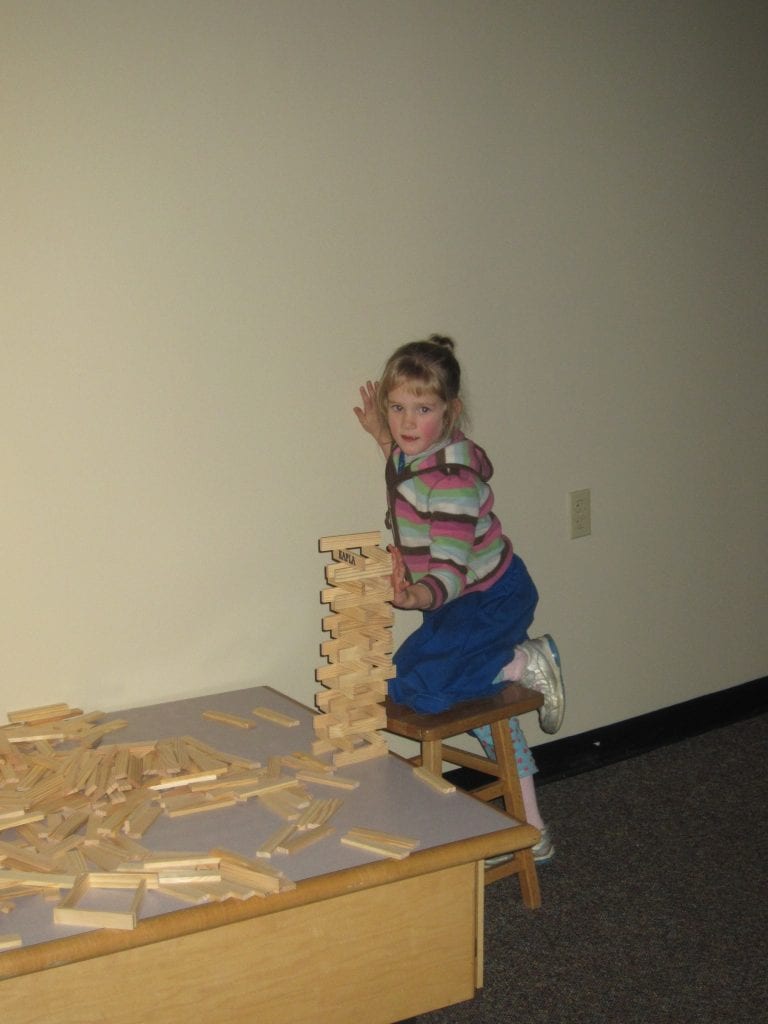 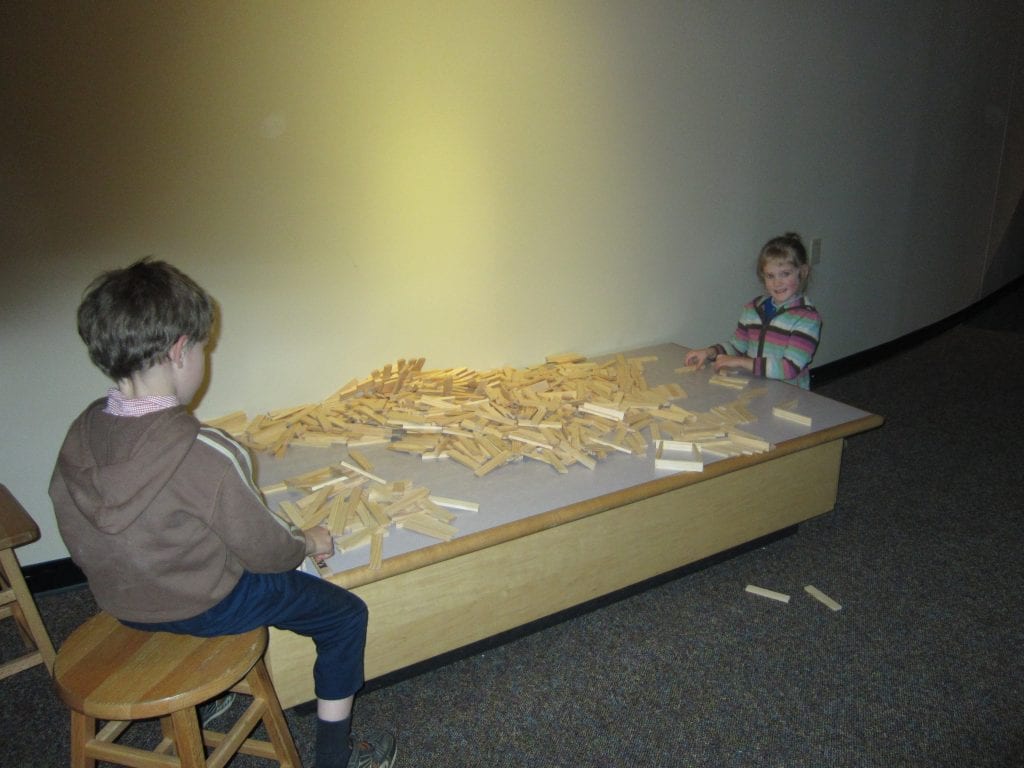 Who can build the highest tower? 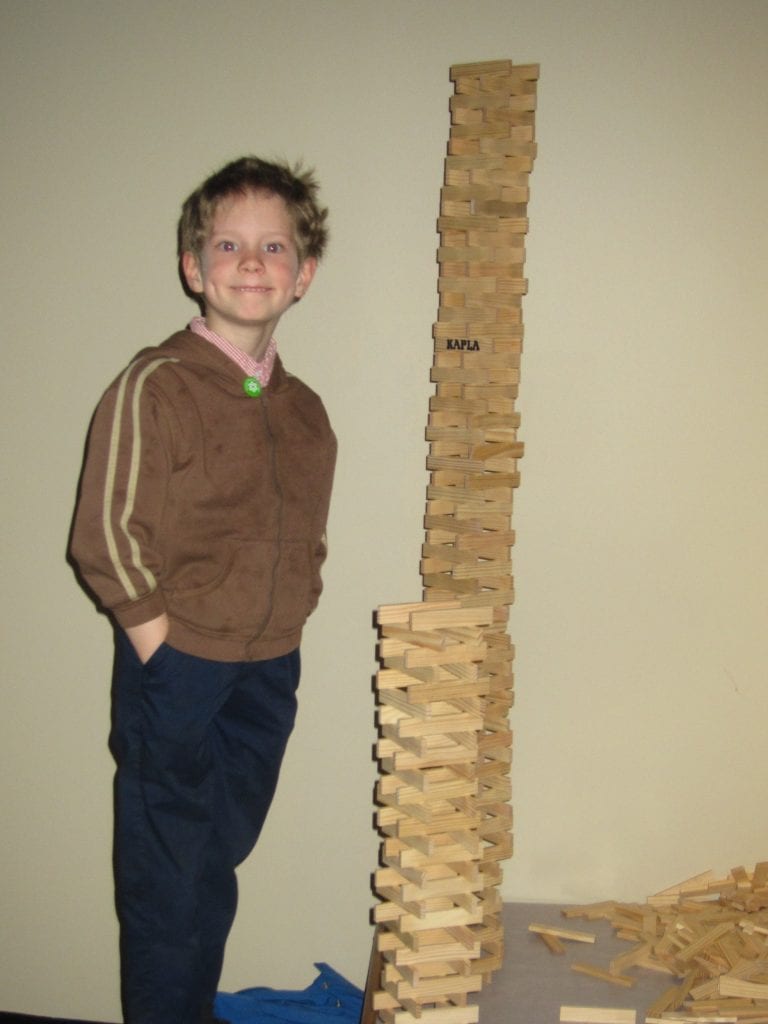 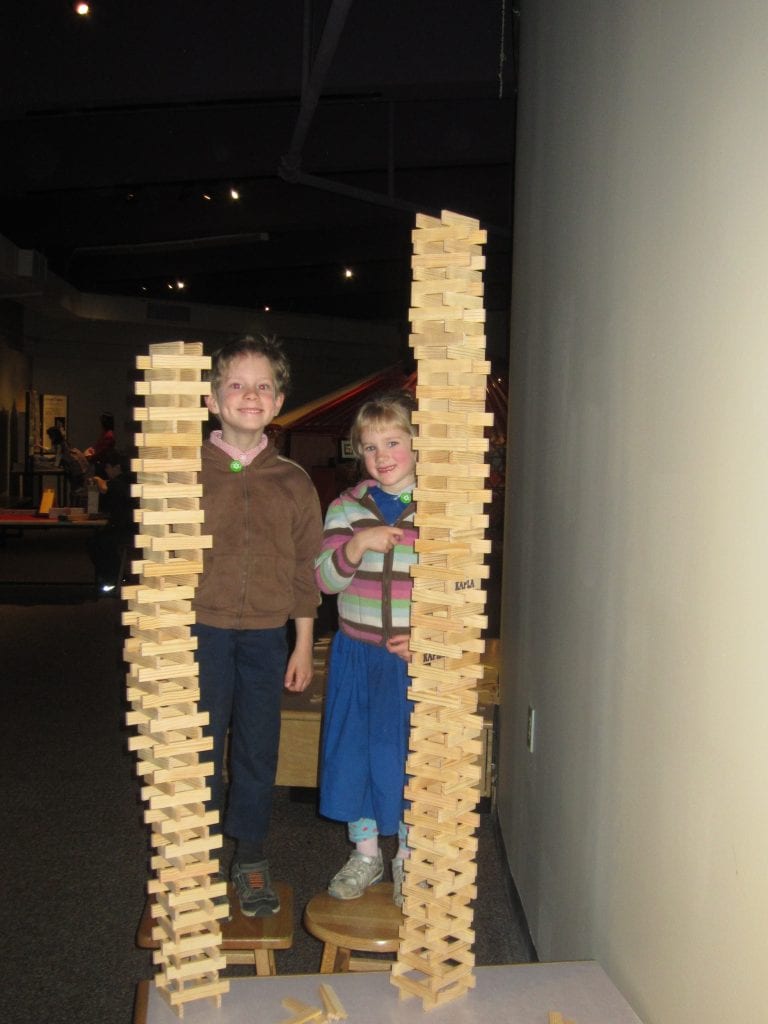 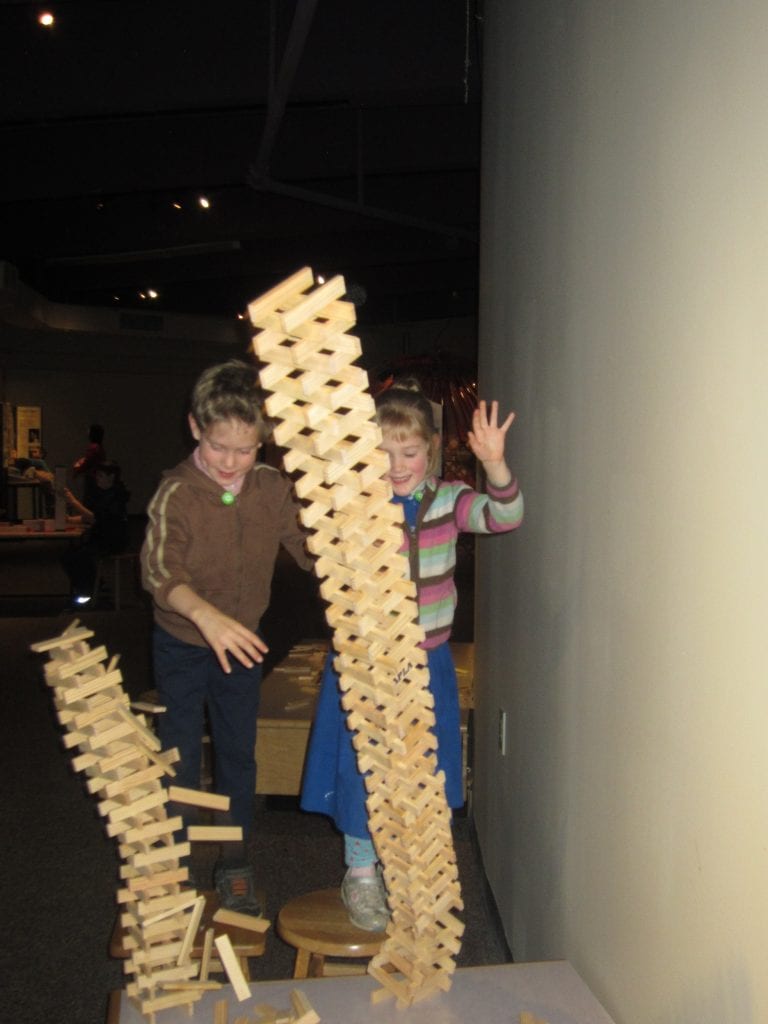