With a beach trip at the beginning of the week and doctor’s appointments at the end of the week we haven’t done much in terms of school this week. We did manage to do a little bit of geography while at the beach. I had brought the coloring books in case we needed some quiet activities, and when the time came we colored and discussed North Carolina (where we were) and Kansas (my brother is being posted there).

After last week’s post I went on Facebook and asked people to send the children a postcard from their state. We’re hoping to get one from each state (and maybe even some of the territories). The first four came right before we left for the beach: 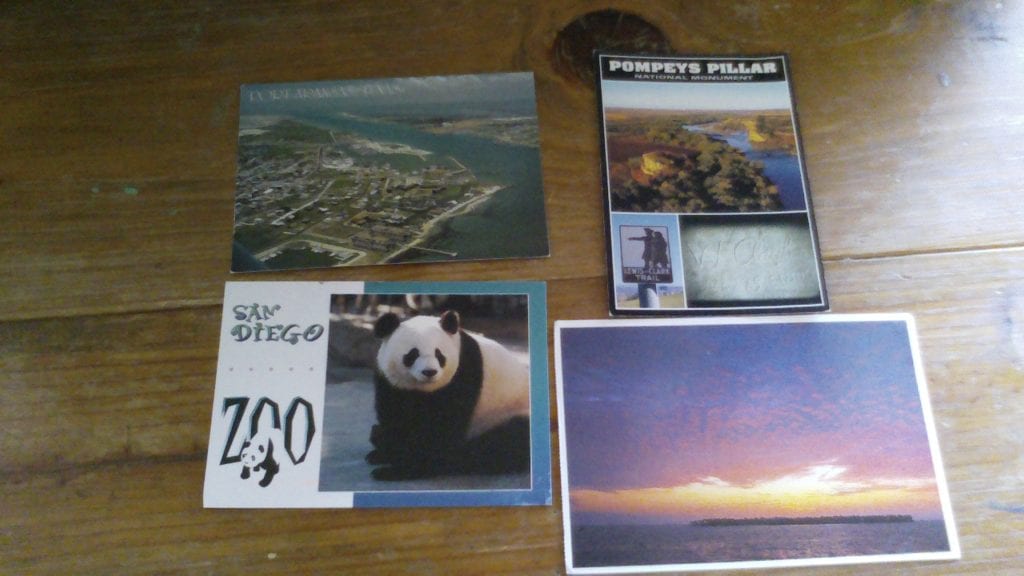 The first group of postcards- 1 for each child, from CA, TX, FL and MT

The one from Pompey’s Pillar was especially neat to the children as we just finished reading a biography of Will Clark. Pompey was his childhood African American friend who accompanied him on the Lewis and Clark Expedition. The postcard made the story more real for them.

We’ve set up a map on the dining room wall and are marking where the postcards have come from: 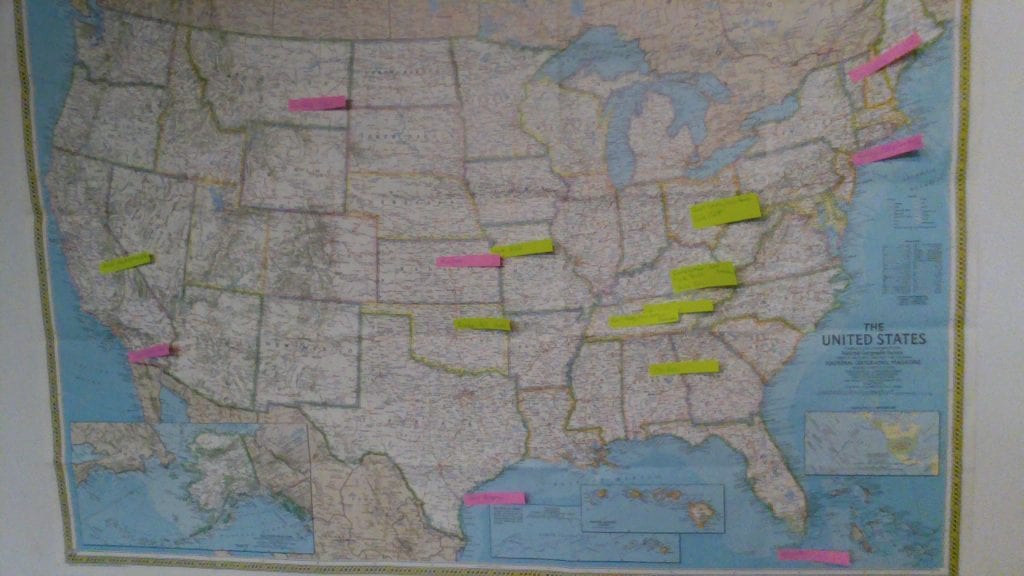 Pink flags are for states we've recieved postcards from, green flags represent people we know in those states.

These two are from a pair of cyclists who spent the night with us on their way from Key West to Maine. 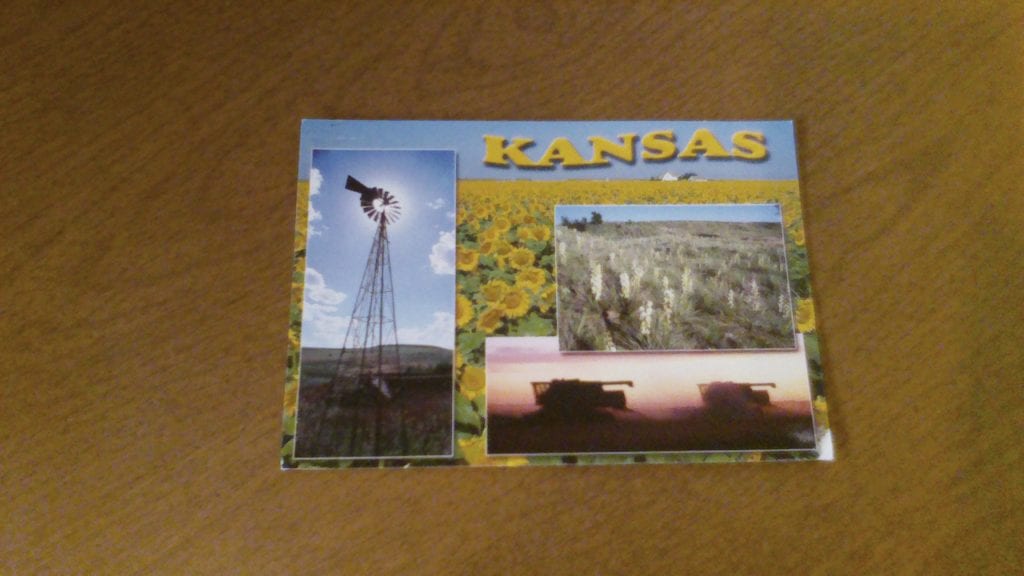 And this one is from the friend who made our wedding cake!