About two months ago Su came downstairs before bed with a burning question.

I had no idea so we grabbed the medical dictionary from the shelf and looked up the skeleton to discover the answer (about 200). She was fascinated by the labeled skeleton in the book and wanted me to show her where the various bones were on her body. We spent some time doing this before bed and I thought the incident was closed.

Nope. The next morning one of her first questions was “Where’s my sternum?”

This continued for several days and I realized that we needed to do a unit on the skeleton for her. Off to the internet I went and after some research was able to put together a little folder on the skeleton.

There was a surprising amount of good (not silly) information and worksheets available using such search terms as “skeleton to label” “skeleton to color” “types of bones” and so on.

I printed everything out and stuck it into a three-prong folder which she colored a skeleton for and I labeled. I put the folder on the shelf to wait until we had finished our study of birds. 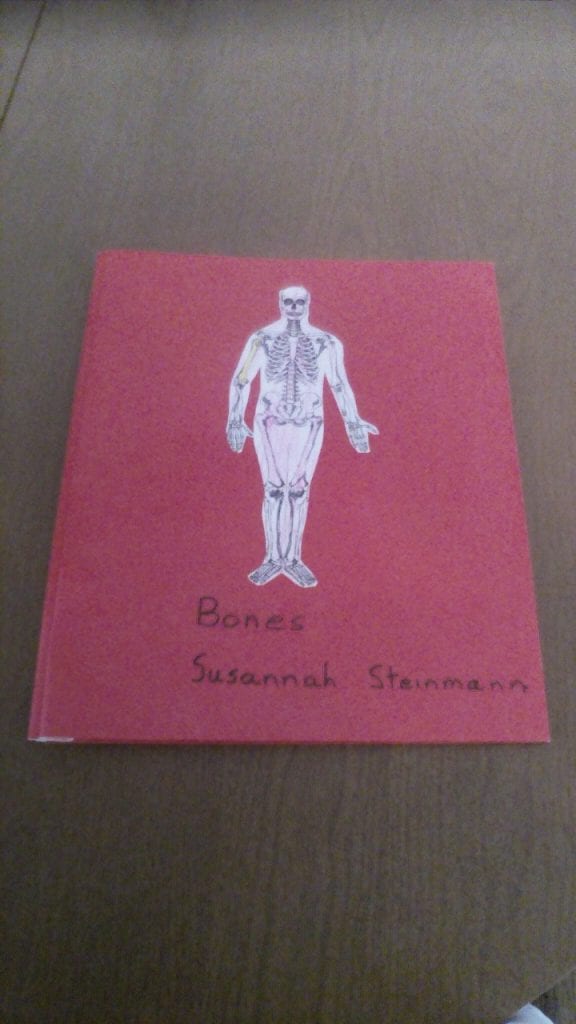 Monday was the first day of our skeleton study and we did the first project which involved coloring, cutting out and assembling a paper skeleton using brads at the joints. It was a relatively easy project (although I did complicate it slightly by covering the pieces in contact paper to make them a bit stronger). 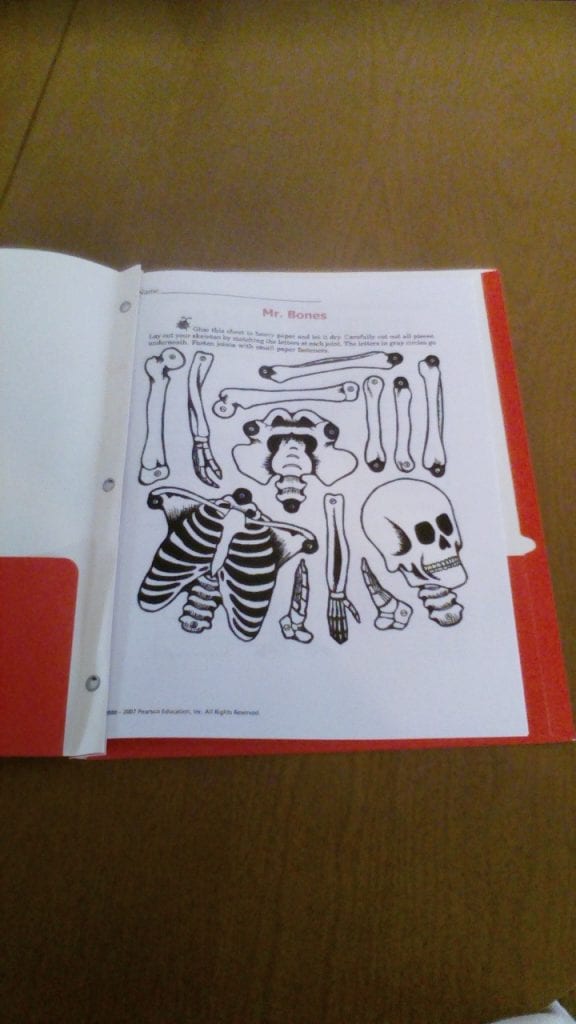 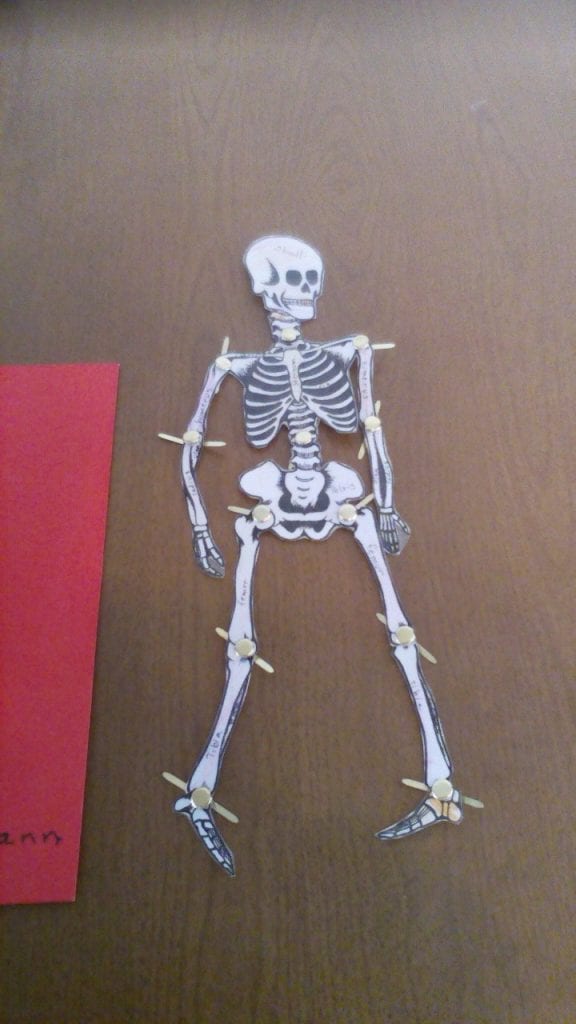 When we were done Su held up the finished project and had an immediate objection. 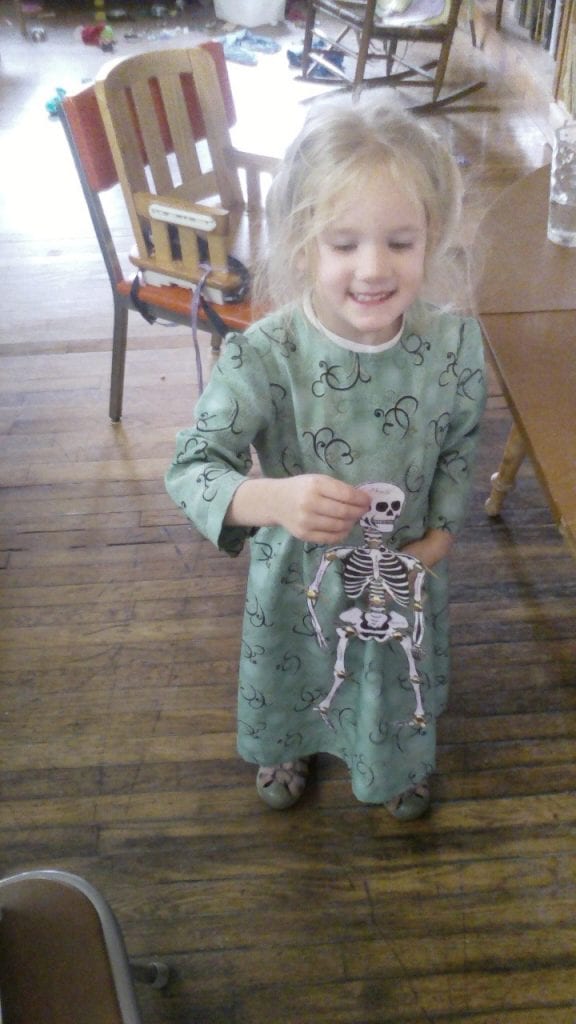 The neck, she pointed out, wasn’t realistic if it was fastened with a brad since it wouldn’t twist! Oh, well.

We then sang a round of Dry Bones using the actual bone names.

When F got home from school she asked him to read her all the bone names and then told him she thought the skeleton was the right size to be him.

“OK, “she said promptly, “It must be Mama then ’cause Papa would be too tall.”

And that’s how Su ended up with a skeleton named, Mama, as a favored playmate!