One of the things I have come to realize about Bull’s learning style is that he is much more kinetic than his siblings. Although he was slow to crawl and walk due to stomach surgery at 2.5 months, he is much more coordinated than then others were at his age and he loves to run, climb, jump and fall. I decided that I needed an approach that would incorporate his love of movement and need to handle things into his “schoolwork”

For the past year or so I have been reading Our Out of Sync Life so I decided to look at the ABC Jesus Loves Me curriculum developed by Heidi.

I started with a quick scan through of the first few weeks of the Three Year Old Curriculum and realized that not only was this something that I would enjoy using, it was very hands-on in approach and I could tweak it further to be particularly good for Bull.

I printed out two weeks of lessons, cut and laminated what I needed ahead of time and last Monday we started using it. 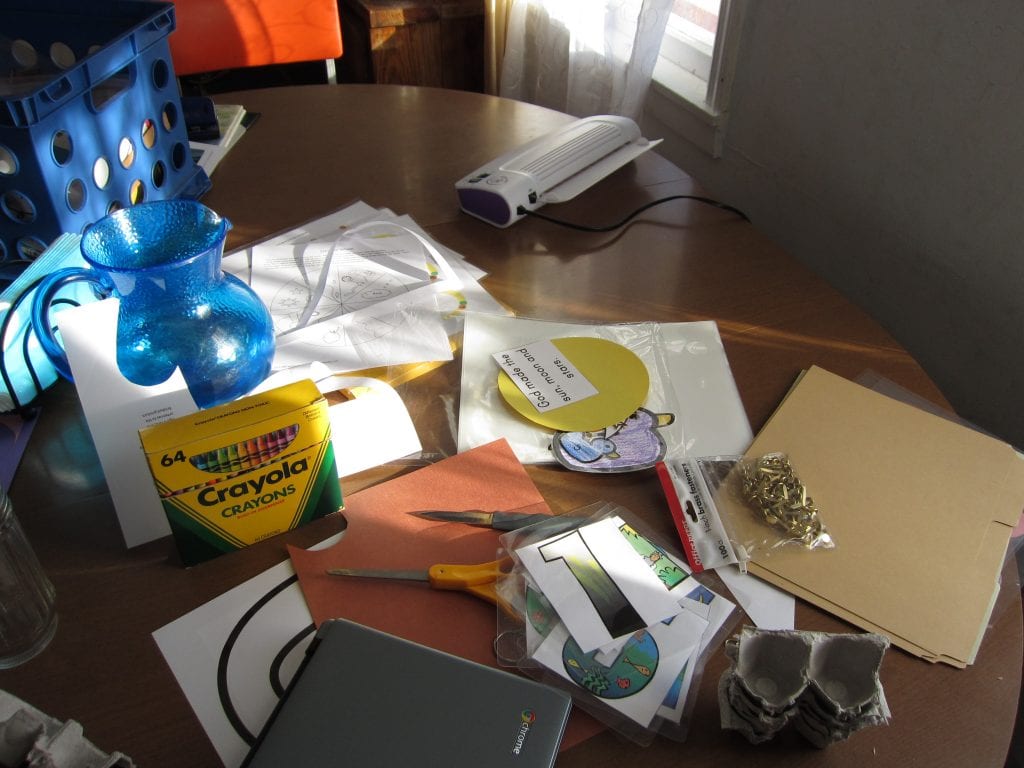 Printing, cutting and laminating the materials for two weeks took about an hour and a half.

The first day I gave Bull a set of a Mama Duck and Five Ducklings that I had printed out from the curriculum, colored and laminated. He helped me put magnets on the backs of them and we sang the “Five Little Ducks” with him acting out the part of the mother duck and my moving the babies around. After some coloring I sent him into the kitchen to play with his ducks on the fridge.

I drew on the fridge door with “wet-erase” markers (these are the ones you use on transparencies, they dry onto a wipable surface and can be erased with water). 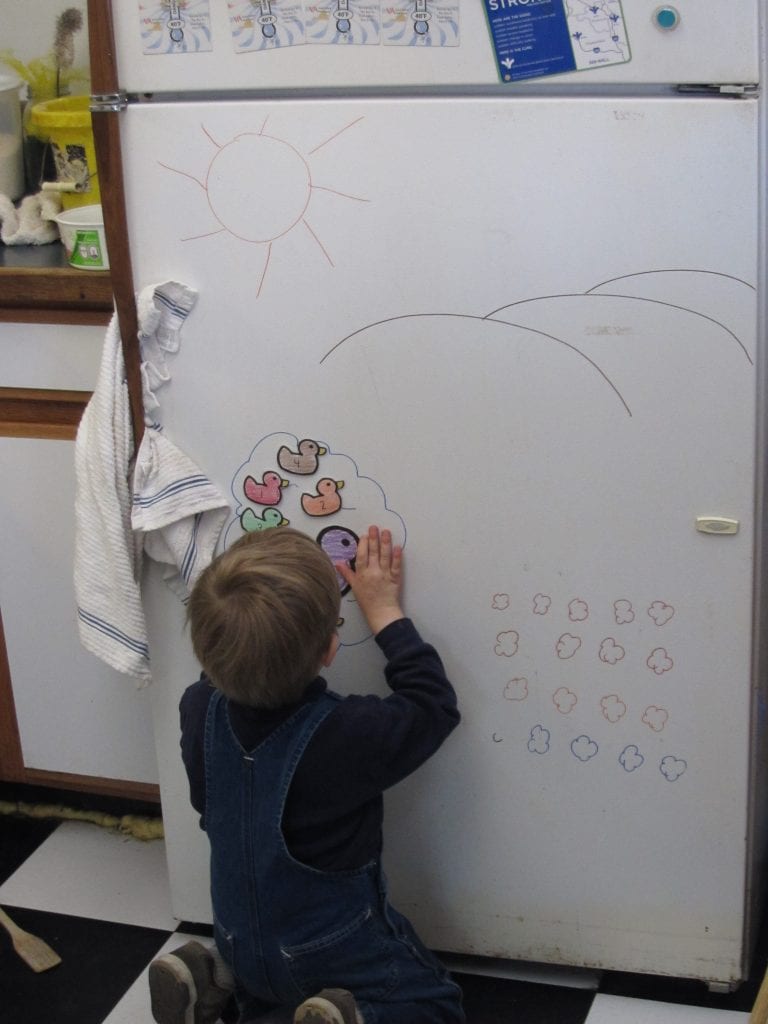 The fridge can be a wonderful learning center! 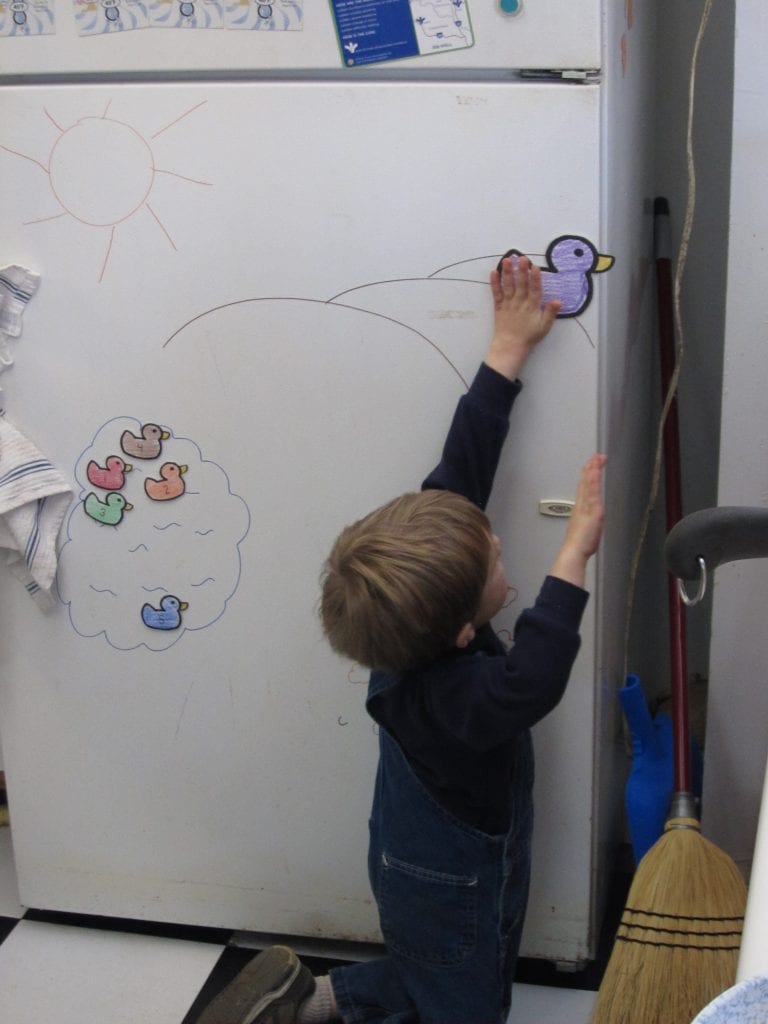 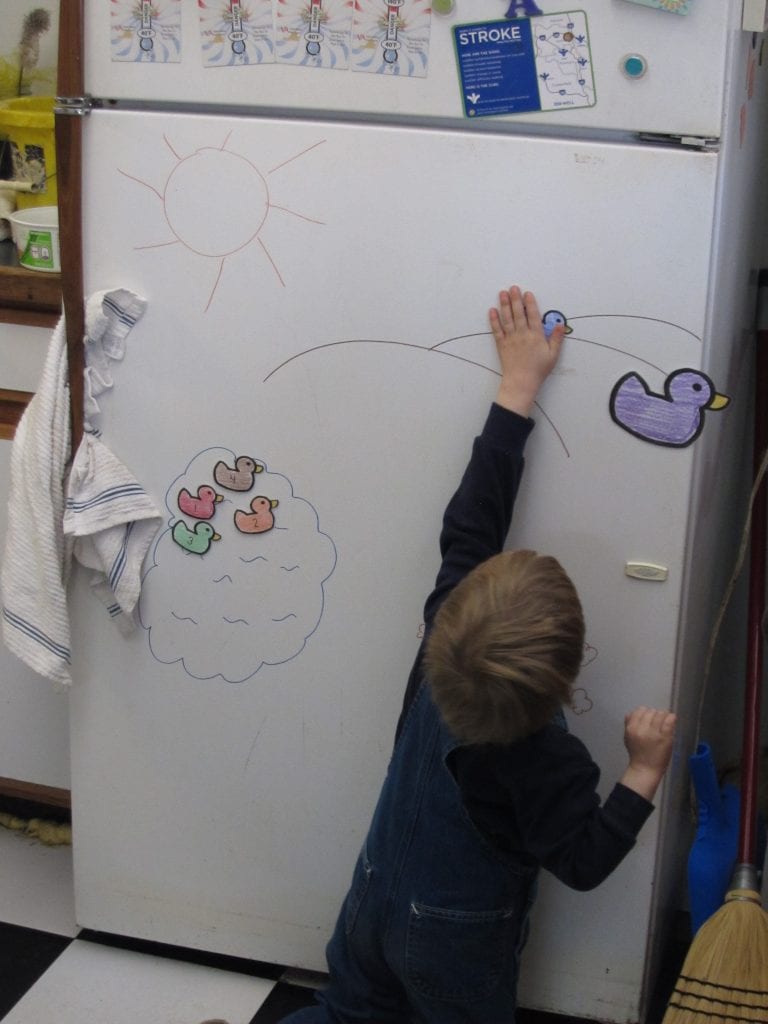 He told a long story about the ducks following their Mama around, and looking for things to eat.

All week he played with the ducks, counting them, lining them up and telling stories about them. By Friday he could remember what number came after 4 and identify the first five numbers with reasonable accuracy!

We are still doing his other workbooks too, but I am so pleased to have found a way for him to interact with his lessons in a way he enjoys and remembers.

Linking up to Welcome Home at Raising Arrows!